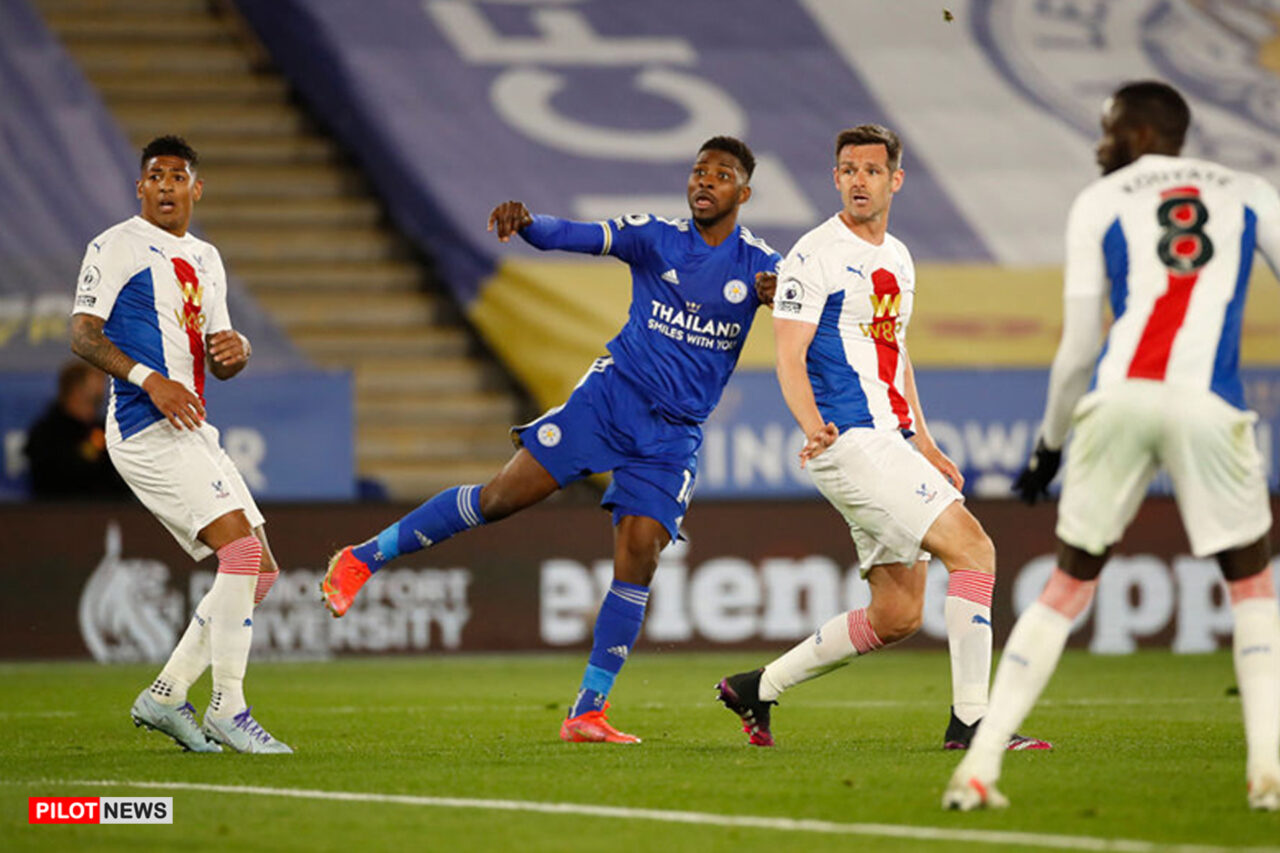 The forward’s late winner —— his 14th goal in 14 games —-clinched a 2-1 victory to leave the Foxes three wins away from booking a top-four spot.

Timothy Castagne had earlier cancelled out Wilfried Zaha’s opener as the Foxes, who sit third in the English Premier League (EPL), were forced to dig deep.

Inconsistent Crystal Palace, with no immediate threat of relegation, gave the Foxes a fright but are destined to finish in mid-table.

They were immediately on the back foot at the King Power Stadium when Iheanacho’s pinpoint pass found Jamie Vardy, who ran out of room trying to round Vicente Guaita.

The former England striker was also thwarted by Cheikhou Kouyate and fired over inside the first 10 minutes and would have been encouraged by the ease with which he found space.

Yet the Foxes found themselves behind from Crystal Palace’s first attack after 12 minutes.

Christian Benteke left Youri Tielemans in a heap in midfield and Leicester City were suddenly exposed.

Ebere Eze’s inch-perfect pass slipped Zaha in and the forward beat Kasper Schmeichel for his 10th top-flight goal of the season.

A home defeat to Crystal Palace was not in Leicester City’s script as they aim to return to the UEFA Champions League after a four-year absence.

But the early gaps in the Eagles’ defence disappeared as Crystal Palace closed ranks and dished out some thunderous challenges, especially on James Maddison and Iheanacho.

Caglar Soyuncu lashed over but Leicester City were out of sync, missing the spark which has kept them in the top four all season.

Maddison’s shot which went for a throw-in summed up their struggles.

They reached the break behind but their recovery began after just five minutes of the second half.

Tielemans’ ball found Iheanacho and he held off Kouyate to tee up Castagne, who fired in high past Guaita from 10 yards.

Zaha put Jairo Riedewald clean through and he drew Schmeichel before passing across to Benteke – only for Evans’ brilliant last-ditch tackle to deny the striker a tap-in.

Leicester City, though, began to regain some swagger.

Maddison and Vardy shot at Guaita, while Vardy’s celebrations were quickly cut short by an offside flag after he turned in with 20 minutes left.

But Vardy went closer to a winner 13 minutes from time when he swapped passes with Iheanacho and fired across goal.

Tielemans shot wide but Leicester City finally got the winner they had threatened with 10 minutes left.

Almost inevitably it was in-form Iheanacho.

When the striker collected Evans’ deep pass, he held off Patrick Van Aanholt, cut inside Scott Dann and lashed into the roof of the net.