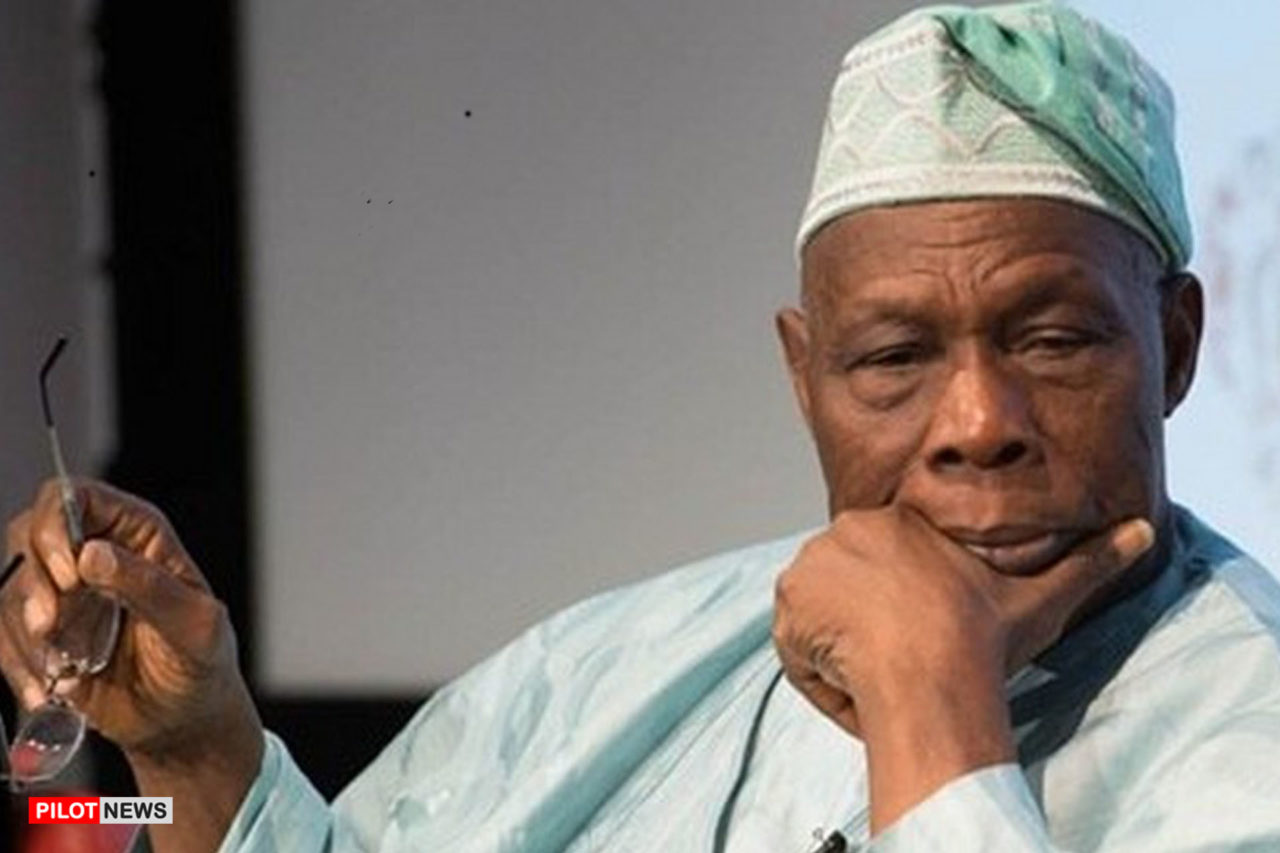 Obasanjo stated this in Abeokuta at his investiture as a Fellow of the Nigerian Institution of Surveyor (NIS) organized by the Ogun chapter of the Body of Fellows of the NIS.

The elder statesman called on agitators for the disintegration of the country to shelve the idea and work for the oneness of the country.

According to him, Nigeria should remain as one indivisible nation rather than for each tribe to go its separate way.

The former president who acknowledged that Nigeria is passing through challenges insisted that “disintegration is not the solution”.

According to him, any Nigerian who does not feel concerned about the challenges of the country is a human being without being human.

He said “It is better that Nigeria stays together and finds solutions to its challenges than for each tribe to go its separate way.

“I am a strong believer of one Nigeria, but not one Nigeria at any cost, but one Nigeria where every Nigerian can feel proud that he or she has a stake in this country.

“Those of us who have shed part of our blood and sweat for this country, we did so because we wanted a country where every Nigerian can claim as his or her own.

“I believe that if we talk among ourselves the way we should and if we change the narrative, I believe this is a great country.

“The fact that we are not making Nigeria what God wants it to be is not the fault of God, but our fault, particularly the leaders.”

Obasanjo, who noted that Nigeria’s diversity remained a major source of its strength, explained that disintegration would result in “weak republics”.

“One thing that gives us strength is our diversity. If all that we have is the Republic of Oduduwa for those who say so, members of that country will be diminished compared to being a citizen of Nigeria.

“Citizens of the Oduduwa Republic or any other republic borne out of Nigeria will be diminished compared to being citizens of Nigeria.

“In this age and time that we are talking about the reintegration of Africa for economic development, the disintegration of any country will be almost idiotic,” he said.

The former president wondered what would become of the over 300 minorities in Nigeria if the three major tribes went their separate ways.

“Where will the Jukuns or the Gbasama belong?

“The only reason they can raise their heads is because they belong to Nigeria.

“Are we thinking of them or are we just being selfish? We should note that It doesn’t matter what we do, we will still be neighbors.

“We had seen it before, India was broken into India and Pakistan, they are still at war till today.

“Yugoslavia was broken into different countries, they haven’t sorted it till today.

“Sudan was broken into Sudan and South Sudan, I don’t believe South Sudan is better for it and that is the truth,” he said.

The elder statesman who described Nigeria’s challenges as correctable and surmountable counseled that it would cost less for Nigerians to work together for the unity of the country than to break up and be perpetually in the war against each other.

“When that happens, we will be spending our money on building armies.

“I know what is involved in building and maintaining an army which may not necessarily be productive, let us think about it,” he said.

Obasanjo who stressed the importance of surveyors said the entire country should be surveyed to achieve economic development and transformation.

He, therefore, charged the body of surveyors to draft a proposal for the national survey of the country and present it to the Federal Government.

“When I was the president of the country, the project of surveying the entire country began, but it got stuck and I don’t know where the project is now,” he said.

In his address, Mr. Ademola Adewale, the chairman of the Ogun chapter of NIS disclosed that his members had concluded plans to produce a unique digital map of the state.

“This will make us self-sufficient in geospatial information and will affect all sectors positively and thereby increase the state internally generated revenue (IGR) geometrically,” he said.