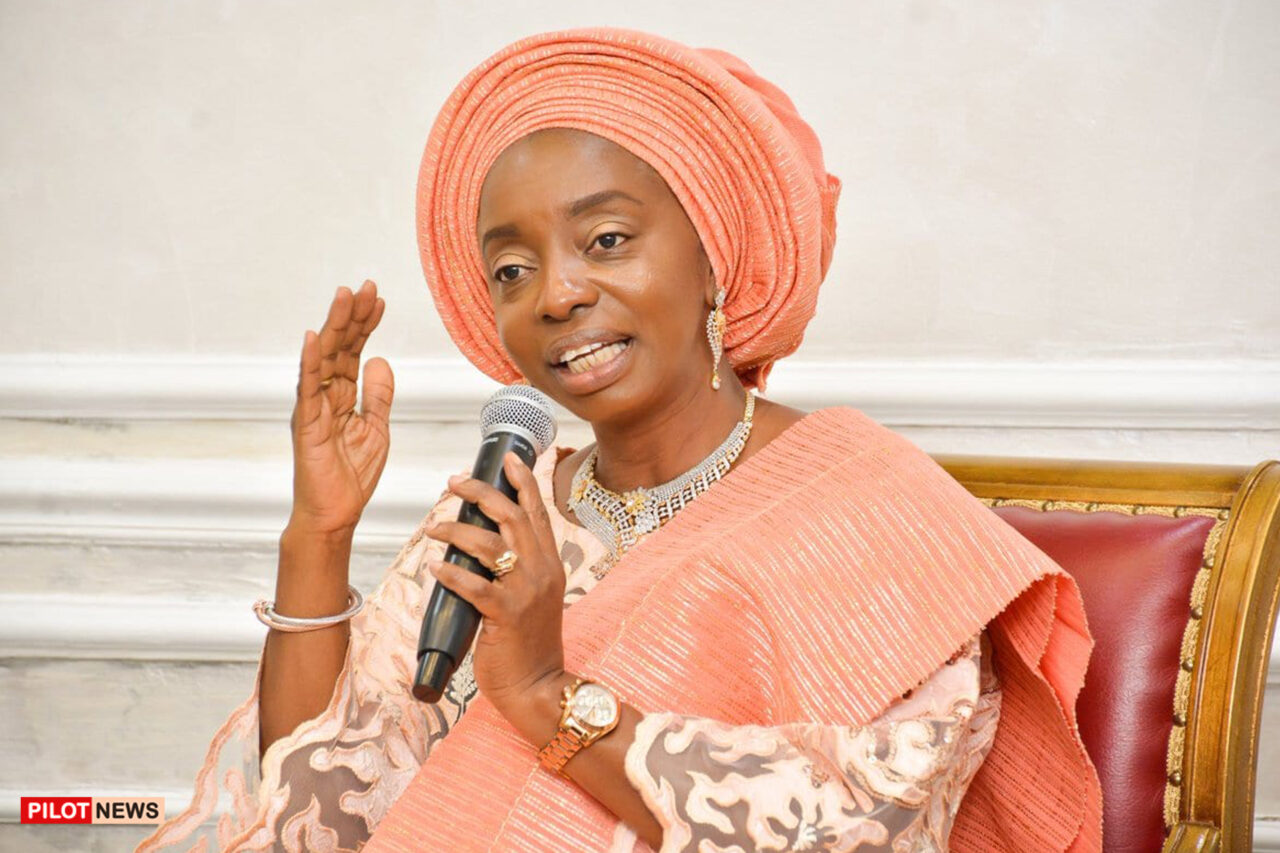 LAGOS — The wife of the Lagos State governor, Dr. Ibijoke Sanwo-Olu, has advised women to take advantage of the various empowerment initiatives of the state government.

She gave the advice at the 4th Annual Women And Half Conference, with the theme, “The Wind Beneath Her Wings,” at the Civic Centre, on Saturday in Lagos.

Sanwo-Olu said the conference was a veritable platform to engender credible advancement and self-development for women.

The event sought to interrogate and deepen the conversation around a strong support system for women with a view to helping and encouraging them to nurture and develop their potential.

“I seize the opportunity of this platform to urge women in Lagos State to take advantage of the various initiatives of the government.

“Through the Ministry of Women Affairs and Poverty Alleviation as well as other critical ministries, departments and agencies of the state government, various initiatives are in place to support women and youths.

“This is because the government appreciates the need to harness the potential of women and the bulging youth population in order to place them at a vantage position to contribute to national growth and development.

“Through the Lagos State Employment Trust Fund (LSETF) the government is providing funds for women entrepreneurs and creating a more conducive space for start-ups, small businesses, and entrepreneurs,” she said.

According to her, the LSETF has launched an N4 billion programme to empower Lagosians with ingenious business ideas.

She said the funding was in line with the philosophy of giving opportunities to women, and that fifty per cent of the beneficiaries were listed as women.

In the area of ensuring a sustainable environment, Sanwo-Olu said the state government had launched the “Blue-Box Programme” aimed at deepening waste sorting from source.

She said the policy would benefit women a lot in respect of job creation, and that the initiative was also designed to achieve a cleaner, healthier and more sustainable environment.

Sanwo-Olu also said the state government, through a tripartite partnership with the Federal Government and the World Bank, was implementing a special grant to support farmers through the agro-processing productivity enhancement and livelihood improvement support project appeals.

According to her, this grant will support rice farming, poultry production and aquaculture.

She said out of the 10 beneficiaries of this programme, 35 per cent had been earmarked to be women and another 10 per cent would be to people with disabilities and the youth.

Mrs. Chile Frank-Udemgba, WAH Convener, commended the governor’s strong support for women, saying the theme of the conference was apt.

“I commend the governor for these laudable initiatives all geared towards supporting women.

“The Wind Beneath Her Wings is a carefully selected theme for this year’s edition because we recognise that we cannot be women without strong support systems, especially from men.

“The governor has shown this in all his programmes for women because he has seen the strength and tenacity of women,” she said.

Frank-Udemgba, therefore, expressed the hope that the WAH initiative could in time build a strong network of sisters that would be enduring.

The conference had an all-male panel that discussed the theme with questions asked, real-life experiences shared and advice on how women could reach the highest peak of their potential with men by their side.