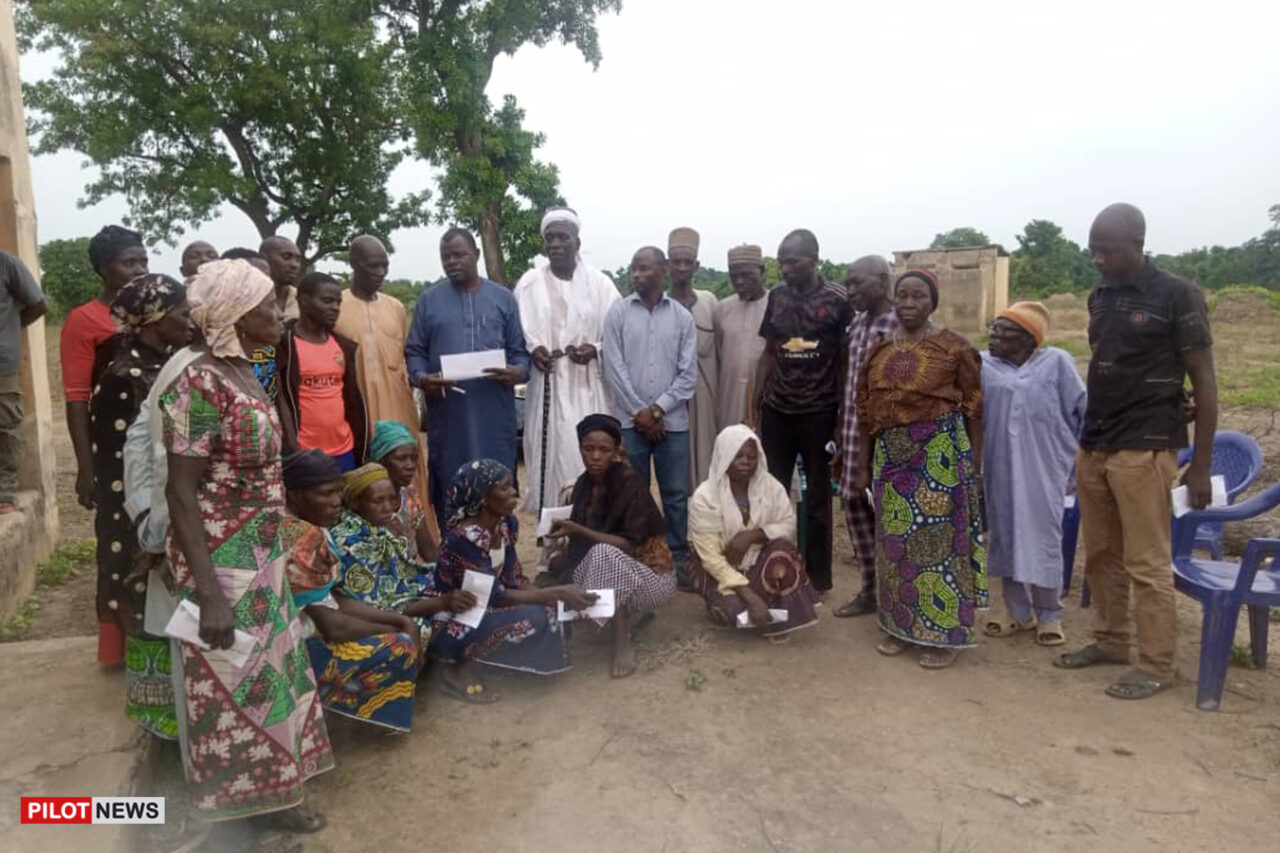 YOLA — Following the killing of 19 persons with four others wounded and property including houses worth millions of naira destroyed by gunmen during recent attacks on Dabna community of Hong Local Government Area of Adamawa state, members of the Njirhoba group has presented an undisclosed amount of money to 27 persons affected by the catastrophe.

Presenting the money to the beneficiaries on behalf of the Association at Dabna Mrs. Margaret Kwa’ada Julius, (W.H.O WNTD ̀2021), Award Winner in West Africa said the money is not compensation, but as a respite to cushion the effect of the attack.

Mrs. Julius while wishing the injured ones quick recovery, urged the families of those who lost their loved ones in the attacks to take solace in God, and prayed that such an unfortunate incident will not befall any part of Kilba land.

She said the group was formed to assist the Hoba community in whatever situation regardless of faith or political leanings.

“One of the objectives of the group is to stand for each other and Hoba community in good/bad moments of life.  We all came out of one man’s loins so we are one family in respective of our faith or political believes. Hoba is one!  we cannot be separated.”

“The Njirhoba is not a religious or neither political group nor partisan, but an eye-opener to Hoba culture, thus building the love and unity of Hoba globally.”

“The Njirhoba group is to bringing together Hoba in one platform, we have many of our families abroad, even though we have Hoba Development Association (HDA) in all states, the Njirhoba is an awakening to all Hoba to connect to the HDA,” she added.

Mrs. Julius thanked Engr Umaru Hassan and Sardaunan Gaya Akila N. Ahinda for their sacrifice and ensure that all property and funds realized were delivered to the communities.

In a remark, Engr. Hassan Umaru who was entrusted with the task of collection appreciated all those who contributed either materially or financially.

Receiving the money, the District Head of Dugwaba Mr. Simon Yakubu thanked the group for the gesture and prayed to God to reward those who contributed in any form towards assisting the victims.

Njirhoba group had also recently donated cash and clothes to Kopre victims of the attack in Hong Local Government Area as part of the effort to assist the victims to overcome their challenges of life.

Speaking on behalf of the beneficiaries, the Village Head of Dabna, Ibrahim Hamman expressed delight with the humanitarian assistance rendered by the group.

OPINION: How Governor Obiano Failed the Test of Governance