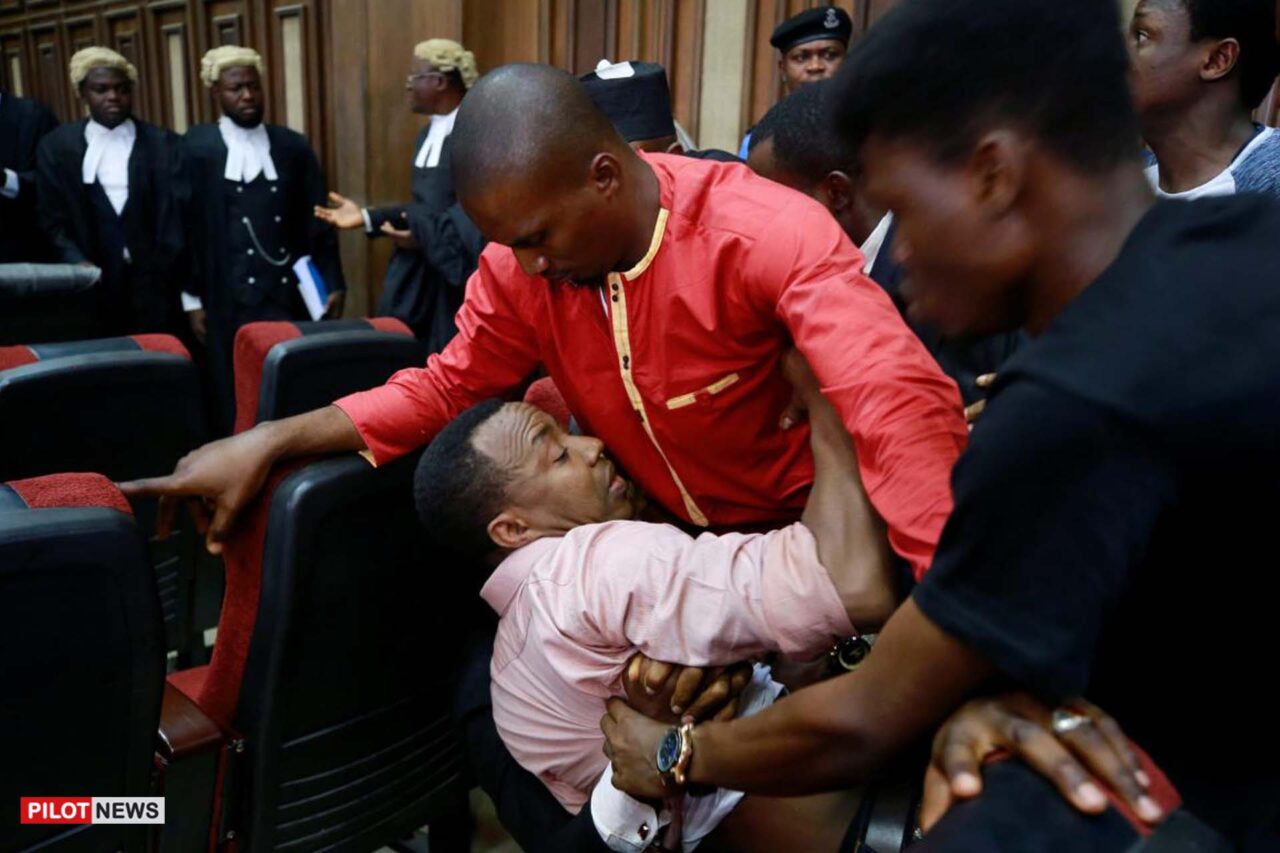 The Nigerian government under President Muhammadu Buhari has launched a sustained attack on media freedom in Nigeria.

In recent months, Koo, Twitter’s Indian rival, has begun advertising to Nigerians with the support of a powerful brand ambassador: President Muhammadu Buhari. The endorsement comes more than two months after Buhari banned Twitter from Nigeria, in response to the social media company deleting a controversial tweet from Buhari threatening violence against supporters of a secessionist movement in the South East.

Endorsing a specific media company is just the latest development in the government’s ongoing attempt to suppress free expression.

Last month, the National Broadcasting Commission (NBC), Nigeria’s media regulatory body, issued a letter to broadcast stations in Nigeria requiring them to downplay the worsening security situation in Nigeria, particularly, the threats of Boko Haram and banditry. NBC justified their position by arguing that reporting these issues has a tendency to ignite more violence. This explanation might have merit if the government had not been progressively rolling back rights to free speech. For example, last October, after the #EndSARS protests against police brutality, NBC fined media organizations for reporting on the protests.

Nigeria is ranked 120 on the World Press Freedom Index, a drop of five spots from its ranking in 2020. Reporters Without Borders describes Nigeria as “one of West Africa’s most dangerous and difficult countries for journalists,” and the situation seems to be getting worse.

Following the Twitter ban, NBC directed all social media platforms and online broadcasting service providers operating in Nigeria to apply for a broadcast license. This was followed by a controversial amendment to the NBC Act which sought to stifle media organizations. These actions have prompted huge protests from all the major media houses in Nigeria, with each outlet publishing a front-page advertisement campaigning against undue media regulation in the country.

In a political environment where the government has shown its proclivity for dictatorial action, restrictions on free speech pose significant challenges for civil society. The failure to report news freely could lead to a situation where the government controls what is regarded as fact or fiction. This portends grave consequences, especially for a country that is facing its most significant security challenges since the 1967 Civil War.

For over a decade, Nigeria’s North East region has been a theatre of an insurgency that has led to the deaths of more than forty thousand people and the displacement of more than two million people. The region still suffers the devastating effects of this conflict particularly on women, children and other vulnerable groups. The country’s North West region, meanwhile, faces rampant banditry: more than two thousand people have been victims of kidnapping since January, including hundreds of school children. The continuous reporting on these conflicts provides citizens with information about their severity and their impacts on fellow Nigerians. With this information, people can maintain pressure on their government to better address insecurity. Moves to minimize reporting of conflict situations in the country silence millions of victims who otherwise have no power to be heard at the national level and trivialize their sufferings for the sake of saving the government from embarrassment.

The Buhari administration’s inability to contain the country’s insecurity is only getting worse. In the South West, calls for self-determination are growing; the South East is on the verge of an insurgency led by supporters of a renewed Biafran separatist movement. Suppression of Nigerian media seems to be a desperate attempt to keep Nigerians in the dark about how little the government has been able to deliver on its promises to curb insecurity.

If the government succeeds in its latest attack on press freedom, there is no reason to think it will stop any time soon. With general elections two years away, laws and regulations that restrict the media could hinder reporting on electoral irregularities—particularly if they are perpetrated by the ruling party. Some people have argued that the intensified focus on restricting free speech is part of the ruling party’s plan to cement itself in power ahead of the general elections.

Many of the government’s supporters have argued that improper reporting of conflict news—both on social or mainstream media—could exacerbate deep divisions in the country, then leading people to take laws into their hands. While this is a potential risk, it should be stated that the country already has laws in place to address this risk and punish offenders. For example, the Cybercrimes (Prohibition, Prevention, etc.) Act (2015) [PDF] addresses threats to cyberspaces, including internet usage and safety with regard to preventing and combating cybercrimes. The Defamatory and Offensive Publications Act (1966) also exists to criminalize defamation. The government’s focus should be to implement these laws rather than continuously chipping away at freedom of the press.

In his 2015 inauguration speech, President Buhari stated that democracy is the chosen route to national development and pledged to “consciously work the democratic system.” Safeguarding free speech and guaranteeing fundamental freedoms are responsibilities of a democratic government. It is important that the government strives to fulfill these responsibilities.

This publication is part of the Diamonstein-Spielvogel Project on the Future of Democracy.  It first appeared in CFR