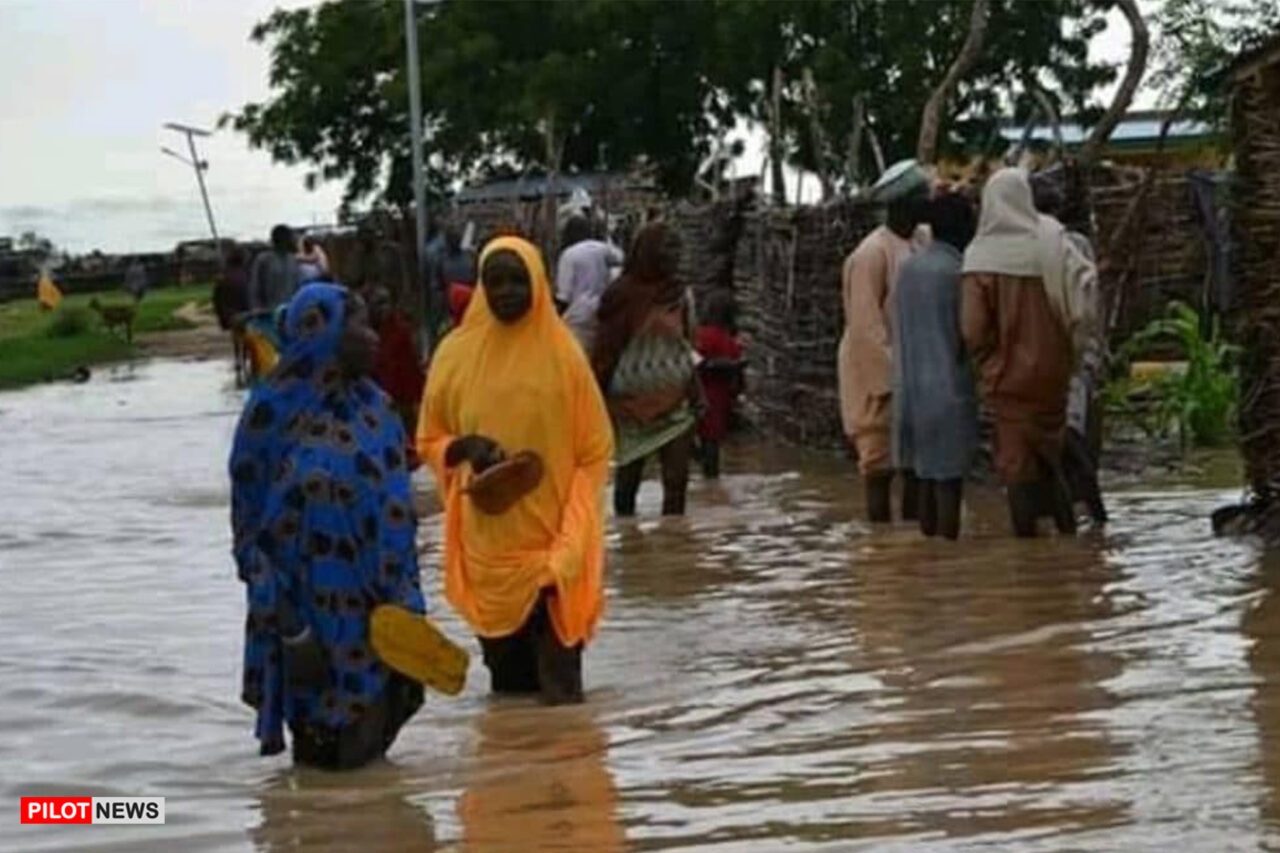 At least, seven deaths have been recorded from floods that ravaged several communities in Yobe State, the authority said.

It was also said that not less than 450 households were affected by the incident.

The flood was a result of a heavy downpour that lasted several hours on Sunday.

One of those who suffered heavy losses was Falmata Ali, whose two children drowned while sleeping.

The sobbing mother called on the relevant authorities to provide a permanent solution to the flood that has become an annual episode in the state.

All persons killed by the flood were residents of Potiskum Local Government Area (LGA) where at least 250 households were affected.

While about 249 households were also affected in Nguru LGA, authorities have yet to ascertain the number of those affected in communities in Damaturu, the state capital.

According to the Commissioner for Humanitarian Affairs in Yobe, Garba Iliya, the state government has directed the State Emergency Management Agency (SEMA) to assess and respond to the plight of the victims.

The Executive Secretary of Yobe SEMA, Mohammed Goje, explained that the emergency agency had already dispatched a search and rescue team to the affected communities to assess the level of damages caused by the flood.

Goje added that the team has been working hard to ensure those affected were properly taken care of while several affected households have been provided food and temporary shelter.

He also confirmed the number of households affected in the various communities.

Just like Faltama, residents of the communities have appealed to the government to provide a lasting solution to the issue of flooding in the state.

Some of them told reporters in Damaturu that the issue of perennial flood has become an annual crisis as they asked the government to proffer short and long-term measures to address the crisis.

“It rained heavily on Sunday,” said Adamu Ibrahim who spoke in Hausa. “It started around 12 midnight to 3am, and suddenly in the morning, the flood came from the South.

“About 150 households were affected in this area. We want the government to evacuate the water channel because we are approaching the peak of the (rainy) season.”

Meanwhile, the North East Development Commission (NEDC) has distributed food and non-food items to the victims.

The NEDC Acting Coordinator in Yobe, Garba Ajiyabo, revealed that the commission was targeting 3,516 victims for a start.

As the rainy season nears its peak, the residents are hopeful that the government will take proactive measures to prevent a reoccurrence.