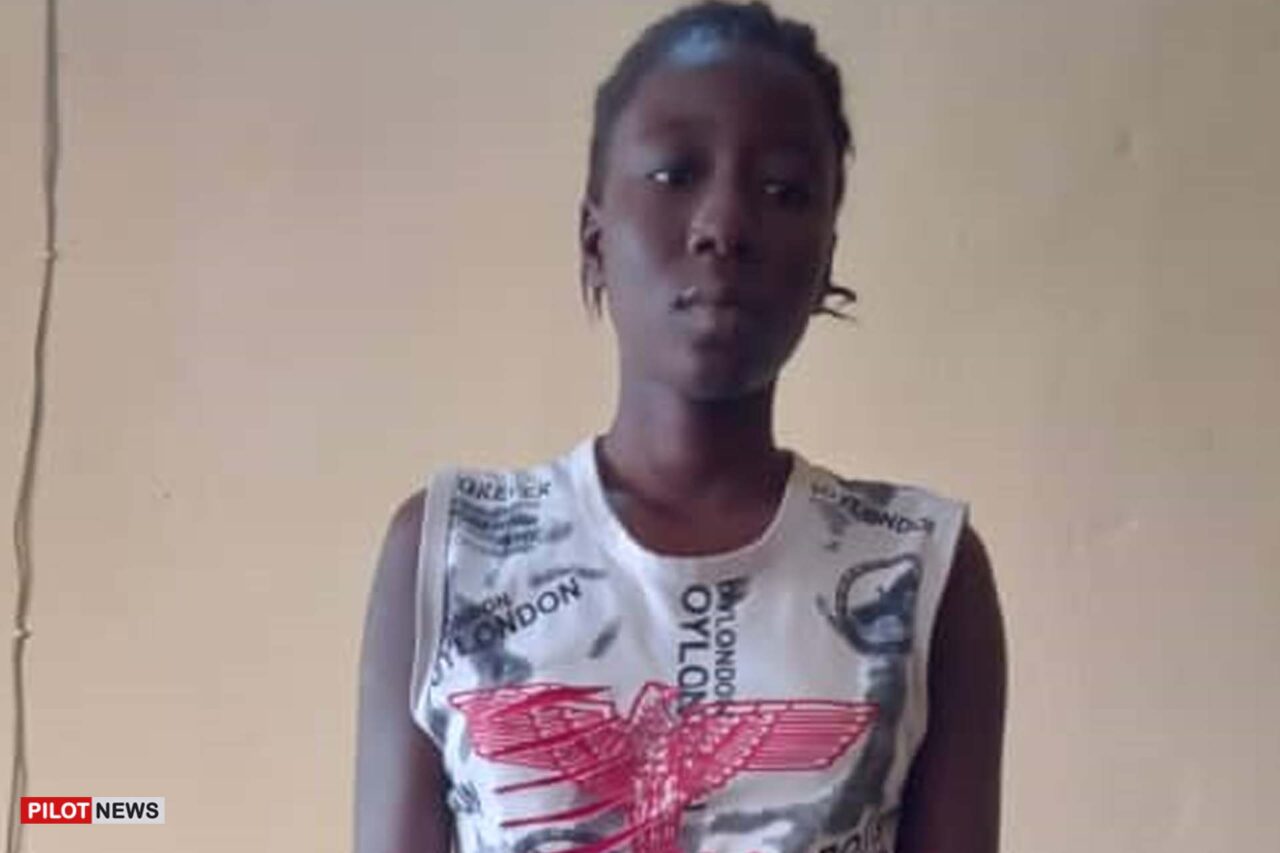 According to a statement by the Adamawa State Police command spokesman DSP Suleiman Yahaya Nguroje, the suspect allegedly stabbed the husband for refusing to divorce her as she demanded.

The statement read in part: “The Adamawa State Police Command, on 7/9/2021 apprehended a 19-year-old wife for stabbing her 35-year-old husband to death.”

“The suspect, Rumasau Muhammed a resident of Wuro Yanka Village, Shelleng local government area, stabbed her late husband Muhammed Adamu with a knife after seeking for divorce and the deceased refused to pronounce such divorce.”

“Angered by his refusal to divorce her after several requests, the suspect used knife and stabbed him on his stomach as a result of which he fell down unconscious and was rushed to the hospital where he was confirmed dead.”

“The suspect was apprehended by the Police in Shelleng Divisional headquarters, following a report received from one Jophas Johnsley a friend of the deceased.”

“Investigation so far reveals that the suspect was forcefully married to the deceased by her parents against her will on the 6/8/2021 and the marriage lasted for only three weeks before the ugly incident.”

“The commissioner of police, Aliyu Adamu Alhaji, having directed for discreet investigations into the matter equally advised members of the public to avoid compelling their subjects into early and forceful marriages.”

“In the same vein, the police boss has directed for immediate prosecution of the suspect so as to serve as deterrent to others from doing likewise.”

Kaduna State Government Reacts To Rumours Of Shut Down Telecoms

OPINION: Coups Are Back in West Africa