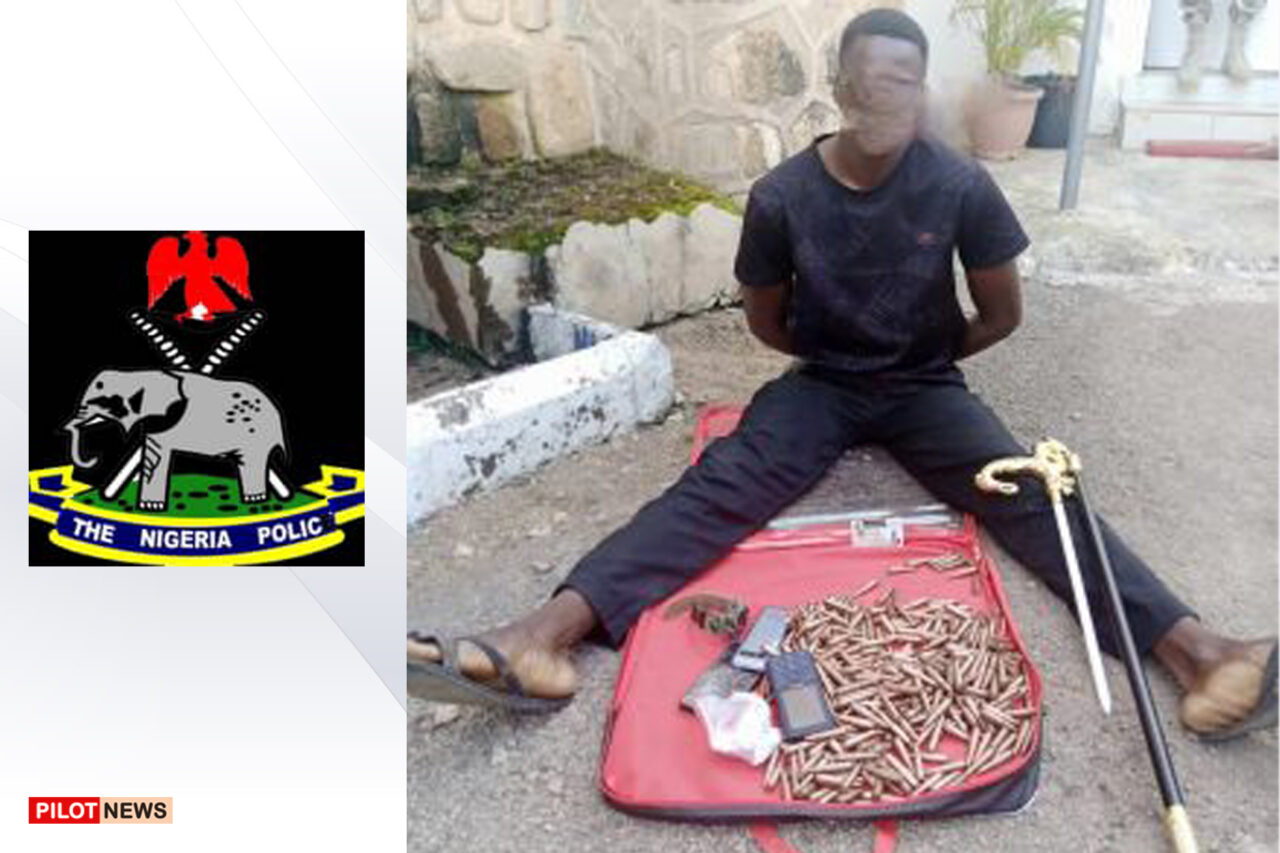 JOS — Troops of the Special Task Force, Operation Safe Haven (OPSH) have arrested a Police Sergeant, Azi Jonathan, 30, with 370 rounds of ammunition in Plateau.
Maj. Ishaku Takwa, its Media Officer disclosed this in a statement on Thursday in Jos.
The statement explained that the suspect was arrested on Thursday afternoon at its checkpoint in the Werreng community of Barkin Ladi Local Government Area of the state.
The media officer in the statement explained that Jonathan was in a vehicle with one Daniel Nengak,60, and attempted to run away but troops insisted on stop and search.
But that luck ran out of them and they were involved in an accident at the checkpoint while attempting to escape, a situation he said led to the death of the second suspect
“Our troops of this afternoon intercepted a police sergeant and one other suspect with 370 rounds of ammunition. The ammunition was concealed in a Toyota Pathfinder jeep with registration number LGT 772 JN.
“Luck ran out of the suspects when the driver attempted to maneuver the military checkpoint located at Werreng along Barkin Ladi – Jos road, unfortunately, their car hit the barricade at the checkpoint which resulted in the death of one of them.
“Preliminary investigation revealed that Jonathan, who drove the vehicle is serving with the Police Traffic  Department.
“The body of the deceased have been handed over to the Police while the other suspect is currently undergoing interrogation,” he said.
Takwa died that items recovered from the suspects include a Toyota Pathfinder vehicle, N205, 000, an empty case of ammunition, one Dagger, a torchlight, and three Techno phones.
Others he said were a National Identity card, three wraps of a substance suspected to be cannabis, and a bag containing clothing materials.
He said that surviving suspect would be handed over to the Police after investigation for prosecution