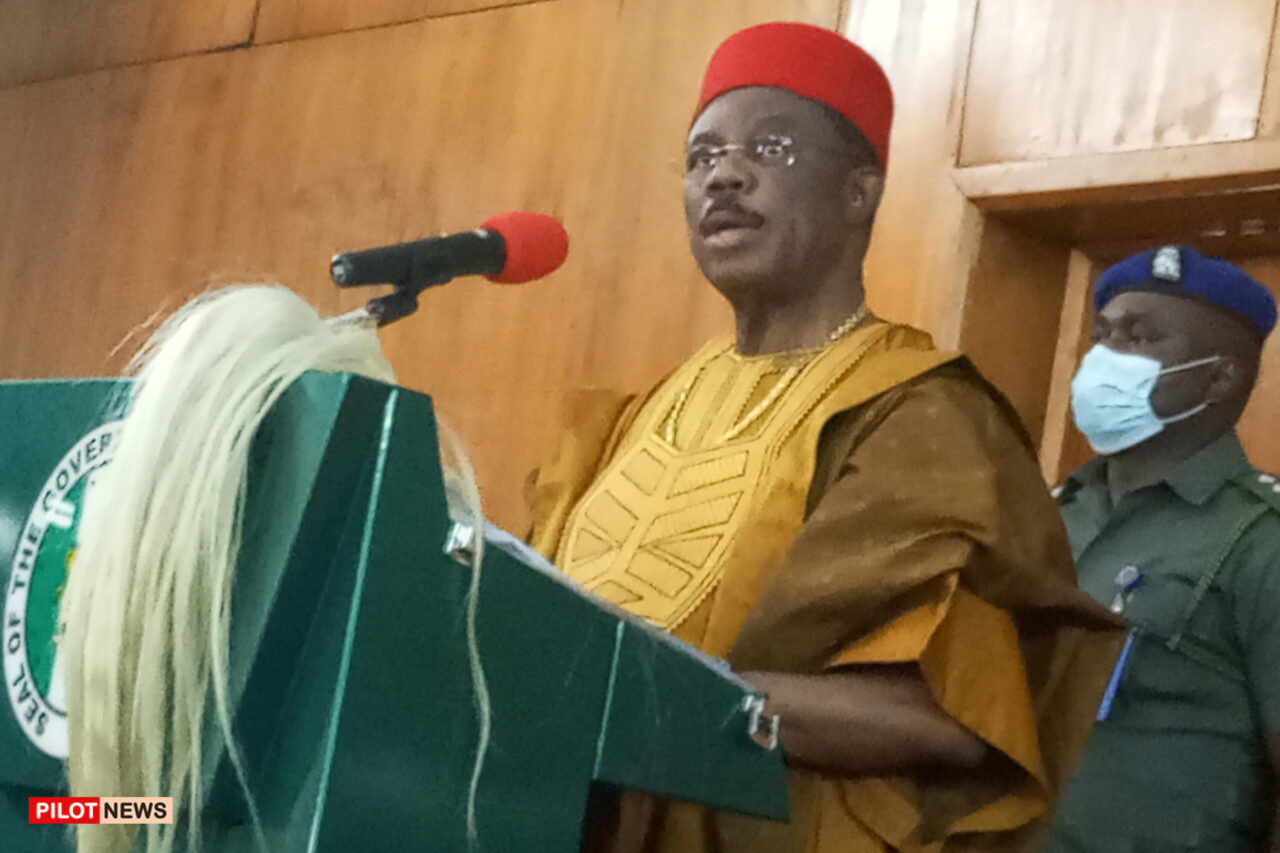 AWKA — The Governor of Anambra state Chief Willie Obiano, today presented the 2022 draft budget to the state House of Assembly. The 2022 draft estimate is Governor Obiano’s final budget and when passed by the House before his administration elapses, then, that will be his last chance at contributing to the growth and development of the state as governor.

In his opening remarks, the Speaker of Anambra State House of Assembly, Rt. Hon. Uche Okafor noted that governor Obiano has made his own mark through his tripod legacy projects of Awka stadium, the International Convention Centre and the Anambra International Airport. These projects according to the Speaker, are the governor’s giant strides. He then went on to assure the governor of continuous support by the legislature. For the budget, the Speaker assured that “expeditious consideration will be given to the budget and passed.”

Rt. Hon. Uche Okafor also called on politicians to join hands and build Anambra state irrespective of political affiliation, just as he also called for a peaceful governorship election in November. “I call on politicians irrespective of party, to join hands and build our state, I also call for a peaceful election on November 6th, so that people can go out and vote according to the dictates of their consciences.” the Hon. Speaker said.

Governor Obiano in his fourteen-page extensive address at the plenary acknowledged that the 2022 draft estimate would be his last. “The 2022 draft budget estimate is the last of my eight years administration”.

The governor further narrated the achievements of his administration in various sectors in the last eight years. While, observing the impact of the Covid-19 pandemic and low oil prices.  However, he pointed out how his administration has continued to make progress despite the challenges.

“This administration withered the storm from Covid-19 pandemic and low oil prices, the administration is still focused on making Anambra the choice destination for investment”, the governor said. According to Obiano, his administration has done a lot in driving the internally generated revenue of the state from nine billion annually in 2013, when he was elected, to about twenty-eight billion in 2020. He also expressed confidence that his administration’s tripod legacy projects of Anambra airport, Awka stadium and the international convention centre which has over ten thousand sitting capacity will play vital roles in the years ahead as Anambra continue in its pursuit of excellence. Meanwhile, governor Obiano informed that the airport has been completed and now ready for use

“Anambra State International Airport is ready for public use”. The airport is expected to be commissioned later in the month. He further emphasized that the state did not borrow a dime to build it. “We did not borrow a kobo to build that airport,” Governor Obiano said.

The 2022 budget according to the governor, “is in line with the vision 2070 (Anambra’s Fifty-Years Development Plan).”

The 2022 draft estimate submitted by Governor Obiano was accordingly read for the first time at plenary after a motion by the Majority Leader; Hon. Pharmacist Nnamdi Okafor was granted by the Speaker and was taken by the Clerk of the House, Mr. Pius Udoh.

In his remarks, the chairman of the House committee on appropriation, Hon. Pharmacist Obinna Emeneka thanked the governor and assured him that while the House is ready to give accelerated consideration to the budget, the House is also determined to do the right thing. “The House committee on appropriation is ever ready to work with the executive but also we will do our work thoroughly while giving the budget an accelerated consideration.” Hon. Obinna said.