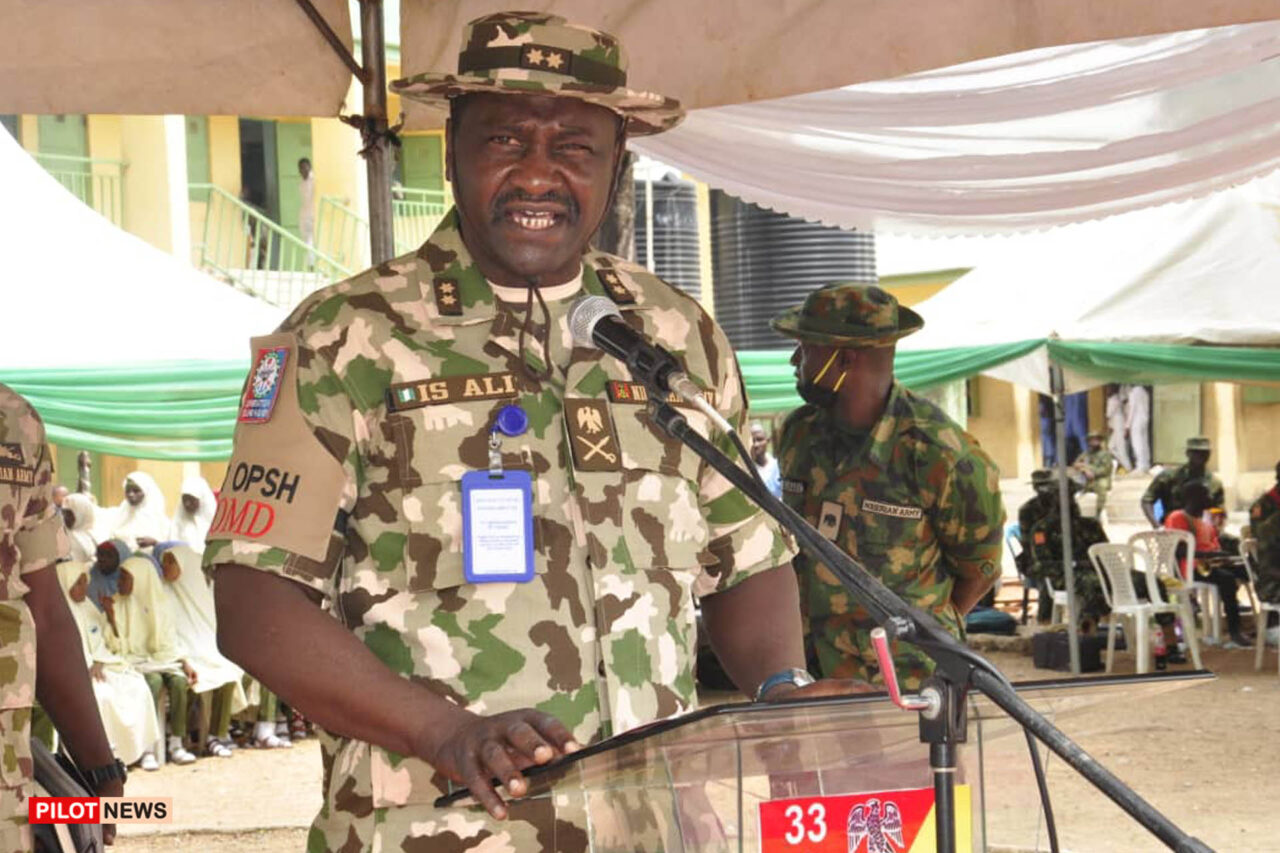 JOS — The Special Peace committee set up by the Special Task Force, Operation Safe Haven (OPSH) has submitted its reports to Maj.-Gen. Ibrahim Ali, the commander of the task force.
The 36-man committee was inauguration on September 11, 2021, to proffer a lasting solution to the lingering insecurity in the state.
The committee was also mandated to identify the root causes of the crisis that has engulfed the state over the years.
Presenting the report on Saturday in Jos, Mr. Robert Ashi, chairman of the special committee, thanked the commander for the opportunity granted them to serve.
He explained that the committee which consist of diverse people, brainstormed, engaged critical stakeholders, and came up with a 94-page report.
He said that the committee through rigorous exchange of ideas identified multifaceted root causes of the increasing spate of insecurity in the state.
He advised the commander to implement the numerous recommendation made by the committee to the later.
“All the recommendations are well guided to address the security challenges facing the state.
“We want to urge the commander to be religious in implementing the report; we count on you to do justice to it.
These recommendations are like the dreams of the good people of Plateau, so sir, we will be very happy if this dream comes to fruition,” he said
In a brief message, the Bra Ngwe Erigwe, Rev Ronku Aka, commended the commander for the initiative, adding that it would promote peaceful coexistence in the state.
He promised to support the commander in the implementation of the recommendations made by the committee.
Similarly, Hardo Wada Waziri expressed optimism that the recommendation put forward by the committee would lead to lasting peace in the state
Receiving the reports, the commander said that the idea to have the committee is part of its non-kinetic approach towards achieving peace and peaceful coexistence in Plateau.
Ali, who explained that lasting peace can be achieved through Alternative Dispute Resolution (ADR), added that the initiative aimed at a more virile society.
He promised to carefully study the recommendations made by committee, with a view of implementing them for the overall interest of all.
“Today marks another important day in the annals of this state because lasting peace can only be achieved through alternative dispute resolution.
“I am highly delighted today to receive this report because it is part of our non-kinetic approach towards entrenching peace on the Plateau.
“This report will serve as another take-off point and cornerstone to our subsequent actions as security agencies in addressing the lingering issues on the Plateau
“We are going to meticulously study the report, work with a think-tank and come up with actions that will enable Plateau to regain its lost glory of being the home of peace and tourism,” he said.
The commander thanked members of the committee for sacrificing their time and successfully completing the assignment.
He promised to continue to work assiduously, without fear or favour towards the actualisation of lasting peace in the state.