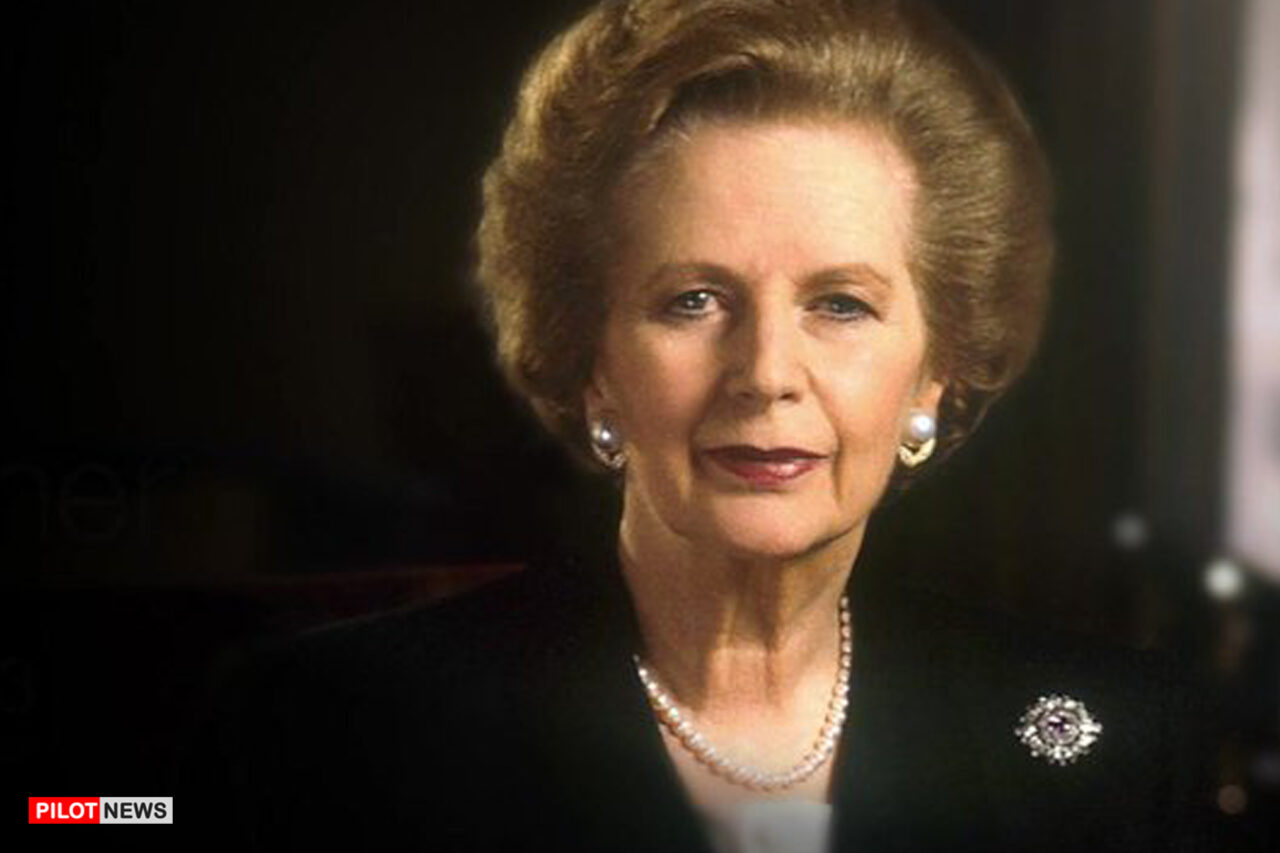 Margaret Hilda Thatcher was born on the 13th of October 1925 in Grantham, England into the Robert family. She was the first female prime minister of the United Kingdom and also the longest-running prime minister since 1827. She was prime minister from 1979 to 1990 and Leader of the Conservative Party from 1975 to 1990.
As prime minister, she implemented policies that became known as Thatcherism. Her strong will and firm stand in her political beliefs fetched her the nickname “Iron Lady” by a Soviet journalist. Also, bear in mind that in some Nigerian setting, a strict and disciplined person (especially a woman) is sometimes tagged Margaret Thatcher, an allusion to Margaret Thatcher’s uncompromising stance.
Below are some of her political quotes.
1. “Any woman who understands the problems of running a home will be nearer to understanding the problems of running a country.”
2. “Do you know that one of the great problems of our age is that we are governed by people who care more about feelings than they do about thoughts and ideas?”
3. “I always cheer up immensely if an attack is particularly wounding because I think, well, if they attack one personally, it means they have not a single political argument left.”
4. “There are still people in my party who believe in consensus politics. I regard them as Quislings, as traitors… I mean it.”
5. “To me, consensus seems to be the process of abandoning all beliefs, principles, values and policies. So it is something in which no one believes and to which no one objects.”
6. “Constitutions have to be written on hearts, not just paper.”
7. “My policies are based not on some economics theory, but on things I and millions like me were brought up with: an honest day’s work for an honest day’s pay; live within your means; put by a nest egg for a rainy day; pay your bills on time; support the police.”
8. “It is always important in matters of high politics to know what you do not know. Those who think that they know, but are mistaken, and act upon their mistakes, are the most dangerous people to have in charge.”
9. “I’ve got a woman’s ability to stick to a job and get on with it when everyone else walks off and leaves it.”
10. “If you lead a country like Britain, a strong country, a country which has taken a lead in world affairs in good times and in bad, a country that is always reliable, then you have to have a touch of iron about you.”
11. “If you set out to be liked, you would be prepared to compromise on anything at any time, and you would achieve nothing.”
12. “You don’t tell deliberate lies, but sometimes you have to be evasive.”
13. “There is no such thing as society. There are individual men and women, and there are families.”
14. “It pays to know the enemy – not least because at some time you may have the opportunity to turn him into a friend.”
15. “To wear your heart on your sleeve isn’t a very good plan; you should wear it inside, where it functions best.”
16. “People think that at the top there isn’t much room. They tend to think of it as an Everest. My message is that there is tons of room at the top.”
During her time in office, Thatcher instigated some controversial policies. She believed in free capitalism, cut social welfare, and privatized a few state-owned companies. She also faced the Falklands War, cut trade union power, and initiated the unpopular poll tax. While she served three terms in office, eventually, her strong conservative stance caused her popularity to stifle, and in 1990, she resigned from office.
Regardless of individual opinions, Margaret Thatcher’s strong will as a leader remains conspicuous. She died on the 8th of April, 2013 -aged 87.

Police To Arrest, Prosecute Those Sleeping With Animals-FPRO