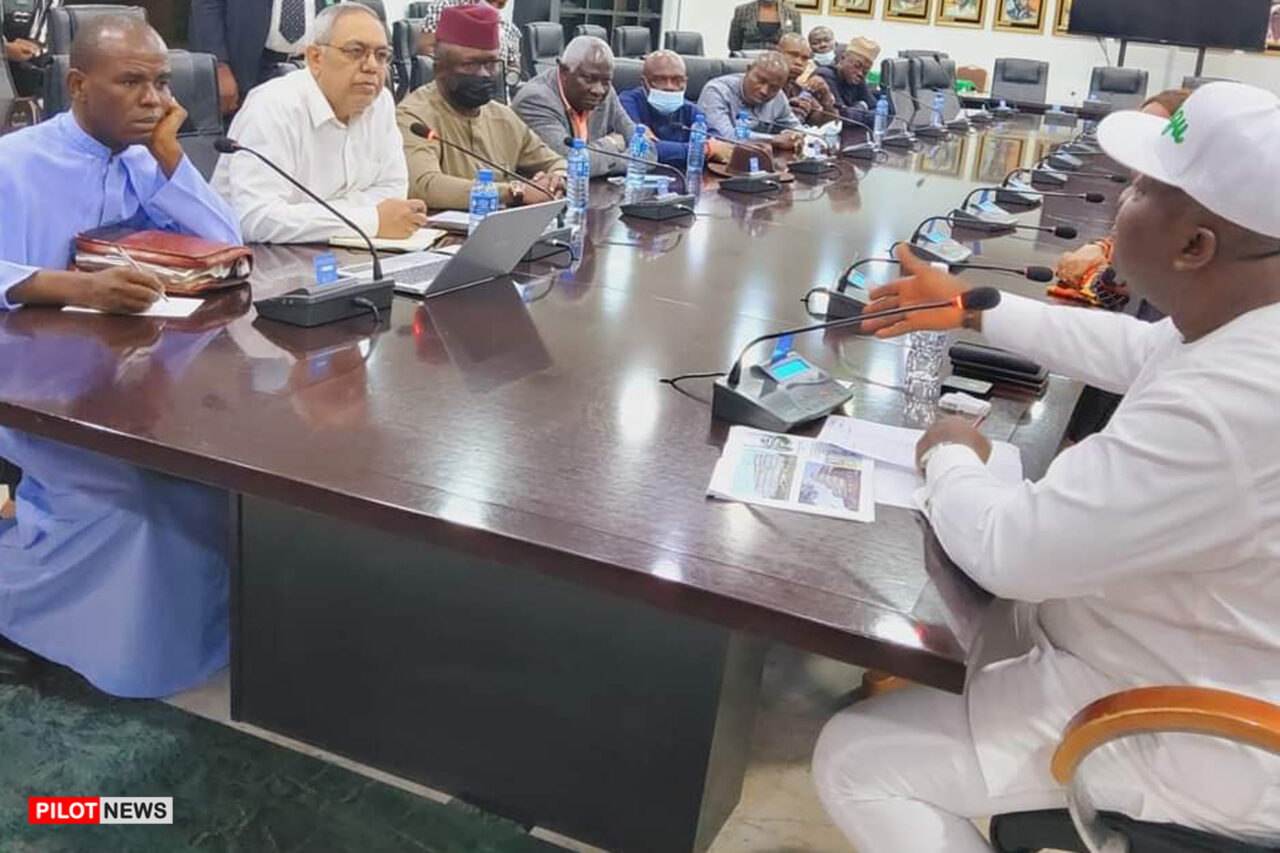 ENUGU — The Enugu State Governor, Ifeanyi Ugwuanyi has declared his administration’s intentions to support a proposal by a British firm, HP Kapital Limited to build a 500-bed University Hospital, three factories, a waste management plant and other facilities within the vicinity of the Adoration Ministry in Enugu.

The Governor disclosed this when he received in the audience the fiery Roman Catholic priest and Spiritual Director Adoration Ministry Enugu Nigeria, AMEN, Rev. Fr. Ejike Mbaka, and the HP Kapital Limited team in the Government house.

The Mbaka led delegates’ visit to the Governor was to intimate him of their remodeling plan of the Adoration Centre to serve as a multifunctional facility to include a University Hospital of international standard with specialized medical services such as a helipad and air ambulance, a five-star hotel, recreation facility, and Convention Centre.

In his presentation, the Group Chairman of HP Kapital Limited, Nandishwar Kaushal, explained that the proposed University Hospital will be affiliated with the Enugu State University of Technology (ESUT) Parklane and AU University in Britain.

“The company plans to have an initial strength of 7,500 students in a number of different Curriculums not only medicine, while the staff accommodation projects for about 2,500 persons locally and internationally,” Kaushal disclosed.

On corporate social responsibility, the chairman stated that they will help the needy and the less privileged; “10% of the beds in the hospital and free treatment of indigent citizens of Enugu State,” Kaushal disclosed.

The group’s development plans also include building an energy plant to manage and convert waste to wealth, build three factories that would employ 600 people locally; 40 engineers would be trained abroad and in return train other employees.

The group however requested for land for the lofty projects which they said will be benefitting the local community and state at large.

The middleman in the proposed venture, Rev. Fr. Ejike Mbaka eulogizing the need for the project said, “the HP Kapital Limited is not just coming as a mono entrepreneurial team; we are partnering with them. It is a holistic partnership between them and Adoration Ministry”.

Fr. Mbaka prayed for timely commencement and successful completion of the project and assured Gov. Ugwuanyi of their collective commitment and determination to ensure that he inaugurates some of the projects before the end of his administration.

“Your Excellency, by the time you are not in the office as a Governor of Enugu State there are a lot of things for which you should be remembered for. And I pray that among the entire credible, multiple, pragmatic, and demonstrated developments, one of them should be this project we have come with today”, he said.

In his response, the Enugu State Governor expressed delight at the project action plan which he said is in line with his administration’s agenda in creating jobs for the youth and providing qualitative and affordable healthcare services to residents of the state, including the rural dwellers.

He however promised to assist in any way possible to see that the project sees the light of the day.

“Our Government will do all that is required, considering her limited resources, to assist and ensure that this laudable project succeeds,” Ugwuanyi promised.