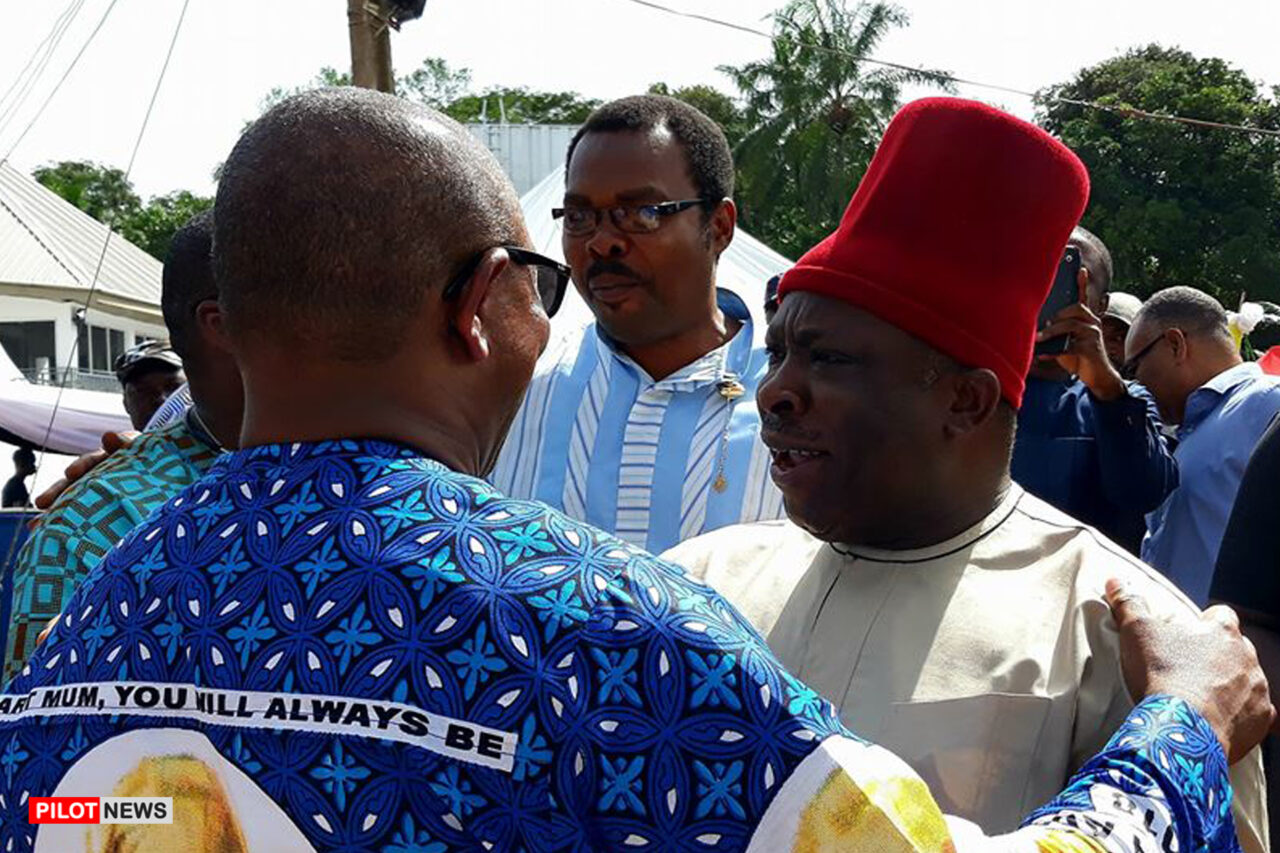 It appears an age-long political feud between former Anambra State Governor, Mr. Peter Obi and former Anambra Central Senator, Chief Victor Umeh has now come to an end, with a recent call by the latter, for Igbos and indeed Nigerians, to support Mr. Obi as Nigeria’s next president.

The feud between the duo had started during the second term of the former governor and escalated during the regime of former Governor Willie Obiano, when Obi defected from the All Progressives Grand Alliance, APGA to the People’s Democratic Party, PDP.

But with the recent clamour for a Nigerian President of Igbo extraction, it appears interests are beginning to align especially among the Igbos.

However, other regions and their interests remain a major challenge to the accomplishment of the Igbo agenda come 2023.

But in an exclusive interview with West African Pilot Correspondent, in Awka, the former Senator, Chief Umeh said the Nigerian political arena is presently a madhouse, especially with aspirants from the various zones jostling for the presidency.

This he insisted is a major threat to the continued unity of the country, in view of the agreement to foster Nigeria’s unity through rotation of power among the federating regions of the country.

“Nigeria had continued to search for a way of sharing power without breaking the union among the federating units.

“One of the most effective arrangements put in place was to rotate power between the North and the South.

“At the 2014 National Conference, it was agreed that power will rotate between the North and the South and across the geo-political zones. In other words, when power goes to a region, they consider those who have not tasted the office.

“This idea was envisaged to ensure that within 48 years, power would have gotten to all the geopolitical zones for at least eight years each,” he narrated. Umeh said given the agreement and looking at the way power has been shared over time, from all calculations, it is the turn of the Southeast geopolitical zone to produce the next president of Nigeria.

Umeh, who was a former APGA National Chairman, said if power returns to the South after President Muhammadu Buhari’s eight years of administration, the Southeast should be allowed to produce the next president since the Southwest and the Southsouth have had their turns.

“This however, is where Nigeria is at a threshold because even the North that is just concluding their turn and the Southwest that has also had its turn, is angling for the position.

“All of them, even those that benefitted from this are insisting there is nothing like zoning and reason appears to have taken flight.

“Everyone is now exerting their constitutional right to vote and be voted for, as if these rights were not there when they benefitted from the zoning arrangement,” Umeh regretted.

The former Senator made it clear that whatever argument anyone is putting against the power shift, what will suffer will be Nigeria as a country.

According to him, unless people want to fast-track the disintegration of Nigeria, all other regions should support the Southeast to produce the next president.

On the question of whether the Southeast region has the required human resource for the presidential seat, Umeh noted that the Southeast has highly qualified candidates that can provide quality leadership to Nigerians and surprisingly cited former Governor Obi as a dynamic leader who can turn around the fortunes of the country for the better.

“Our former governor here in Anambra, Mr. Peter Obi who has done, everyone in Nigeria, even if they don’t like him, you will agree that he has the capacity to manage resources and can do things to revolutionize the economy.

“When he was here, you could see how he switched off a lot of expenditure conduits, judiciously managed the state resources and left the state economy in a healthy state.

“When you look at the Nigerian economy, you will see how the leaders have mismanaged the economy and all the indices point to the fact that we are going down the drain.

“The cost of living has become astronomical, the capacity to earn money is diminishing by the day, there is restiveness everywhere, our educational system is in turmoil.

“So we need someone who will fix all this and Obi has promised to turn the Nigerian economy around from being a consumption economy to a producing economy.

“He is among one of the many eminent Igbo personalities jostling for the Presidency and who have the capacity to lead this country in a manner that will begin to change things for the better,” Umeh said.

Anambra Assembly Gets a New Clerk of the House