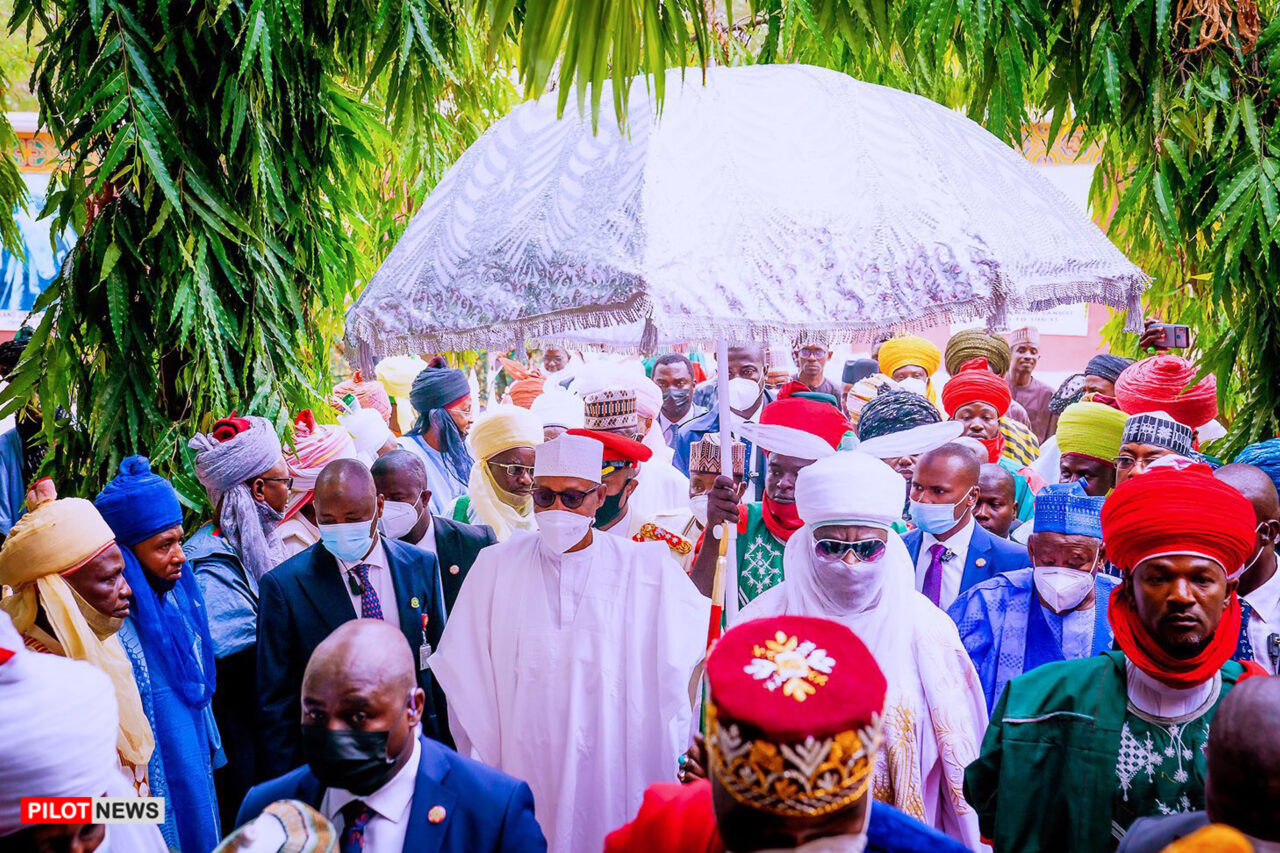 KANO — President Muhammadu Buhari has, on Monday, met with the families of victims of the explosion in Kano, expressing his condolences and that of the country.

In a statement signed by his Senior Special Assistant on Media and Publicity, Garba Shehu, the President visited Kano to officiate at the Nigerian Air Force Day and 58th Anniversary Celebration, and made a sudden move at the official programme by starting with a condolence visit to the Palace.

At least nine persons were killed and 22 were injured last Tuesday after an explosion that led to the collapse of a building close to a popular market in Sabon Gari area of Kano.

According to Shehu, the family members of the deceased, accompanied by various community leaders resident in Sabon Gari, including the Eze Igbo, Nicholas Ibekwe, were assembled at the Palace of the Emir, Aminu Ado Bayero for the meeting with the President.

In a brief address, the President said he was “extremely pained by the loss of lives and injury to many due to the explosion,” adding “my thoughts and that of the nation are with the bereaved families. I hope the injured will recover fully at the earliest possible time.”

President Buhari drew parallels between Kano and his native Daura and described the palace of the Emir as his own home.

He commended the traditional institution and the people of Kano for standing with him at all times.

In his remarks, the Emir thanked the President for the condolences and commended him for providing fair and just leadership.

He conveyed Kano community’s appreciation for the numerous things the federal government is doing in the state and prayed for the emergence of good leaders in the coming elections.

Governor Abdullahi Ganduje announced cash support in various sums for the families of the deceased, the injured and others whose property were partly damaged or destroyed.