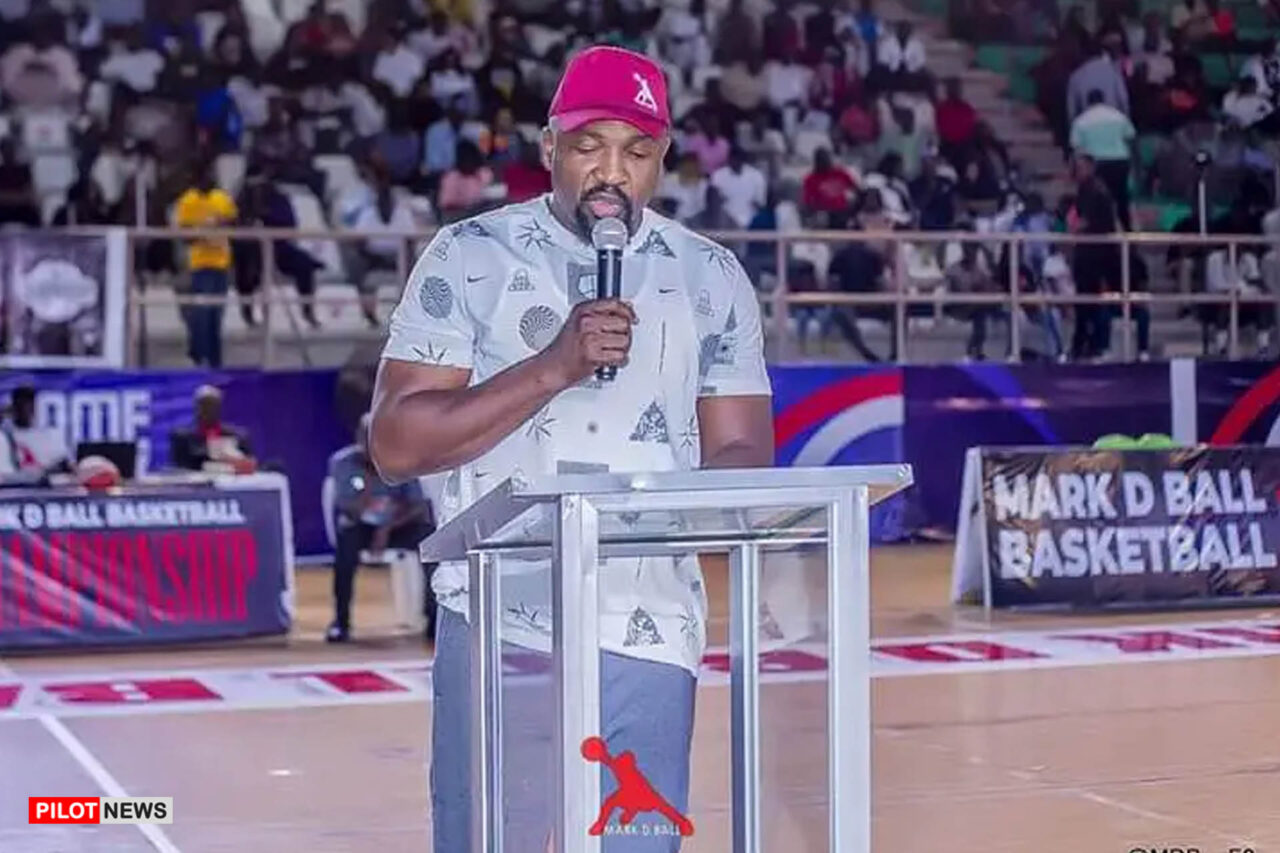 Igoche Mark, the factional President of the Nigeria Basketball Federation (NBBF), has hailed the Federal Government’s decision to rescind its earlier directive on Nigeria’s withdrawal from international basketball.

President Muhammadu Buhari, through the Minister of Youth and Sports, Sunday Dare, had on Thursday announced the Federal Government’s decision to withdraw the two-year ban it placed on the NBBF from international basketball.

Mark, who spoke with the News Agency of Nigeria said the latest decision taken by the Federal Government was a welcome development, adding however that it had nothing to do with the disputed leadership of the NBBF.

He stressed that the decision to choose who leads the federation was the exclusive right of the stakeholders and not that of a few selfish individuals.

“The reversal of the ban is a good step in the right direction. At least now we can participate in international championships, which are good, but I think it stops there.

“As far as Nigeria Basketball is concerned, the basketball stakeholders are going to decide who will lead Nigeria basketball forward.

“Gone are the days whereby some few individuals because of their political clout and without having actual interest in basketball or without having the support of the stakeholders, come to try to run the basketball federation.

“Gone are the days where basketballers celebrate mediocrity. Now the awareness is there and it is time for basketball to move forward.

“So, the basketball stakeholders are going to decide who will lead the NBBF going forward,” he said.

Mark stressed that the Interim Management Committee (IMC) which was set up by the ministry had a mandate which it was yet to fulfil in order to set the ball rolling for a new dispensation.

He therefore called on the IMC to ensure that the constitution of the NBBF was reviewed to make adjustments to some grey areas which would then usher in a new board.

“The IMC has been set up by the ministry and I believe that they were given a task which they have not accomplished yet and one of the tasks is to look into the document being paraded as a constitution by the Musa-Kida-led board.

“They were given the mandate to make necessary adjustments and to chart the way forward for NBBF. So, I think they still have a task to do,” he said.

He said that he would be happy if the decision taken by the Federal Government would help in reinstating the D’Tiigress at the world cup in Australia, adding however that it was FIBA’s prerogative.

Also, Stanley Gumut, the players’ representative on the board of the NBBF said that the decision taken by the Federal Government was indeed a positive step in the right direction.

Gumut however stressed that the decision had absolutely nothing to do with the mandate of the IMC, which was basically to chart a new course for the NBBF, adding that they were still very much in charge of the federation.

“I think it is a good step as we harness these things rather than banning ourselves and can still be playing the game at the same time as we try to figure out where the problem is and get it fixed.

“However, what I saw from the statement is that they are willing to make amends even though not all stakeholders have been informed as regards this new development.

“I also saw the letter signed which was from some concerned stakeholders in the U. S. and some concerned individuals as well based here in the country.

“I don’t however believe that the IMC’s mandate has been put on hold as a result of this latest decision. I think they are still working and very much in charge as there is no federation as we speak,” he said.

Gumut lamented that it was rather unfortunate that some selfish people from some quarters were trying to take advantage of the situation and claim ownership of the federation.

“This for me is a very positive development, but it is unfortunate that some people are already celebrating and claiming that they are in charge, but that has not been stated by the federal government.

“There is no statement that has mentioned anyone as a legitimate president of the NBBF and I wish to state that everyone who is trying to disrupt the process must desist from it as we wait to see the end of the story.

“I am sure that sooner or later there will be a time line for what needs to be done. All I was able to deduce from the statement was that the constitution which had always been the bone of contention is now going to be amended by the stakeholders.

“This has to be done before we can even start thinking of an election and possibly who becomes the president of the federation.

“English is a very tough language and very hard for some of us to understand sometimes. So I can pardon those who read the story differently.

“Regardless of whoever went first to make a statement and declare himself as being in control, that does not in any way legitimise the person,” he said.

Gumut said that it was rather unfortunate that the D’Tigress would not be going to the world cup, stressing that the decision taken by the Federal Government would not force FIBA to change its stands.

“For the girls, to be honest with you, it’s unfortunate that they will not make the world cup because FIBA cannot reverse the decision which they have made already.

“Nigeria has lost that chance unfortunately, but I believe that going forward and since the ban has been lifted and hopefully FIBA is aware of the Federal Government’s decision, then we await a statement from FIBA shortly.

“So, let’s wait and see the decision of FIBA, then that should inform our next line of action as a nation,” he said. (NAN)