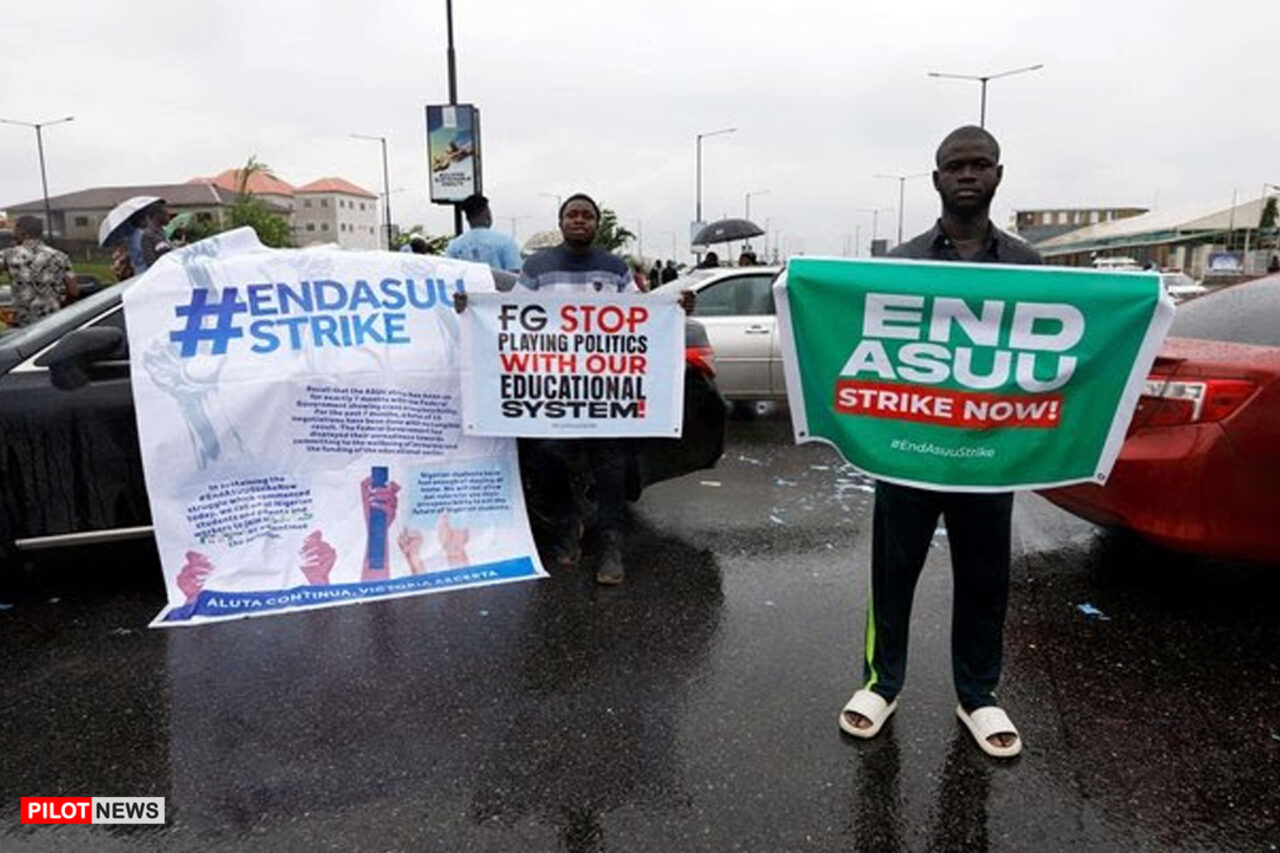 Nigerian universities urgently need a reboot; whether ASUU should be part of that process is an open question.

When the Academic Staff Union of Nigerian Universities (ASUU) suspended its industrial action last week, it found itself precisely where it was back in February when the National Executive Council (NEC) announced “a comprehensive and total strike”—exasperated, forlorn, and no closer to an agreement with the Federal Government. February’s strike was the union’s first since 2020 when a nine-month industrial action over the government’s failure to implement an agreement reached the previous year shut down the entire system. In total, ASUU has gone on strike sixteen times over the past 23 years.

Although ASUU has been widely—and perhaps justly—criticized for abusing the strike option, the union’s defense that it is the only way to get the authorities’ attention cannot be easily dismissed. As a matter of fact, given the concessions wrested from the authorities after each industrial action, one must accept, even if grudgingly, that the tactic has served the union well. From ASUU’s perspective, therefore, the frequent recourse to strikes is explained by the federal government’s recalcitrance, rather than a sadistic desire by its members to put helpless students through the wringer.

In view of this, ASUU’s current situation is highly unusual. For the first time in recent memory, it has been forced to call off a strike action despite having failed to make the government accede to any of its core demands. Not only that, it is currently in a holding pattern, waiting on the goodwill and generosity of the same government it has denounced, and not always inaccurately, as unreliable.

This poses the question as to why ASUU decided to end its strike action when, in the union’s words, the government had not “satisfactorily met its demands.” On the face of it, the union had reluctantly bowed to pressure from the leadership of the House of Representatives, led by Speaker Femi Gbajabiamila, and other “patriotic Nigerians.” In truth, it was difficult to see a way for ASUU to continue with the strike without losing further credibility among the Nigerian public following the National Industrial Court and Court of Appeal rulings ordering it to go back to work. Risking the continued reprobation of the Nigerian public is one thing; becoming known as a union that thumbs its nose at court orders is an entirely different matter.

In the broader picture, whatever happens next is irrelevant to the fate of the Nigerian academy; for all its sincerity, ASUU is merely shutting the stable door after the horse has bolted. As it is, the Nigerian academy is on life support, scorned in equal measure by parents who prefer to send their children to foreign universities (according to the Central Bank of Nigeria, Nigerian parents spent more than 28 billion dollars on foreign education in the decade between 2010 and 2020), and faculty who leave for better conditions of service at the first opportunity. An estimated 23,000 academics emigrate from Africa annually.

If only because of this, ASUU is right to continue to harp on the need to “revitalize” Nigerian universities, and the Federal Government has set aside the sum of over one billion dollars in the 2023 budget for that purpose. Where ASUU—and by the same token the government—seems to miss the mark is in the presumption that the problem with the universities can be reduced to money. In this formulation, the more money the government pours into the universities, the greater their chances of recapturing their old glory. Yet, while it is inarguable that the system can do with more money, and while it may be true that physical infrastructure across the system is uniformly decrepit, this would seem to be a symptom rather than the cause.

For one thing, the level of corruption in the system is such that there is little guarantee that any funds set aside for “revitalization” will actually be mobilized for such purposes. Over the years, the Economic and Financial Crimes Commission (EFCC) has accused several university vice chancellors of tampering with monies allocated to their institutions. Corruption within the academy is a facet of corruption in the education sector as a whole. According to a 2018 Chatham House report on the subject, the latter often comprises “the embezzlement and diversion of funds, equipment and school supplies; procurement fraud; examination malpractice; sexual exploitation; nepotism; favouritism; and bribery.”

More substantively, academic culture, at its apogee in the early 1980s, has since succumbed to the mores and indulgences of the larger society. For instance, the idea of the vice chancellor as the intellectual leader of the university has given way to the reality of the vice chancellor as a chief executive, part potentate and part political appointee; everything, that is, except an academic.

The degradation of the academic culture is of a piece with the comprehensive debasement of the professoriate. As I argue in my new book, as the “Man of Letters” has capitulated to the “Man of God” in Nigeria, the social prestige that once accrued to the figure of the university professor has been steadily eroded, leaving the “Man of God” as the inarguable ruler of the social roost.

What this means is that rebuilding collapsed infrastructure, urgent as it is, is perhaps the least of the problems confronting the Nigerian academy. Nor is it curriculum “decolonization,” advocacy for which has gained some traction across the African Studies community in recent years. A primal need of the Nigerian academy is the restoration of its intellectual fiber, and the only way to do that is to reverse the decades-long normative corrosion that has stripped the universities of their essential identity as an institution focused on knowledge production.

Furthermore, Nigerian universities must work out a merit-based system of advancement; in other words, a reward system that does not require any kind of union, well-meaning or not, to function. Not only is the idea of a single union making decisions over conditions of service for faculty spread across diverse disciplines and socio-economic milieus inherently inequitable, it is a perfect invitation to freeloading. Individual academics must negotiate their own remunerations, as is the established practice across the western academies that ASUU likes to reference as a model. The newly established National Association of Medical and Dental Academics (NAMDA) may be an all-important first step towards this sorely needed remunerative diversity.

To revitalize the Nigerian academy, the best ideas and practices from various parts of the world must be assimilated.

This publication is part of the Diamonstein-Spielvogel Project on the Future of Democracy.  This article first appeared in CFR.

Road to 2023: Okagbue, University Don Harps on Issue Based Campaign

Muslim Students Back Call for Regulation of BBNaija, Cross-dressing