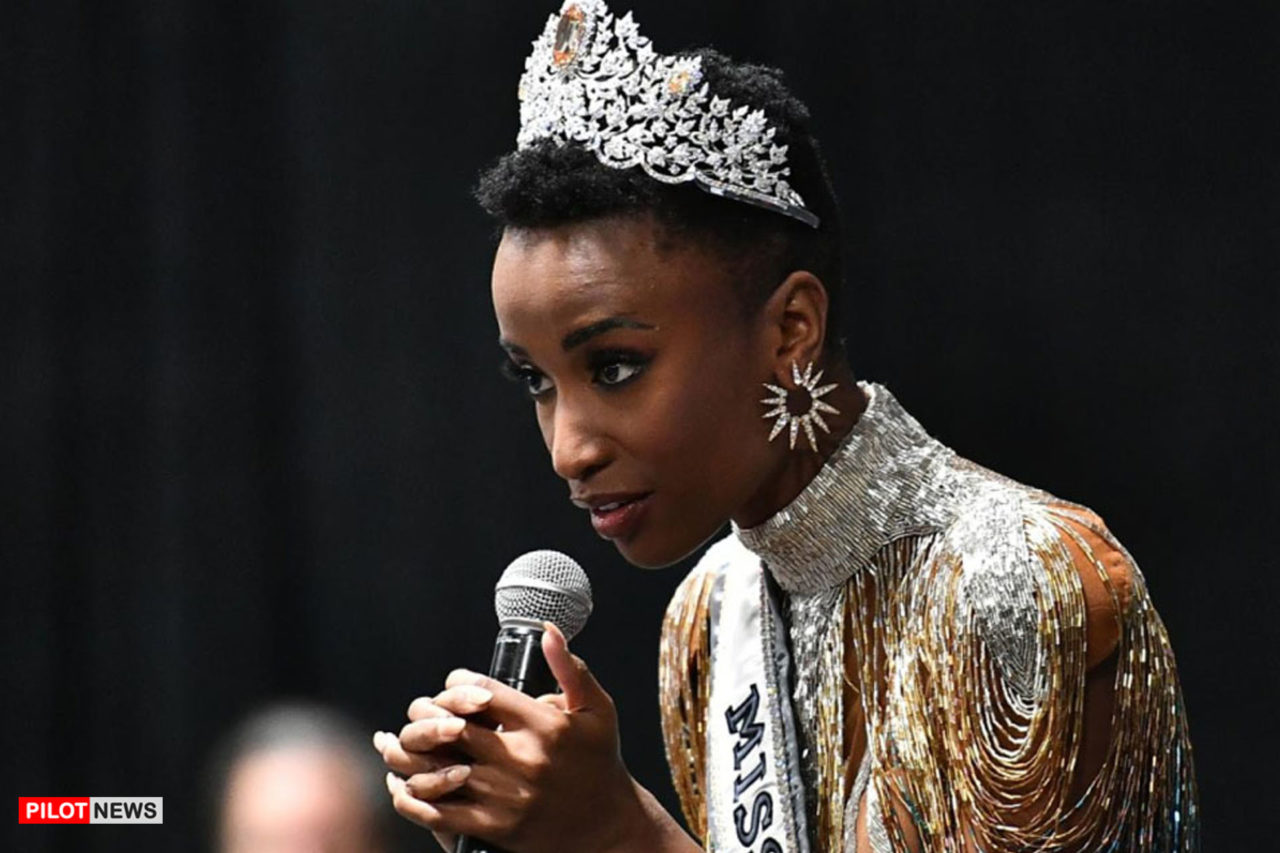 ATLANDA, GA. – South Africa’s Zozibini Tunzi was crowned Miss Universe 2019, giving the country its second title in in three years in a pageant that also saw strong showings from contestants from Puerto Rico and Mexico.
Tunzi, a 26-year-old gender violence activist, said she was forced to abandon her studies for a year because of her family’s economic difficulties, but her modeling work allowed her to continue her education. She studied public relations at Cape Peninsula University of Technology.
When asked during Sunday’s contest what it is most important to teach young girls today, Tunzi said leadership, unleashing a standing ovation at the Tyler Perry Studios in Atlanta, Georgia.

She said she grew up in a world where women who looked like her were not seen as beautiful. It is time for this to end, she said.
Puerto Rico’s Madison Anderson was elected first finalist, and Miss Mexico Sofia Aragon second.
Tunzi’s triumph is the second for South Africa in Miss Universe. South Africa’s Demi-Leigh Nel-Peters was crowned in 2017.
A total of 90 countries participated in this year’s contest, which was hosted by Steve Harvey.

“She has devoted her social media campaign to changing the narrative around gender stereotypes,” her bio reads. “She is a proud advocate for natural beauty and encourages women to love themselves the way they are.”

“I’m so ecstatic,” Tunzi told reporters after her victory. 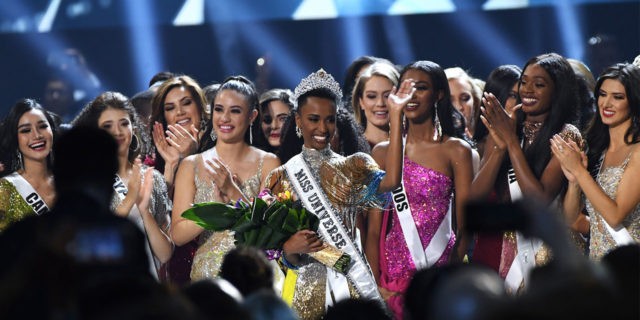 As she did on the stage Sunday night, she also spoke candidly about the importance of diversity and how her own life had been shaped by racial attitudes.

“Society has been programmed for a very long time that never saw beauty in a way that was black girl magic, but now we are slowing moving to a time where women like myself can finally find a place in society, can finally know they’re beautiful.”

Tunzi said she was bringing “a new, fresh and different perspective of what South Africa is.” And she said she hoped to lift other voices up as well — so that, as a chorus, they could be heard. “I believe that whatever we put into the universe always come back to us, and I think that if we all work together and do all that we can, truly we can make a change,” she said.

This year’s Miss Universe pageant, which aired live from Tyler Perry Studios in Atlanta, featured an impressive roster of women from a variety of different backgrounds, including the history-making Miss Myanmar, Swe Zin Htet.

Htet, 21, is the pageant’s first openly gay contestant, and only just came out as a lesbian days ago, something she recently told PEOPLE she timed to coincide with her moment in the spotlight.

“I have that platform that, if I say that I’m a lesbian, it will have a big impact on the LGBTQ community back in Burma,” she said through a translator, as homosexuality remains a crime in her country. 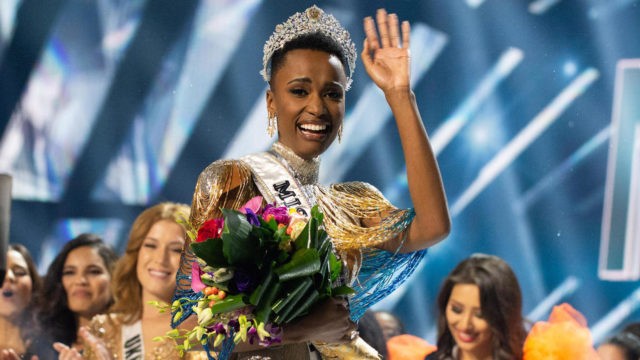 Nicknamed “Superman” by her fans, Htet said she hoped to help change anti-LGBTQ attitudes both through her very public coming out and future advocacy, made stronger with her Miss Universe fame.

“It’s like I just started a new chapter in life,” she said.

Another notable new face was Miss Ireland Fionnghuala O’Reilly, who works as a NASA Datanaut and who has used her platform to advocate for young girls in STEM fields.

“I didn’t think I’d be able to bring my two passions together,” she recently told PEOPLE of her interests in both pageantry and engineering. “But the world is so different now. You can be a Renaissance woman and you can have multiple passions.

Equatorial Guinea: Salary difference, The Black Hole in the Pocket of Oil and Gas Companies