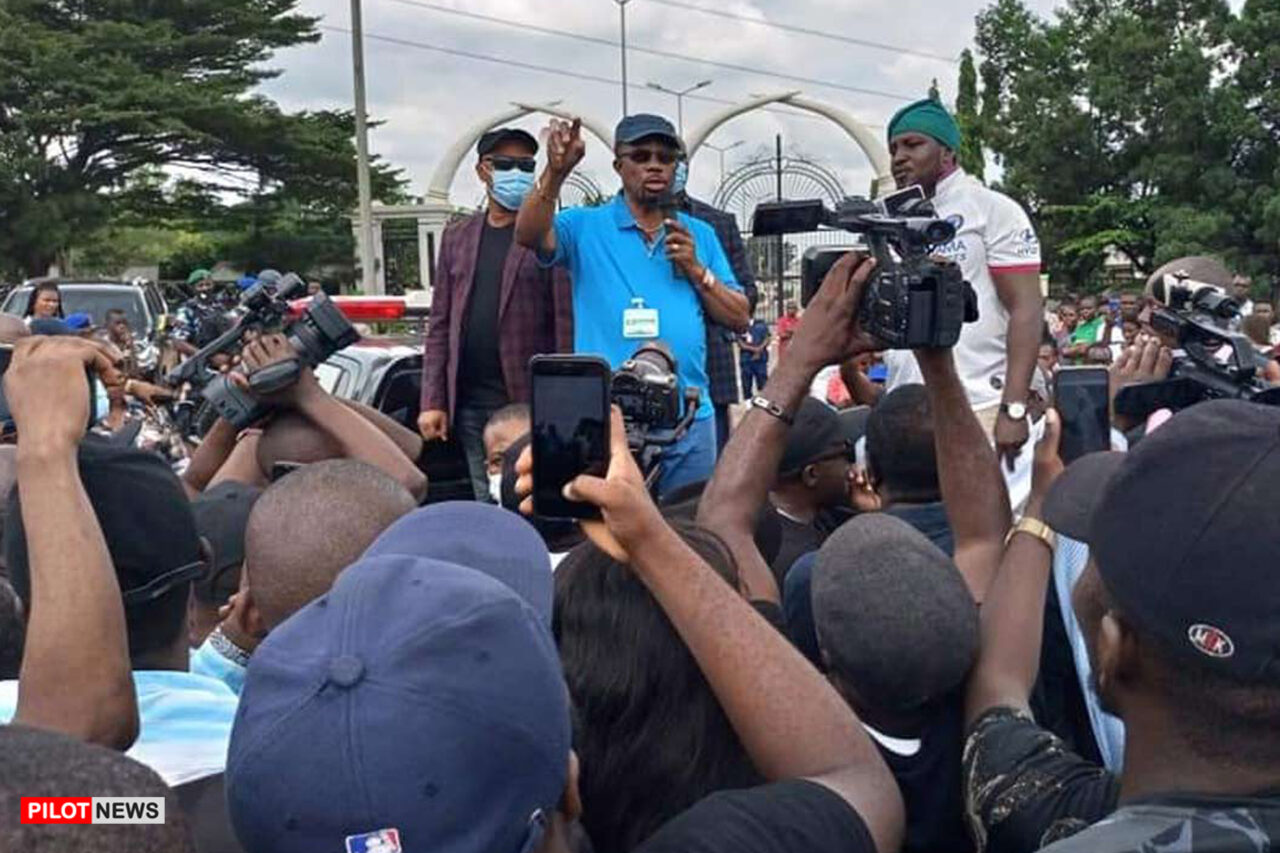 #ENDSARS: Let Us Continue to Protest in the Anambra Way
1.      Not even the most cynical of persons can dispute the legitimacy of the #ENDSARS protest movement which has earned tremendous praise throughout the country. The Nigerian youths are demanding nothing other than due process, the rule of law, justice, respect for basic human rights and respect for the dignity of the human person. In one word, they are demanding the common good and a more harmonious society. They are following the footsteps of such great youth leaders as Dr Nnamdi Azikiwe and his colleagues in the Nigerian Youth Movement in the 1940s who played a heroic role in the Nigerian nationalist movement.

2.      The Government and people of Anambra State are pleased that both President Muhammadu Buhari and various state governors had no hesitation acceding to the demands of the protesting youth. Their  requests were not only granted fully and  immediately in Anambra State, the government went ahead to constitute the most comprehensive, the most broad-based and the most inclusive judicial panel to probe allegations of human rights abuses against security operatives in the state.

3.      The youth have been conducting their affairs peacefully, even in the face of provocation in one or two places. For us in Anambra State, who are proud of the state’s new status as not just the safest but also the most peaceful state in the whole nation, we are naturally delighted at this development.

4.      Still, the coordinators of the protests need to guard against the infiltration of the movement by people who are not always given to orderly conduct. For instance, the conduct of some of the protesters at the office of the defunct Special Anti-Robbery Squad (SARS) at Awkuzu in Anambra on Friday, October 16, could have resulted in unpleasant consequences but for the majority of the protesters who acted promptly to ensure that suspects arrested in connection with such violent criminal acts as murder and kidnaping were not set free.

5.      Despite the fact that there was not even one individual hurt or arrested at Awkuzu, some individuals went to claim that policemen and demonstrators were engaged in a fierce gun battle, with heavy casualties on both sides. This false claim led to panic, as ndi Anambra were calling from all parts of the world to inquire about security in their beloved state and the safety of their cherished family members, relatives and friends.

6.      The protesters throughout the nation have been thoughtful enough to avoid doing such things as invading security facilities, including those of the defunct SARS, to release all kinds of detainees. To do otherwise would cause severe damage in society and erode the legitimacy of the protests.

7.      As the #ENDSARS protests continue across the nation, the activists in Anambra State are enjoined to conduct themselves in the Anambra way, that is, in a way of nonviolence because we believe in peaceful coexistence. We are our brother’s and sister’s keepers. Governor Willie Obiano has made it clear that nothing will please him and the administration he leads if no Anambra person was hurt at the end of the protests.

What is An Algorithm? How Computers Know What to Do With Data