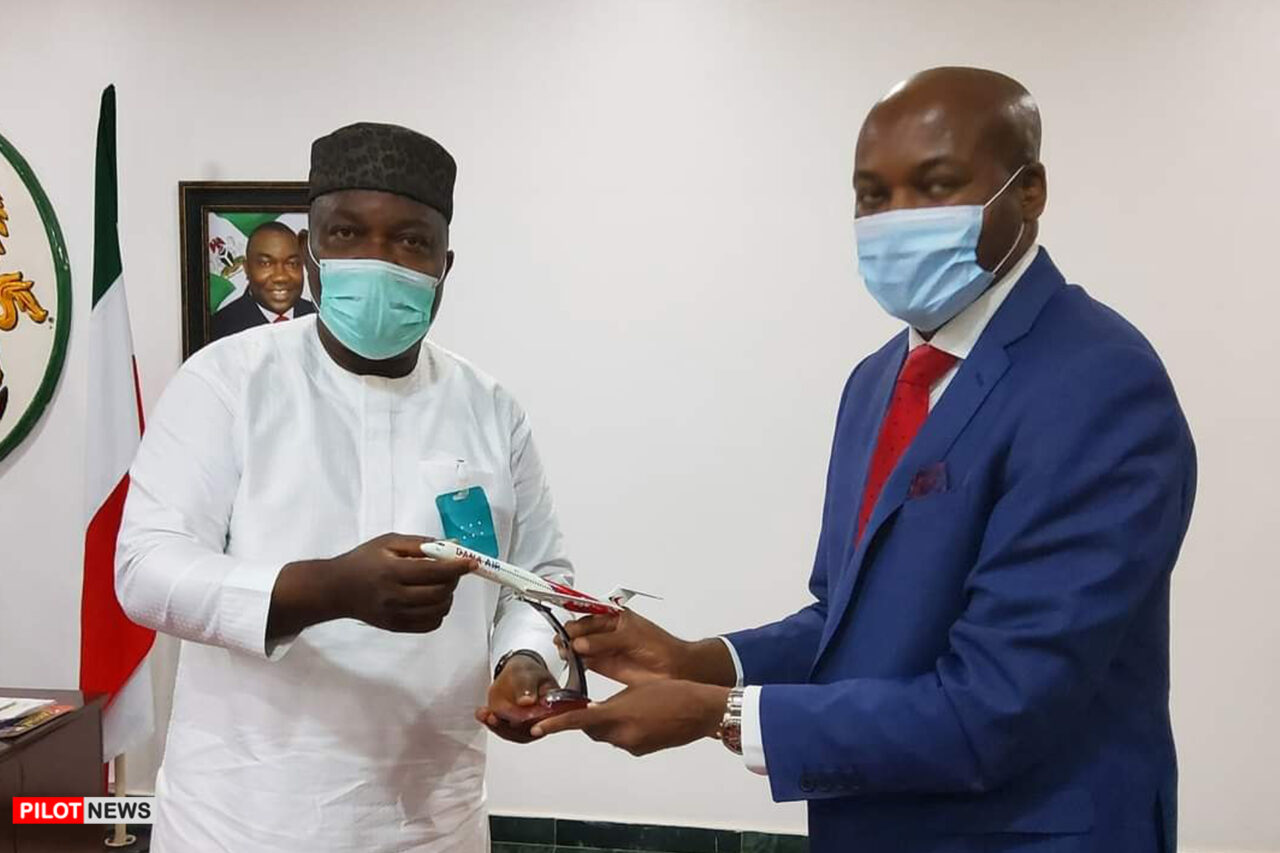 Mr Obi Mbanuzuo CPO said this at the Government House, Enugu State when he and the airline’s management team paid a courtesy visit to the Enugu State Governor, Ifeanyi Ugwuanyi.

Mbanuzuo further revealed that the decision to commence daily flight in Enugu is the peaceful ambience of the state.

“Enugu State has shown itself to be one of the most peaceful states in Nigeria and its economy is growing; we want to contribute to the growth in her economy,” the CPO revealed.

Dana Air is a Nigerian airline offering domestic flights within Nigeria; founded in 2008, launched its first flight same year and has her headquarters in Ikeja, Lagos State.

The airport is named after the late Akanu Ibiam (1906–1995), a medical doctor and statesman who hailed from Unwana Afikpo in Ebonyi State.

Adamawa State Board Of Internal Revenue Generates N9.7b in 2019, ADHA Passes Vote Of Confidence On The Board