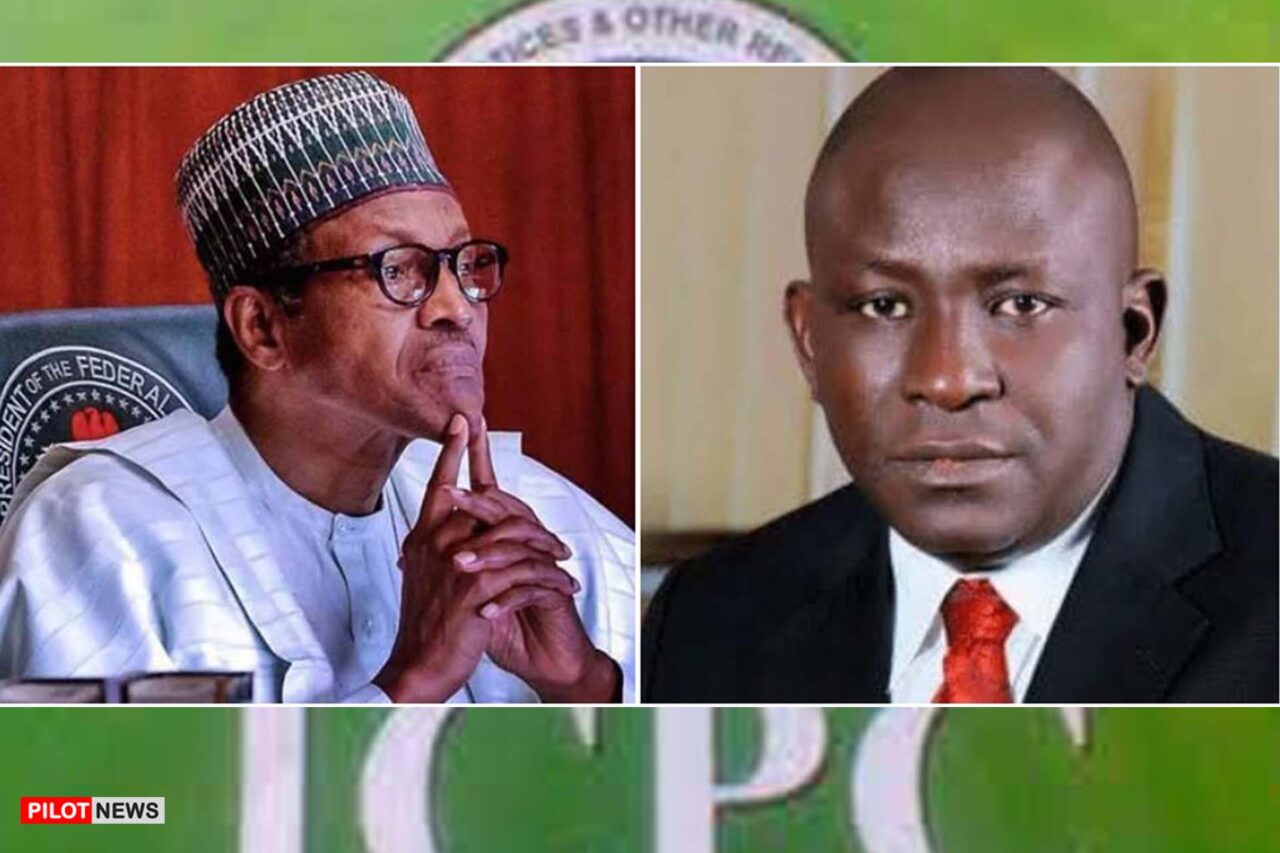 ABUJA — The Independent Corrupt Practices and other related offenses Commission (ICPC) has declared Gimba Kumo, former managing director of the Federal Mortgage Bank of Nigeria a son-in-law of President Muhammadu Buhari, and two others wanted over alleged misappropriation of $65 million National Housing Funds.

In the notice signed by its spokesperson Azuka Ogugua, the ICPC declared Mr. Kumo wanted alongside Tarry Rufus and Bola Ogunsola over the alleged fraud.

“The persons whose pictures appear above, Mr. Tarry Rufus, Mr. Gimba Yau Kumo and Mr. Bola Ogunsola, are hereby declared WANTED by the Independent Corrupt Practices and Other Related Offences Commission (ICPC) in connection with issues bordering on misappropriation of National Housing Funds and diversion of the sum of Sixty Five Million dollars ($65,000,000).

In April, the senate committee on public accounts had summoned Mr Kumo to explain the alleged irregular award of N3 billion contracts when he was still at the bank.

The committee issued the summons following a query raised in a 2015-2018 report by the office of the Auditor-General of the Federation (AuGF) against the FMBN.

NUPENG To Shut Down Services In Kaduna