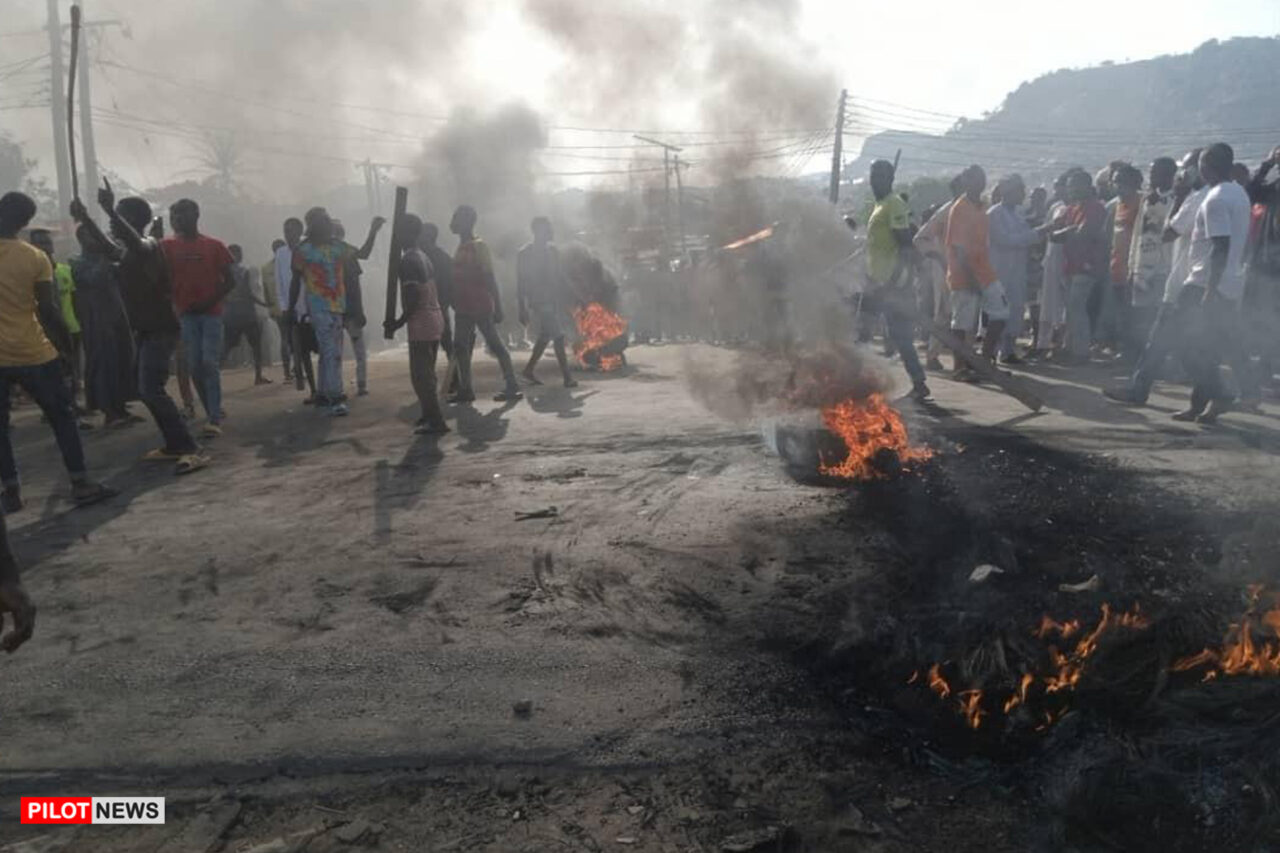 To protest the continuous abduction in Gauraka, a remote community in Niger state, residents of the area blocked the Abuja-Kaduna highway on Monday morning.

The community which is located along Abuja-Kaduna highway was reported to have become an area where kidnappers prey on innocent residents in exchange for a huge ransom.

About 30 people were said to have been abducted in the community with their abductors demanding for a large amount of money as ransom.

The unpleased residents in reaction took to the highway, burning tyres, disrupting traffic, and restricting movement in a bid to call the attention of relevant authorities to their plight.

A member of the community who TheCable identified as  Hassan Hassan explained that some kidnappers with arms had invaded the community in the wee hours of the day and abducted 15 persons.

This, he said forced the resident to protest and demand that the situation be addressed.

“At exactly, 1:17 am in the morning, I heard a gunshot. I had to quickly close my windows because they were opened. I told my people at home to be calm.

“I went to my toilet to see what was happening. I saw that the gunmen were taking my neighbour with his two children. One is 10 years old and the second is 8 years old.

“They operated till around 1:51 am. Around 2:15 am, the army came to our rescue. Some of us came out to see those who were kidnapped. We discovered that they have kidnapped about 15 persons and cut the two hands and ear of one woman who was carrying a baby.