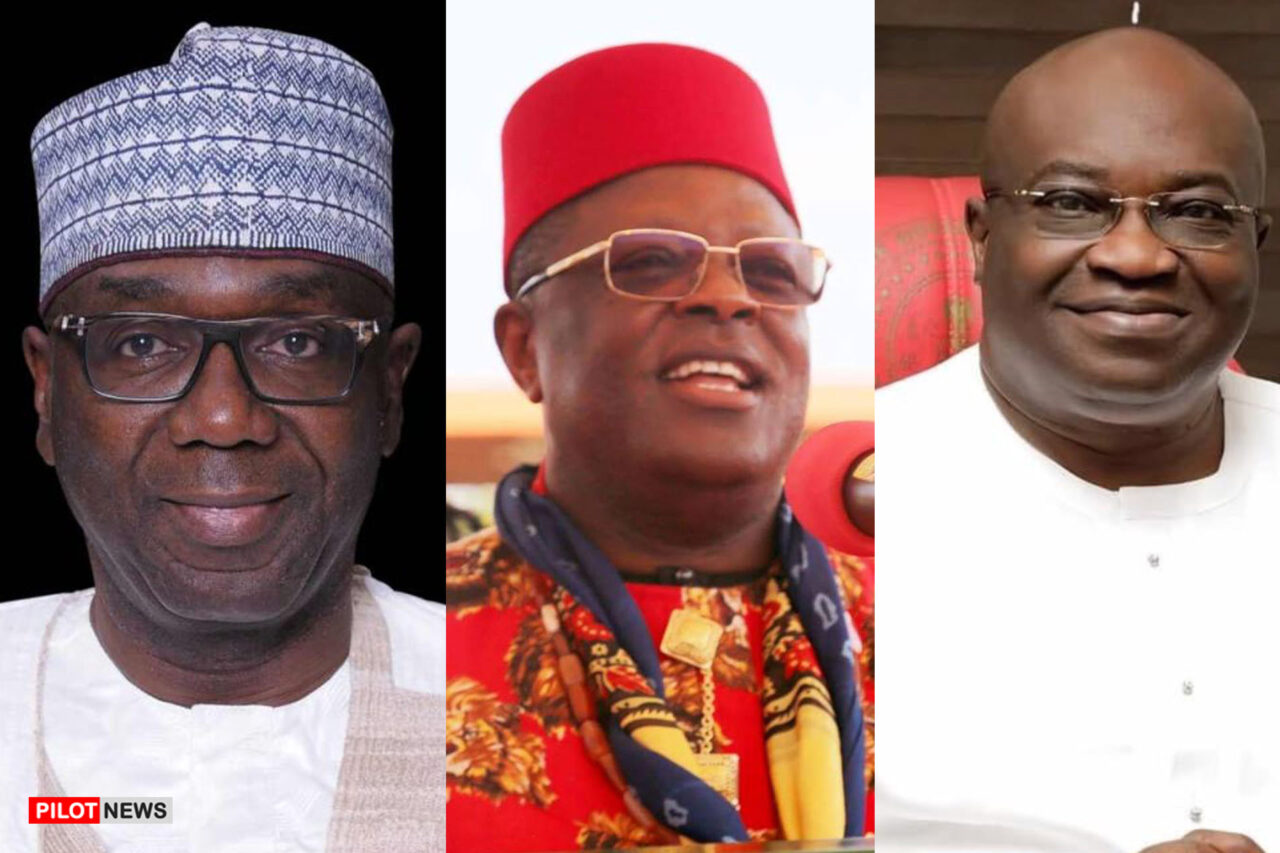 Between January and now, about ten governors have mystically sacked members of or dissolved their cabinets.

The factors responsible for this process can be analyzed from two sides of the events in the country. The first was to build loyalty within their cabinets and camps ahead of the 2023 elections while the other was the economic catastrophe bedeviling the country, particularly the decision of the Nigeria National Petroleum Corporation (NNPC) not to make its statutory contribution to the Federation Account.

The governors who have carried out the dissolution include AbdulRahman AbdulRazaq of Kwara; Okezie Ikpeazu of Abia; Inuwa Yahaya of Gombe; and David Umahi of Ebonyi.

Some other governors have either dissolved their cabinets and retained some persons or sacked some of their political appointees.

Breakdown of the 10 Governors

The narrative started with the Governors of Kwara and Abia in January when they announced the dissolution of their cabinets. While AbdulRazaq said the dissolution took effect from December 31, 2020, Ikpeazu said those affected should hand-over to their respective permanent secretaries.

In March, Inuwa Yahaya sacked three commissioners and reassigned portfolios to six others. This was followed by Umahi in May, who announced the immediate dissolution of the State Executive Council. While pointing out that the dissolution affected 83 of the 106 members of the council, he added that the process was to enable the government to carry out an appraisal of their performances.

Also in May, Ifeanyi Okowa of Delta State announced the dissolution of the State Executive Council, shortly after the council meeting he presided over. In the dissolution, all commissioners, special advisers, Chief of Staff, Secretary to the State Government, senior political advisers, and others.

In the same month, Governor Ben Ayade of Cross River sacked four commissioners and relieved five political appointees in the reshuffled. He gave no reason for his decision but appreciated the political office holders for their service. In the same vein, Nasir El-Rufai of Kaduna State approved the disengagement of 19 political appointees, citing its decision of rightsizing the workforce.

Lastly, in May, Hope Uzodinma of Imo State sacked 20 of his 28 commissioners. The governor said the decision was to rejig and re-energize the system for maximum productivity.

In June, both Bala Muhammed of Bauchi and Bello Matawalle of Zamfara dissolved the State Executive Council with immediate effect. They both sacked their Secretaries to the State Governments and Chiefs of Staff.

Every political analyst has wondered about the mystical dissolution of cabinets the governors have been carrying out but a deeper analysis revealed that these could be associated with political and economic factors.

Currently, the economic status of Nigeria is not favoring many states. Since the advent of the coronavirus pandemic, Nigeria’s inflation has been on the increase, only dropping at intervals.

Recent data published by the National Bureau of Statistics (NBC) on Tuesday, June 15, 2021, indicated that the Consumer Price Index (CPI), which measures inflation, increased by 17.97 percent (year-on-year) in the month of May of the year 2021.

In similar data published on the same date, the price of the food index also rose by 22.78 percent in May as against 22.28 percent published in April 2021.

Another major economic factor is the recent decision of the Nigeria National Petroleum Corporation (NNPC) not to make its statutory contribution to the Federation Account.

The PDP Governors has condemned the NNPC for “the OPAQUE manner it carries out its operation,” adding that it is an attempt to starve “the States and Local Governments and indeed Nigerians of funds needed for employment, development and general well-being.”

The Governors further “emphasized that under the Constitution, the NNPC is duty-bound to make proceeds of sale or business of Petroleum available to the Federation Account which belongs to the three tiers of government, excluding reasonable and verified and verifiable cost of operations.”

The NNPC decision not to remit to the Federation Account has been yielding abysmal results in some states’ activities. For instance, Governor El-Rufai of Kaduna cited low allocation from the Federal Government when he sacked not less than 4,000 workers in the state and when he disengaged 19 political appointees, stressing the need to right-size the state’s workforce.

Also, the Ekiti State Governor, Kayode Fayemi, suspended the payment of the new minimum wages after reaching an agreement with the leaders of the Nigerian Labour Congress (NLC); and The Trade Union Government (TUC). The Governor also cut down his salaries and that of his political appointees.

The Imo State Governor, Hope Uzodinma, on November 20, 2020, said the ruling All Progressives Congress (APC) was preparing to receive more governors from the oppositions.

“I told you that the moment I resume Office in Imo State as the Governor, that the impression and the perception of our party in South East will change and the resultant effect will be that more credible individuals and Governors will even join the party,” Uzodinma told newsmen after meeting a meeting with the Chairman of the Caretaker/Extra Ordinary National Convention Planning Committee, Mai Bala Buni, at the Secretariat of the party in Abuja.

Uzodinma’s comment came three days after his counterpart, Dave Umahi of Ebonyi and Chairman of the South-East Governors Forum joined the ruling APC from the opposition, Peoples Democratic Party (PDP).

This is a political strategy ahead of the 2023 general elections. The strategy is simple, weak the opposition before the election comes and many Nigerians will still find solace in the APC.

The Governors on the other hand are seeing the trend, and want to remain politically relevant beyond 2023. Thus, there is a need to build loyalty within their camps. Their cabinets are the first channel; they must relieve all suspected, perceived, or prospective double-standard members off their cabinets.

FG to Sue Airlines Over Breach of Disability Act

Only South-West Has Effectively Manage Its Diversity – Jonathan