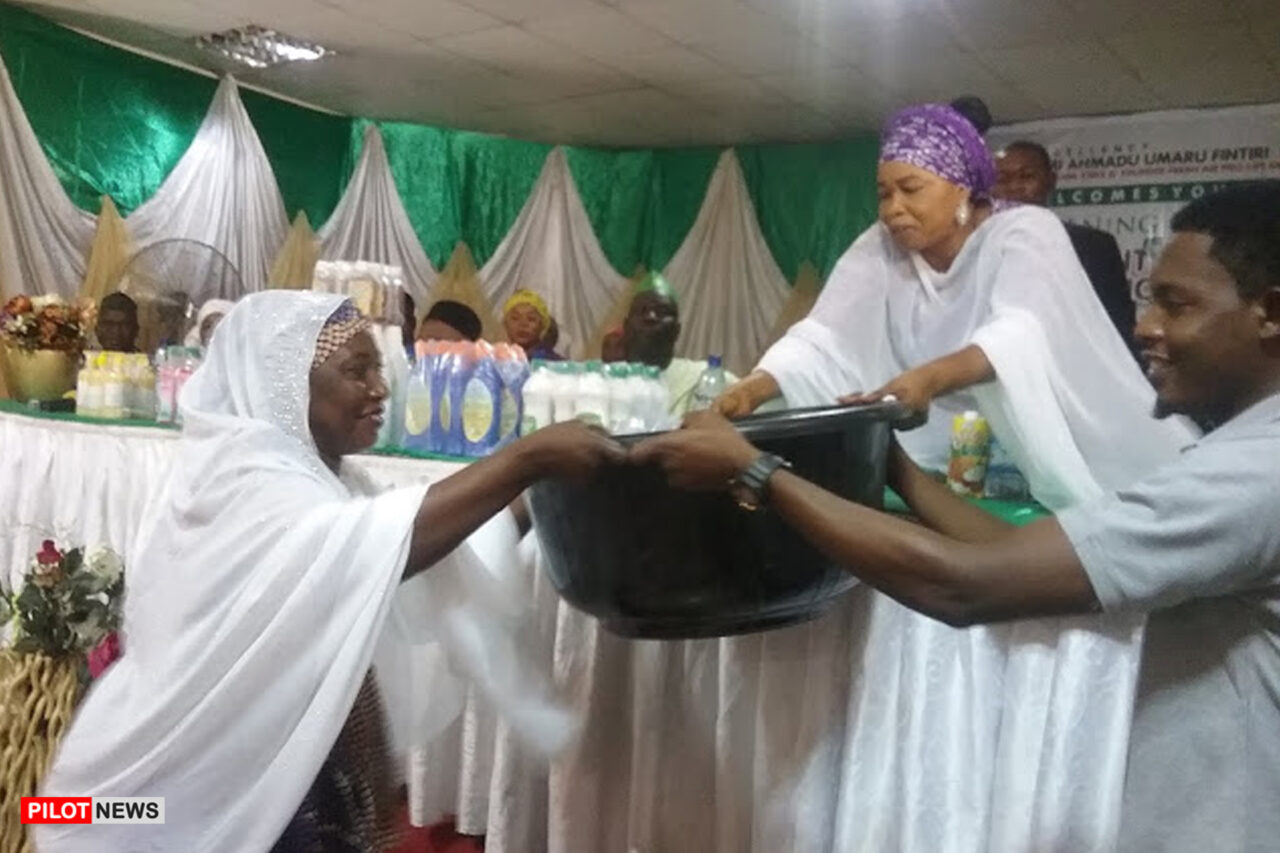 YOLA — The wife of the Adamawa state Governor, Hajiya Lami Ahmadu Fintiri has assisted 100 widows, orphans, and less privileged with various items in Malamre of Karewa ward in Yola North.
Items distributed include wrappers, blankets, mats, rubber buckets, packages of foodstuff, and bag containing soap, toothpaste, pants, sanitary pads, and combs, among others.
Presenting the items, representative of the wife of the governor Hajiya Asabe Shuaibu urged the beneficiaries to make proper use of the items given to them to reduce their hardships.
“The gesture was to enable widows, orphans, and less the privileged to feel loved and cared for, as the Umaru Fintiri led Administration remains ready to extend hands of fellowship to all category of people especially, the neighbours of the governor at Malamre, ” she added.
Responding, the councillor representing Karewa Ward, in Yola North local government Mr. Michael Okopi expressed gratitude to the wife of the Governor  for selecting Karewa ward  to make the distribution, and prayed to God to reward her abundantly.
In their separate vote of thanks on behalf of the beneficiaries Mallam Danladi Buba Magwai, Maman Rhoda Albeta Bitrus Durkwa, Zainab Mohammed, and youth leader Malamre Yohanna Akwaba thanked Hajiya Lami Umaru Fintiri for the gesture extended to them.
According to them, it was not the first time Hajiya Lami was reaching out to them, pointing out that show of love will remain indelible in their hearts.