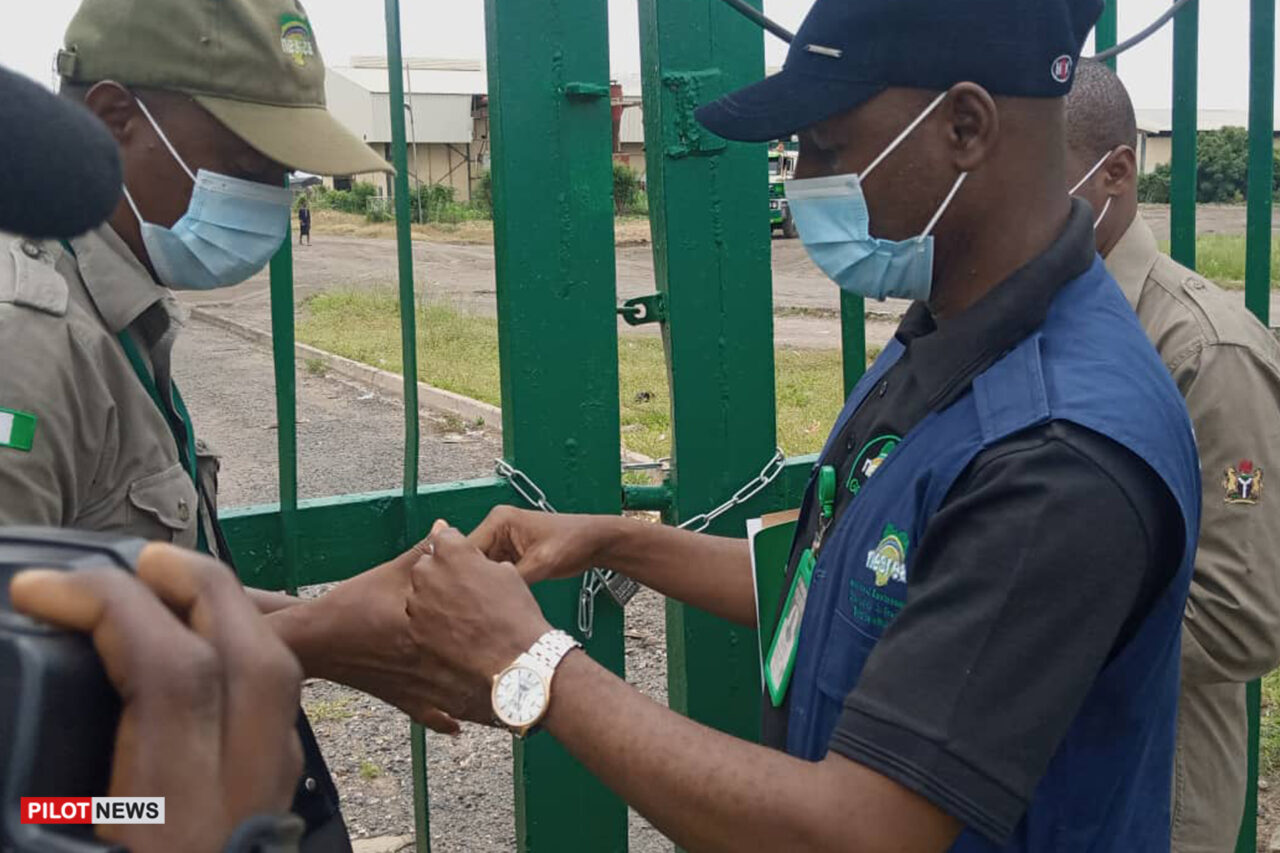 The agency also issued a warning letter to Triacta Construction Company for it to comply with the law or face stiffer sanctions.

NESREA is an arm of the Federal Ministry of Environment with a mandate to ensure compliance with safety rules and environmental friendliness by the production facilities.

While enforcing the order, owners of private vehicles were allowed to drive out of the premises of the companies while the gates were later locked with chain and padlocks while stickers indicating that the facilities had been officially sealed up.

Adamawa state Coordinator, Mallam Abubakar Aliyu Hamid, led the enforcement exercise with other officials from the office of the Director-General NESREA to ensure compliance with the order.

Mallam Abubakar Aliyu Hamid while speaking to journalists after the exercise explained that the order to seal the facilities followed a series of warnings to the affected industries to comply with environmental safety standards, conduct impact assessment as well as check use of fire-wood in industrial quantities in their production.

“The affected facilities are expected to approach the Yola office of the agency and work on the readiness to ensure compliance as well as meet other requirements which they have been briefed to do in their various letters earlier sent to them.”

“None of the sealed facilities has complied with various standards and subsequent warnings which necessitated the state office to enforce the sanction.”

“The companies were found to have contravened NESREA regulations which include use of fire wood in commercial quantity, lack of impact assessment and compliance to environmental impact assessment.”

“Triacta Construction Company is involved in the development process of the present administration in the state, but the company has not conducted environmental impact assessment while the consultant working with the company for the production of such assessment was not registered with the Federal Ministry of Environment.” He said.

Hamid said the exercise is a continuous process and the agency will continue to monitor such development and ensure that the companies operating in the state comply with rules and regulations of the agency.