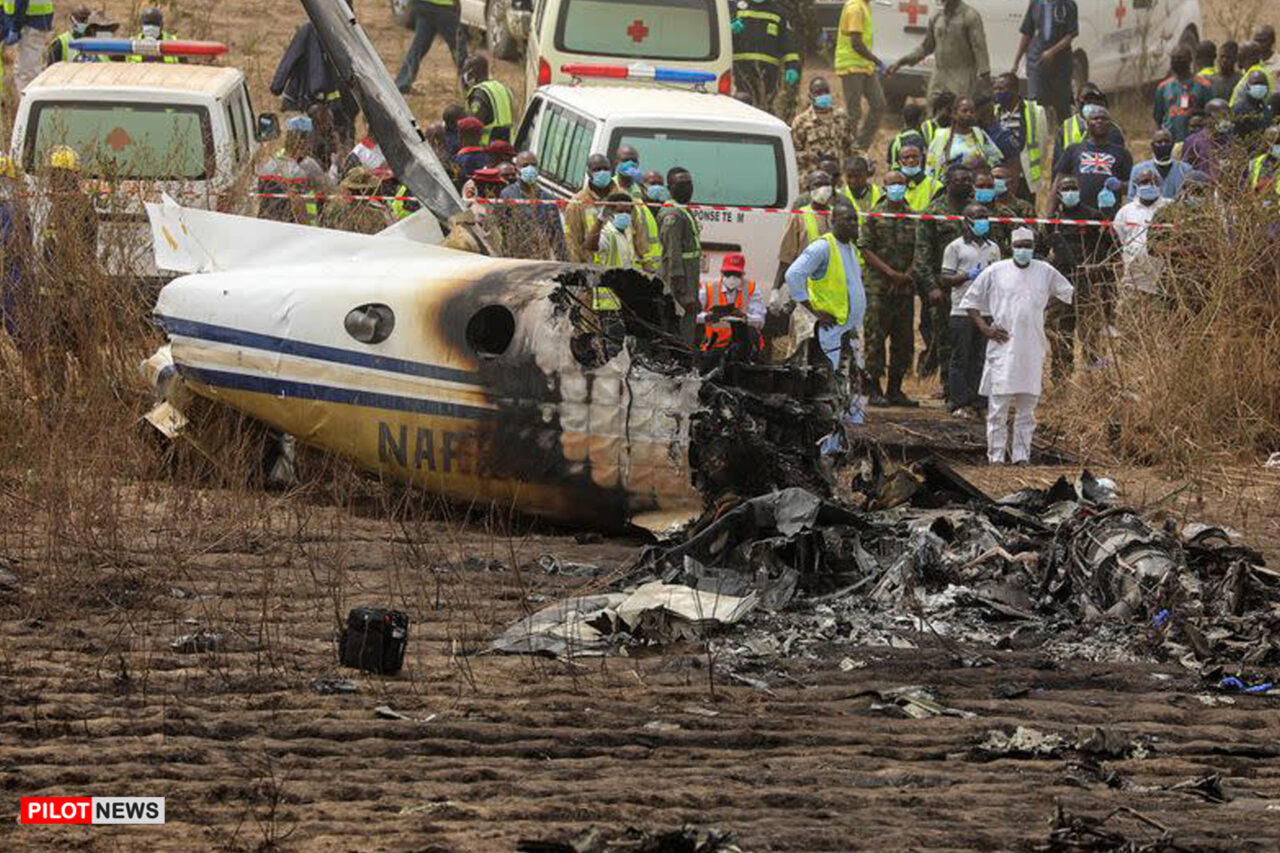 This was disclosed in a statement jointly signed by the Air Force Director of Public Relations and Information, Air Commodore Edward Gabkwet and AIB General Manager of Public Affairs, Tunji Oketunbi.

“After about three months of painstaking joint investigation, the Commissioner and Chief Executive Officer of AIB, Engr Akin Olateru FNSE, today 15 September 2021 submitted an interim report on the sad incident to the Chief of Air Staff (CAS), Air Marshal Amao, at his office at NAF Headquarters, Abuja,” the statement partly read.

“The submitted report is organized into three sections namely; the information obtained in the course of the investigation; analysis of data collected in view of the Board’s Terms of Reference; and the conclusion, which covers the initial findings and immediate recommendations.

“It should be noted that at this interim stage, a total of 27 initial findings and 8 immediate safety recommendations were made for the convening authority as well as other aviation-related agencies for immediate implementation.

“It is expected that the final report will contain the flight data recorder readout, the reviewed operator’s and service provider’s standard operating procedures as well as other detailed analysis.”

While receiving the report, the Chief of Air Staff reiterated the main essence of activating the ‘joint investigative’ clause contained in the Memorandum of Understanding (MOU) signed between the NAF and the AIB on 1st July, 2020.

According to him, the successful collaboration is a clear indication of the potency of partnership in aircraft accident investigation which must be encouraged.

Air Marshal Amao also noted that such collaborative efforts make accident investigations more transparent while stating that the outcome of the investigation is not necessarily aimed at punitive measures but essentially at improving safety in the aviation industry.

FG Promises To Unban Twitter after 100 Days of Its Suspension

Insecurity: Over One Million Nigeria Children Are Afraid of School – UNICEF