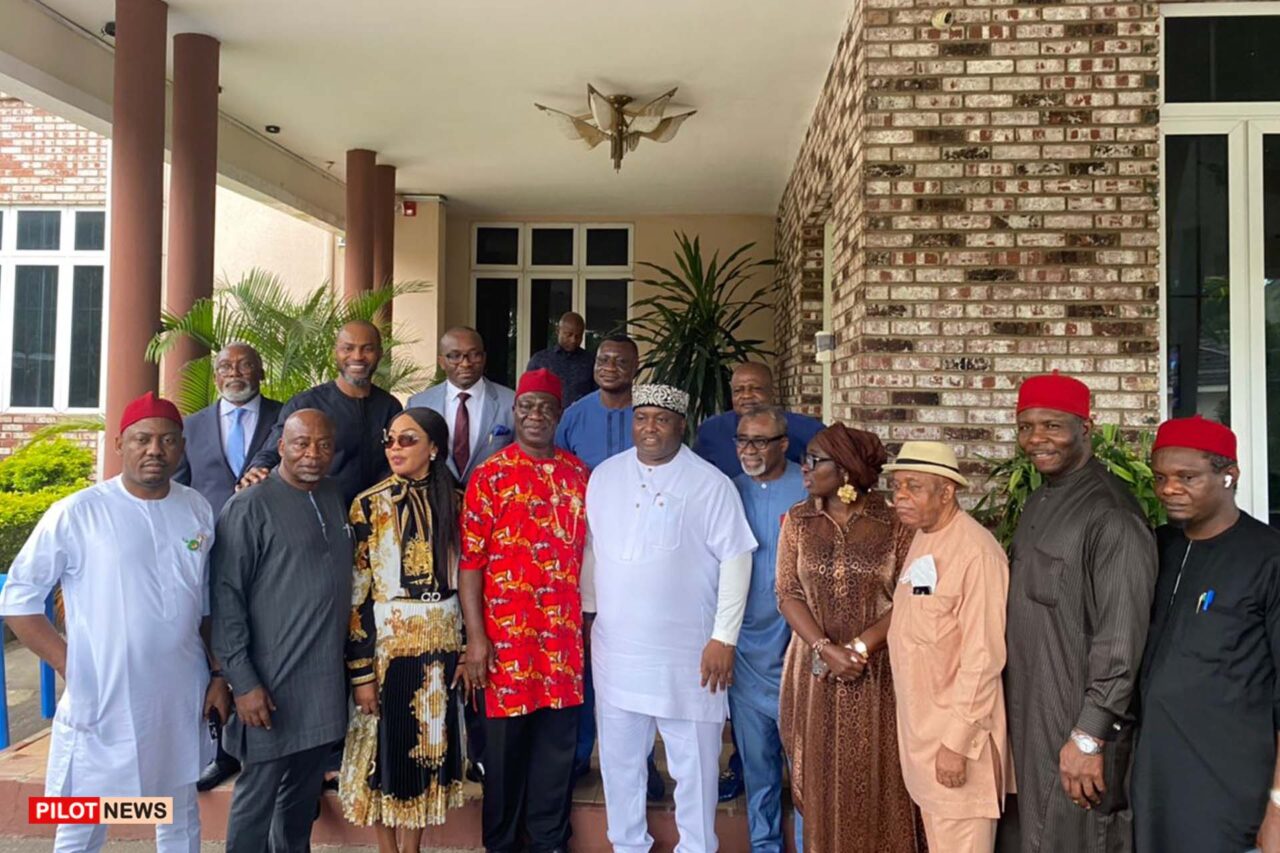 ENUGU — The arrest and detention of Mazi Nnamdi Kalu, leader of the Indigenous People of Biafra, IPOB, led to the group issuing a sit-at-home order every Monday throughout the five states in the southeast from 6am to 6pm until his release.

The development degenerated to loss of lives, properties even academic set back as hoodlums capitalize on the order to perpetrate dastard acts; disrupting WASC examination and setting teachers’ motorcycles ablaze.

In this light, the southeast Caucus of National Assembly on Wednesday resolved to set up a committee to constructively interface with relevant stakeholders, the Federal Government, and its relevant agencies towards finding a political solution.

This was part of the communiqué issued after the meeting of the legislators held at the residence of the former Deputy President of the Senate, Ike Ekweremmadu at Apo legislative quarters, Abuja.

The Caucus appealed to Ndigbo not to allow anyone to destroy the South East region.

It states, “The post-war South East was not built through government patronage, but largely by the sheer determination and sacrifices of our people, who refused to resign to fate or bow their heads in defeat.”

“As a people we cannot begin to undermine ourselves or become our own nemesis. We must also always bear in mind that our people thrive on industry, commerce, and the informal sector,”

“Therefore, while we must fight for our rights and legitimately express our displeasures over every form of mistreatment, injustice, and inequity, we certainly cannot afford to be the proverbial lizard that ruined his mother’s funeral.

The caucus expressed solidarity with people of the South East over the marginalization of the region in the scheme of things within the Nigerian commonwealth and resolved to fight for a level playing ground and an enabling federal system where Ndigbo are able to develop their homeland at their own pace and equally pursue their happiness and actualize their enormous potentials in every part of the country, unmolested.

Insecurity: Over One Million Nigeria Children Are Afraid of School – UNICEF