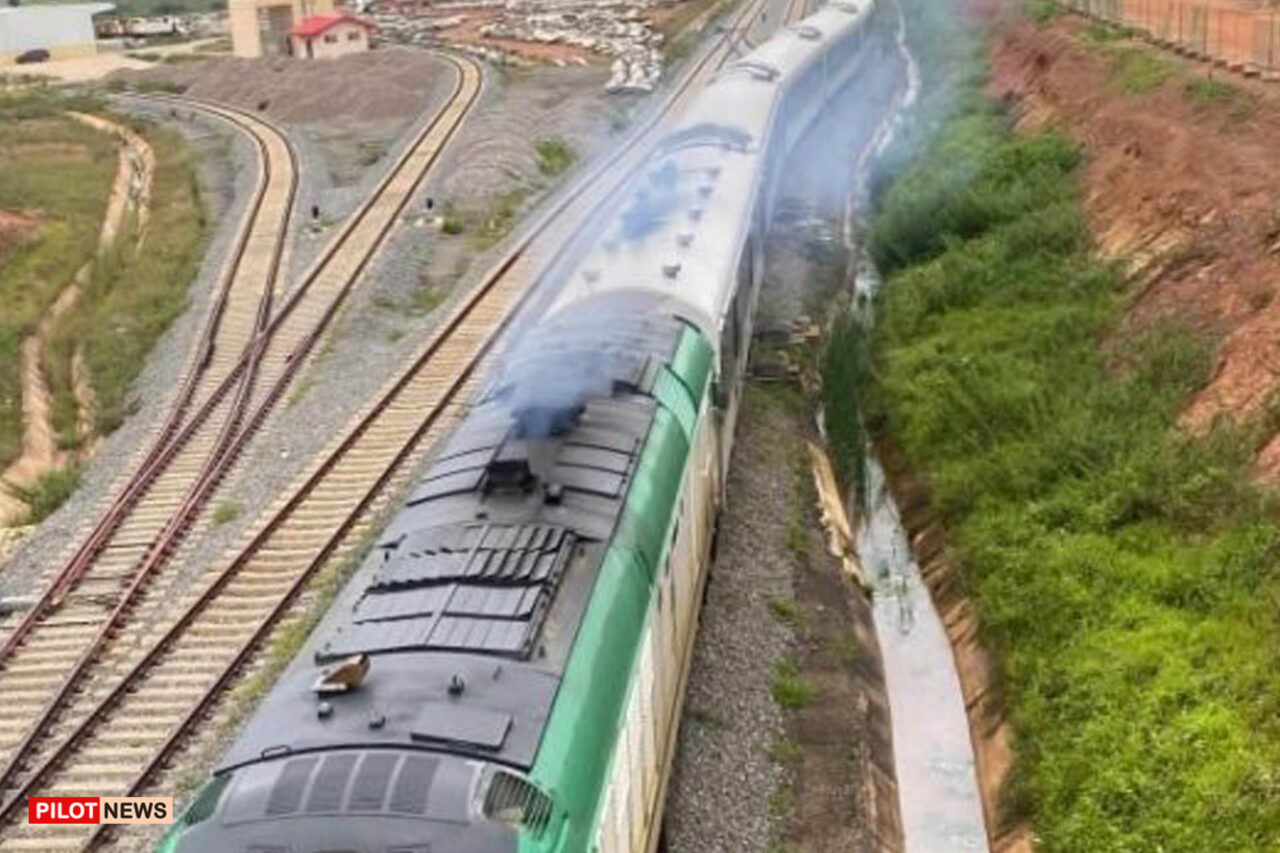 The NRC on Saturday resumed services on the Abuja-Kaduna route two days after it suspended operations on the route following the explosion, the News Agency of Nigeria reports.

The Corporation had last Thursday announced the suspension of all operations on the route after an Abuja-Kaduna bound train almost suffered a derailment as a result of the explosion that occurred at the Rijanna area on the route.

A NAN check at the Rigasa station on Sunday indicated that in spite of the resumption of normal train services, the turn out of passengers travelling from Kaduna to Abuja was till low.

The train, with a carrying capacity of 928 passengers per trip, had barely 300 passengers on board traveling to Abuja, leaving more than half of the seats empty.

Some of the passengers who spoke to NAN maintained that the train service still remained the safest means of transportation despite last week’s unfortunate incident.

They, however, urged the authority concerned to ensure that they improved security along the rail lines and its surrounding areas.

Mr. Ezekiel Bala, a civil servant residing in Barnawa, Kaduna, said he was delighted with the prompt action of the NRC in addressing the unforeseen incident.

“This development has also brought relief to many travellers coupled with the prevailing economic hardship,” he said.

Mallam Iliyasu Kabir, a businessman, resident of Ungwan Mu’azu, on his part said the early resumption of the train services had assuaged the fears of the public.

“So many people had different speculations about the unfortunate incident, but we are happy that services have resumed. For some us, business continues as usual.,” Kabir added.

Mrs Jamila Hassan, an entrepreneur residing in Ungwan Rimi area of Kaduna, said the development would further reduce heavy traffic on the highway that was capable of increasing road crashes.

“The situation would have been pathetic, especially on the Abuja-Kaduna highway, considering the upcoming festivities, as the end of the year approaches,” she said.

Mallam Samaila Dogo, a petty trader at the Rigasa train station, could not hide his joy upon seeing that the train service had resumed because the development would impact positively on his business.

“I make brisk sales only when there are travellers who troop to the station or are returning from Abuja.

“Some of us were already worried about where to relocate to, to earn a living, but thankfully business has resumed,” Dogo said.

An official of NRC, who sought anonymity, told NAN that only the Headquarters could comment on the resumption of the train service, including the planned security measures to ensure the safety of lives and property of travellers.