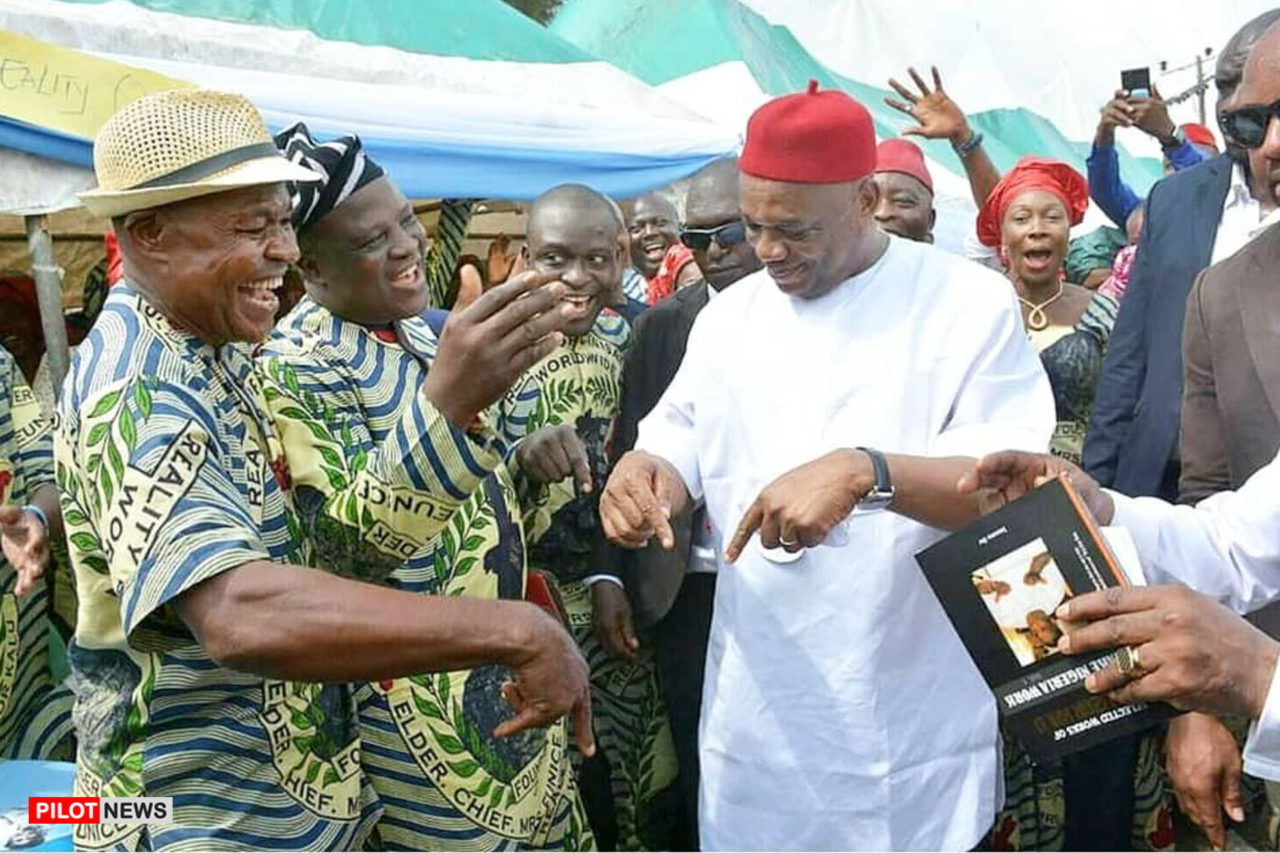 ABUJA — The chief whip of the senate, Orji Uzor Kalu has announced that he is intent on contesting for the presidential ticket of the All Progressives Congress (APC) with Bola Tinubu, national leader of the party if it is zoned to the south.

He indicated this during an interview with journalists on Monday.

Kalu noted that it is the turn of the south-east to produce the next president.

“I don’t want to talk about his ambition. All I know is that as far as the party is zoning it to the south, southeast should take preference to anybody trying to run.

“That is what it should be and what I am ready to stand for. I will be very ready to face him in Eagle Square and I will get it.”

On what Tinubu’s declaration for presidency means to the aspiration of the Igbo in 2023, Kalu said: “I do not see Tinubu’s aspiration having any effect on the president of Nigeria coming from the Igbo area. It has no effect.

“We are talking based on what Nigeria should be. We are talking based on what people should believe. Obasanjo has been president for eight years. Osinbajo is doing eight years as vice-president, and no Igbo man since independence has been a democratically elected president. So it is always good to think of what is reasonable and what will be more sellable. That thing is almost like dead on arrival. It’s not going to work.

“I’m the most prepared presidential candidate in Nigeria. I’m capable healthwise, I’m capable as a person, I’m capable in my pocket. I’m capable to face anybody. But the party is supreme. I only wait for APC as a party.

“For me, contesting for president is not the issue. The issue is who is going to lead the country into an economic miracle, into a turnaround. I’m not against Tinubu. If it’s zoned to his area and the party said he should go. Well, the party is supreme. I’m only waiting for the party.

“To run for president, I think I am the most prepared. I have done it before in 2007 and if I consider running, I will be the most formidable. I have everything it takes to face any candidate.”