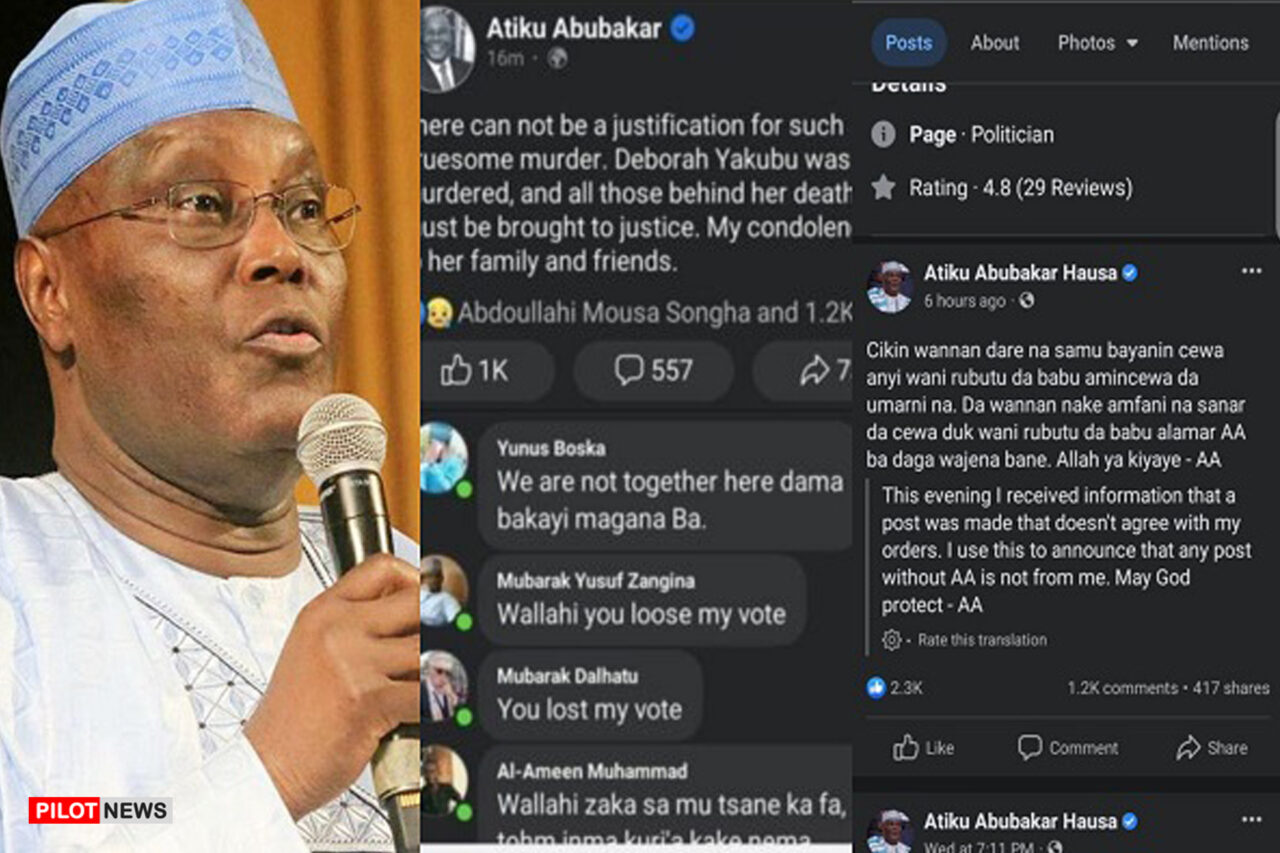 A frontline presidential aspirant of the People’s Democratic Party (PDP), Atiku Abubakar, has deleted and distance himself from a tweet condemning the lynching of Deborah Samuel, a Christian 200-level student of Shehu Shagari College of Education, Sokoto, who was killed for allegedly insulting Prophet Muhammad.

The former Vice President has earlier taken to Twitter to condemn the mob action, saying, “There cannot be a justification for such gruesome murder. Deborah Yakubu was murdered and all those behind her death must be brought to justice. My condolences to her family and friends.”

The former Vice-President, however, came under threats from some Muslim northerners who threatened not to vote for him if he emerges as the Presidential candidate of the PDP.

However, Atiku later deleted the tweet amid the threats.

On Facebook, the former Vice President in a message on his verified Hausa page distanced himself from the message. He also stated that any message on social media that did not come with the initials “A. A.” were not his.

“This evening I received information that a post was made that doesn’t agree with my orders. I use this to announce that any post without A. A. is not from me. May God protect us,” he wrote in the Hausa language.

The decision of the former Vice-President to delete the tweet has caused an uproar on social media as he is now trending at number one on Twitter.

Below are the tweets Atiku deleted

INEC Expresses Concern Over Insecurity Ahead of 2023 General Elections