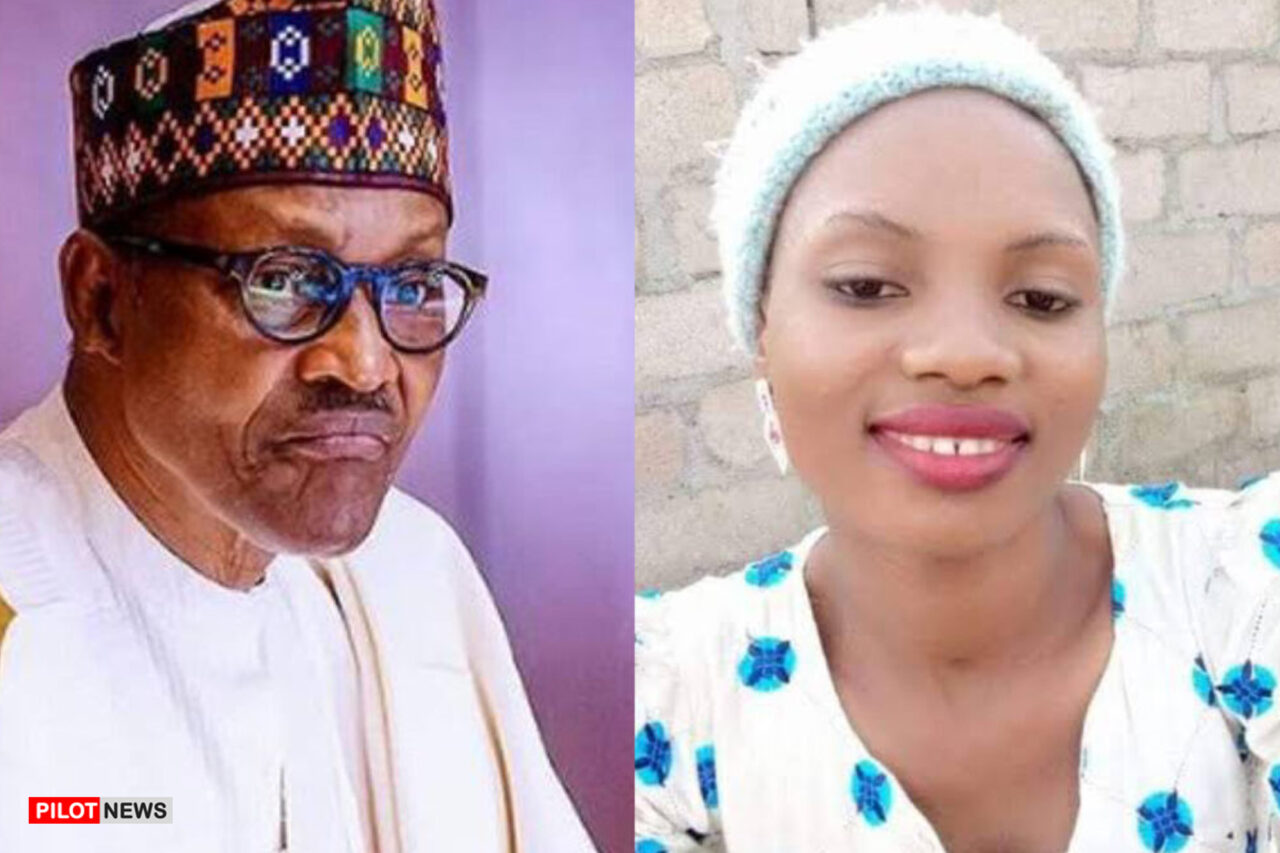 ABUJA — President Muhammadu Buhari has, on Friday, condemned the killing of Deborah Samuel, a second-year student of Shehu Shagari College of Education, Sokoto, who was killed on Thursday by a fellow student following an allegation of blaspheming Prophet Mohammed (SAW).

The President’s reaction is coming after the condemnation of the incident by the Sultanate Council in Sokoto. The incident has generated reactions from different people and groups.

According to the police, the student was accused of making a social media post that blasphemed the holy prophet Muhammad (SAW).

The police said the students forcefully removed the victim from the security room where she was hidden by the school authorities, killed her and burnt the building.

Some footage also captured a raging fire as a man faced the camera, claiming that he killed and burnt her, and brandishing a matchbox.

In a statement by the President’s media aide, Garba Shehu, Buhari said the news of the killing of the young lady by fellow students was a matter of concern.

He, therefore, demanded an impartial, extensive probe into all that happened before and during the incident.

The President stated that Muslims all over the world demand respect for the holy prophets, including Isah (Alaihissalaam, Jesus Christ) and Muhammad (SAW).

He, however, explained that where transgressions occur, as alleged to be the case in this instance, the law does not allow anyone to take matters into their hands.

President Buhari stressed that religious leaders have always preached that it was not for a believer to judge the actions of another person and the constituted authority must be allowed to deal with such matters when they arise.

“No person has the right to take the law into his or her own hands in this country. Violence has and never will solve any problem,” he was quoted as saying in the statement.

The President also directed the Ministries of Information and Culture, Police Affairs, as well as Communications and Digital Economy to work with telecoms service providers and tech companies to help contain the spread of false and inflammatory information through social media.

He extended the nation’s condolences to the family of the slain student and wished all those injured a quick recovery.

President Buhari commended the immediate response to the incident by the government and urged religious and community leaders to call citizens’ attention to the need to exercise the right to freedom of speech responsibly.

He called for tampered comments by the media and calm among the general population while the investigation continues to find out the remote and immediate causes of the incident.

Also, “The Sultanate Council condemned the incident in its totality and has urged the security agencies to bring perpetrators of the unjustifiable incident to justice,” a statement signed by council secretary, Sa’idu Muhammadu Maccido, said.

“The Sultanate Council has urged all to remain calm and ensure peaceful co-existence among all people of the State and nation.”