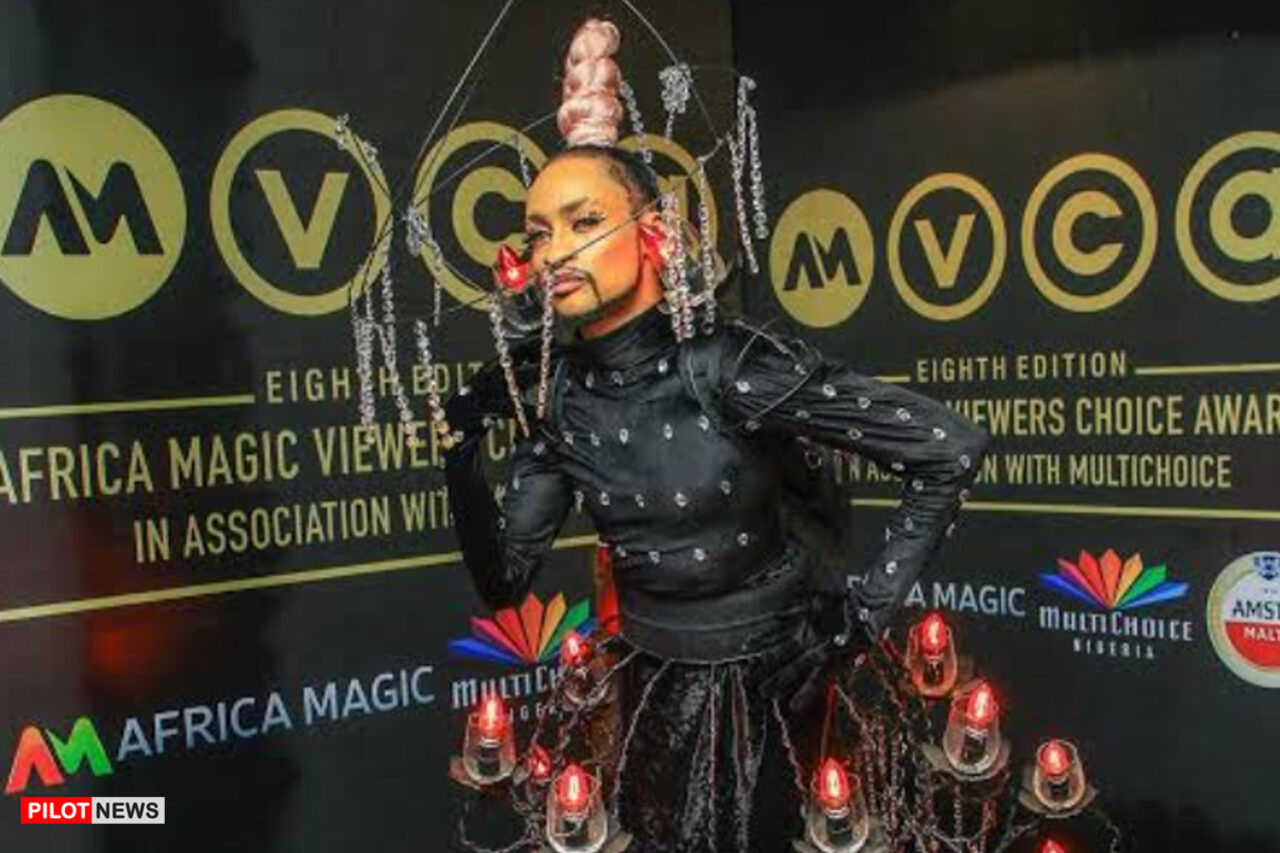 LAGOS — TV host and entertainment personality, Denrele Edun, has cried out over the effect of the outfit he wore to the recently held Africa Magic Viewers’ Choice Awards.

The West African Pilot recalls that for the grand-finale of the 8th edition of the African Magic Viewers Choice Awards (AMVCA) held at Eko Hotel and Suites, Victoria Island on Saturday, May 14 night, Denrele wore an outfit that contained several light bulbs.

Lamenting over the ‘unconventional’ outfit, he said he still has bruises on his waist as a result, noting that the outfit was made of metal and inverter batteries.

Speaking on what inspired the outfit in an interview, Denrele noted that he wanted to wear something ‘very unconventional’.

He recounted how he wore a backless dress and mask during either the 2015 or 2016 AMVCA and people rarely recognised him as they thought he was a South African nominee.

“I wanted something that would not only be red-carpet-worthy but as well that people would not forget in a hurry,” Denrele said.

“I remember that in 2015 or 2016, I wore a backless dress to the AMVCA with a mask. Many people thought I was a South African nominee. They did not know I was the one. It was funny and I enjoyed it. At the after-party, when I took my mask off, people screamed.

“But, this latest outfit was not just about arresting attention. I wanted to wear something very unconventional that had never been worn before. I wanted something that would be wearable and still be art, and Toyin (Toyin Lawani, celebrity fashion designer and stylist) got the idea. I did fittings for the outfit but my waist was small, so they had to fix it.

“My waist is still bruised as I speak. It was made with metal and we had to construct inverter batteries. For me, it was the fashion with art.”