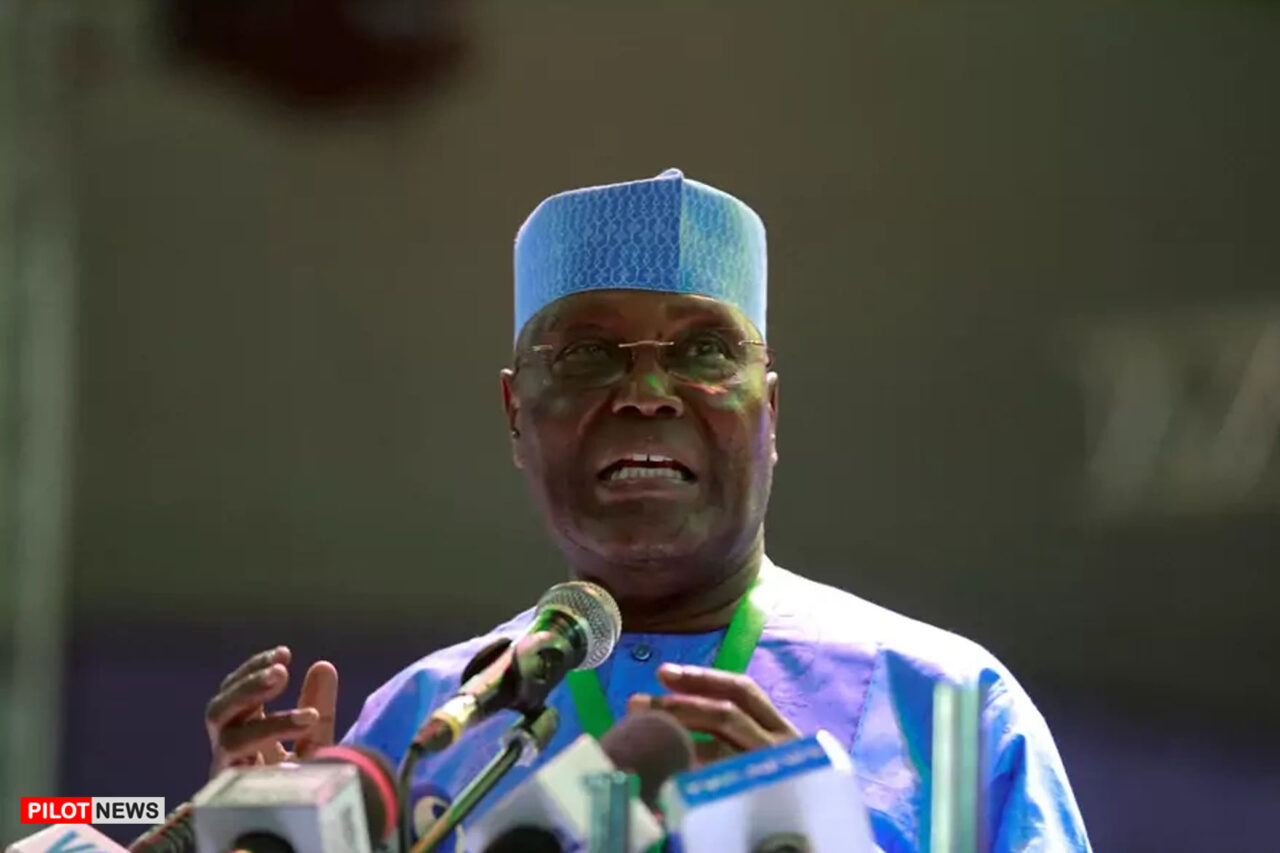 The outcome of party presidential primaries appears to signal the end of post-military elite political consensus.

Insofar as the axle of political contestation in Nigeria is the struggle for power between the northern and southern elite blocs, systemic stability hinges on the moral understanding that power will rotate between the two regions.

The order of succession since the inauguration of the Fourth Republic in 1999 has largely followed the logic of this entente, starting with the Olusegun Obasanjo presidency (1999- 2007), conceded to the Southwest as compensation for the tragedy of Moshood Kashimawo Abiola, the generally acclaimed winner of the June 12, 1993, presidential election.

Whether each side has been faithful to the terms of this understanding depends on who is doing the analysis. Although Katsina-born Umaru Musa Yar’Adua duly took the northern turn as Obasanjo’s successor in 2007, his unexpected passing in May 2010 and the accession to power of Goodluck Jonathan, his vice president, meant that, in reality, what should have been a northern term of potentially eight years was truncated to three. Northern desperation to keep Yar’Adua in office despite his failing health, and, following his transition, to extract every ounce of assurance that the incoming Goodluck Jonathan would only complete a singular term, was driven solely by the legitimate need, from a northern standpoint, to recoup its loss.

After running out his former boss’s first term, Jonathan would go on to clinch the presidency in 2011, instructively without significant northern support. As soon as it became clear that Jonathan would prevail in that year’s presidential election, riots broke out across several northern Nigerian cities, while property belonging to Jonathan’s supporters was attacked in the northwestern states of Kano and Kaduna. Jonathan’s efforts at a second term in office—against northern protestations—were repelled by Muhammadu Buhari, who, in 2015, became the first electoral challenger in Nigerian history to upstage an incumbent.

While the Buhari presidency may have symbolized a resetting of the clock and an ostensible return to the paradigm of the elite pact, there is also no question that, in hindsight, Jonathan’s realpolitik may have bequeathed the feeling that, notwithstanding this unwritten agreement, power may reasonably “shift” to whichever region has the most desire and brazenness.

This, at any rate, appears to be the fundamental impulse behind Atiku Abubakar’s emergence as the standard-bearer of the opposition People’s Democratic Party (PDP), a candidacy that appears to have the full backing of the northern political establishment, and one that has been pursued in open defiance of the understanding that the presidency should revert to the south after Buhari’s two terms in office in May 2023. Significantly, not only are Buhari and Abubakar northerners—though they hail from two different political zones—they are also both Fulani, Nigeria’s dominant ethnic group that forms the majority ethno-regional group with the Hausa (hence Hausa-Fulani).

Adamawa-born Abubakar is a political veteran. Deputy to Olusegun Obasanjo, he has been a serial runner for the country’s highest office—and on both sides of the party divide to boot—having run unsuccessfully in 1993 (for the SDP ticket), 2007 (as CAN candidate), 2011 (for the PDP ticket), 2015 (for the APC ticket), and 2019 (as PDP candidate), respectively. While his sheer staying power and determination to become president must have ranked him high in the calculation of the northern elite, there is the not inconsequential factor that, being in all probability his last throw of the dice (he turns seventy-six in November), Abubakar can be counted upon to mobilize and deploy his famed nationwide political machinery, which he has nurtured since his first swing at the presidency in 1993.

While the north may rightly feel that of all the candidates—at least among those who ran for the PDP ticket—only Abubakar has the national spread and the attendant political apparatus to deliver the presidency to the north, this can only be secondary to the issue of whom it feels can be trusted, first and foremost, to hold and keep power in the north, and second, deliver on the offices and resources that are dear to the hearts of the northern elite.

Seen from this vantage point, a candidate like Peter Obi, former Governor of Anambra State who exited the race (and the PDP) days before the party presidential primaries to pitch his tent with the Labour Party, stood no chance at all. Not only does Obi lack a nationwide political constituency, but he also failed to earn the trust of a political establishment that prefers a candidate of northern extraction, or, alternatively, a candidate who can deliver on the aforementioned northern agenda. Support for Obi would have made perfect sense if, under any circumstance, power had to rotate to the south, but Jonathan’s realpolitik, as previously mentioned, appears to have changed that. Tellingly, Obi left the PDP without endorsing any candidate, and it remains to be seen whether he can tangibly affect the race from the standpoint of a Labour Party that, all told, remains marginal.

Nor do things bode particularly well for an Igbo presidency, the case for which has been made, vigorously if intermittently, and one that appears to have stimulated several candidates of Igbo extraction within the PDP to throw their hats in the ring. But none of the candidates have had much electoral traction. While Nyesom Wike, a sitting state governor from the South-South region, had a chance of using his alleged financial muscle to secure the PDP ticket, he had to be content with the consolation prize behind Abubakar in large part due to the political maneuvers of the northern political elite.

The Igbo would seem to have even less of a chance within the All Progressives Congress (APC), where former Lagos State Governor, Bola Ahmed Tinubu, is the clear frontrunner. Following a recent meeting at the Abuja residence of former Imo State Governor, Rochas Okorocha, APC candidates of Igbo extraction resolved to throw their weight behind whoever among them clinched the party’s ticket. Tinubu’s influence and financial heft make that possibility highly unlikely. In addition, it would appear that the ultimate deciding factor in the party is whomever the incumbent President Muhammadu Buhari favors. As things stand, Buhari neither favors a candidate of Igbo extraction nor Tinubu, though he is still believed to be open to a candidate from Tinubu’s Southwest political zone. His vice, Yemi Osinbajo, has been discussed, but there are worries about his lack of a political base. To be sure, these are only guesses based on the body language of a president who, less than a week to his party’s primary election, remains studiously mute about his preference.

That said, it is widely believed that northern political intrigues are ultimately designed at stopping Tinubu, arguably the single most important and enduring actor in Nigerian political life since 1999. Like Abubakar, Tinubu presides over a well-oiled political machine and has been eyeing the presidency since the end of his term as governor in 2007. He is widely credited with bankrolling the APC in the 2015 elections.

Seventy this year, Tinubu, again not unlike Abubakar, may also see next year’s election as his last real opportunity to trade his kingmaker status for the real thing. Interestingly, he was among the first set of people to congratulate Abubakar, his erstwhile political ally, after the latter’s emergence as PDP candidate, announcing in a statement that he looked forward to “squaring up with him as a worthy opponent in the coming election.”

Because of this, all eyes will be on next week’s APC presidential primaries, postponed from the original May 29, according to a theory making the rounds, because of northern scheming to produce a favored “consensus” candidate other than Tinubu, coupled with a waiting game to see which candidate would emerge from the PDP primaries. According to the theory, the scheme to neutralize Tinubu also explains the large number of candidates (twenty-eight) who purchased APC nomination forms (twenty-five would eventually submit) even though the price had been set at an exorbitant $166,000.

Northern scheming to weaken Tinubu or not, that so many individuals could afford to wager such a large sum of money on the negligible probability of emerging the standard-bearer of a major political party speaks to the kind of money in circulation at the uppermost echelons of Nigerian politics.

Regardless, if the APC manages to neutralize Tinubu, either by nominating a northerner (Senate President Ahmed Lawan, from the same northeast zone as the PDP candidate Abubakar, appears to fit the bill), or a candidate from the southwest zone who has the backing of Buhari, it will, especially in the case of the former eventuality, confirm the hypothesis that, beyond party divide, the north will go to any length in its desperation for power. In the latter case, the reasonable inference would be that Buhari was gallant enough to put the pact before sectional interest, northern desire to hold on to power notwithstanding.

Whatever happens, Atiku Abubakar’s emergence is proof that the northern establishment no longer feels morally obligated to stick to a political script that it would argue was originally discarded by the south.