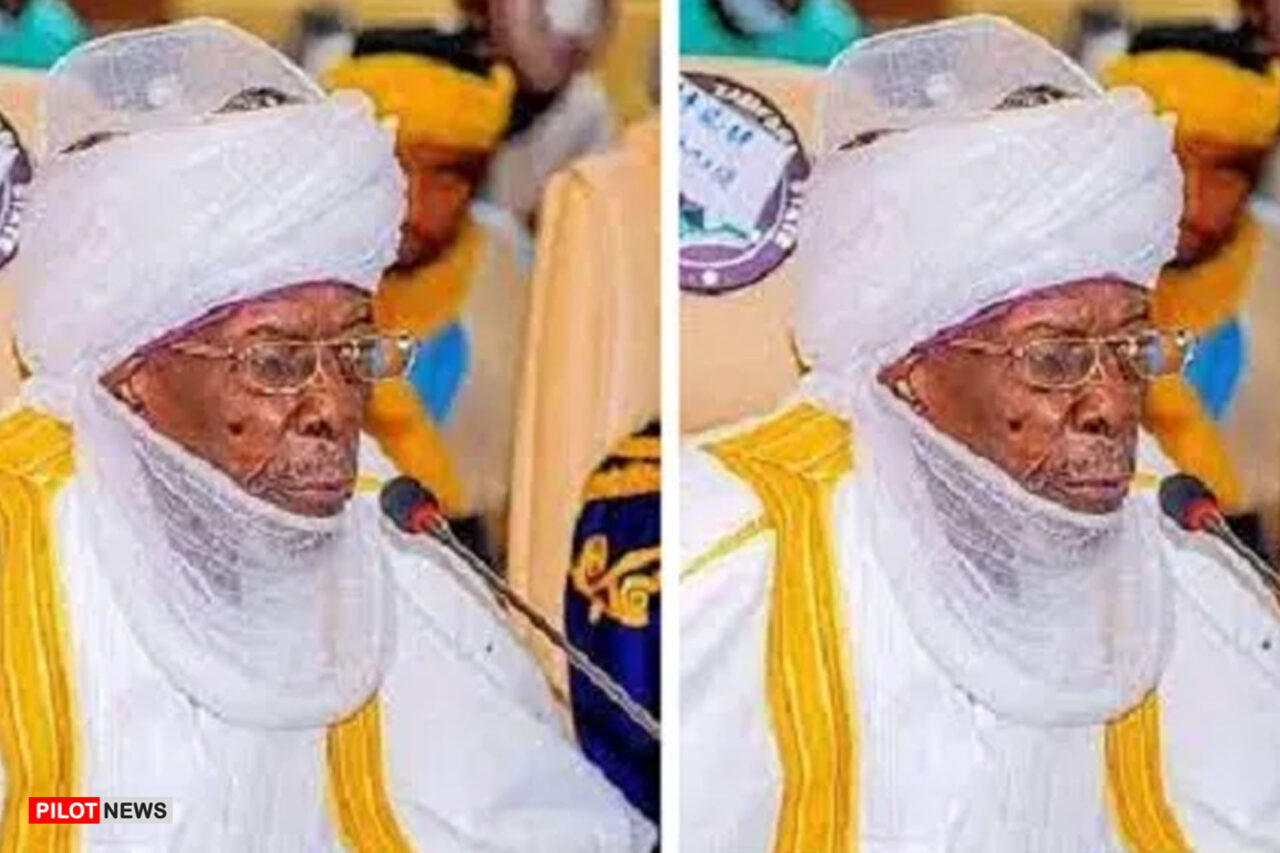 The longest-serving Emir in Zamfara, Emir of Kwatarkwashi in Bungudu Local Government Area, Alhaji Ahmad Umar (Mai-Kwatarshi) who has been on the throne for 61 years, died on Thursday at 93.

The Secretary to the State Government, Alhaji Kabiru Balarabe, who disclosed this in a public announcement, said the emir died after a prolonged illness.

Balatabe said his funeral prayer was conducted at 6:30 p.m in the historic town of Kwatarkwashi according to Islamic rites.

Mai Kwatarkwashi was crowned on March 17, 1961 and died in his palace, leaving behind a great number of children, grandchildren and great-grandchildren.

Meanwhile, President Muhammadu Buhari described the Emir’s death as “a void that cannot be filled.”

A statement by Garba Shehu, Senior Special Assistant to the President on Media and Publicity, President prayed for the repose of the soul of the deceased and urged the people of Kwatarkwashi kingdom and Zamfara State, in general, to bear the loss with fortitude.

The President said, “a kind and caring ruler has left us,” adding that the 61 years of the deceased on the throne had witnessed the growth and development of his community, for which succeeding generations will continue to appreciate him,” the statement adds.

Also, Governor Bello Mohammed Matawalle of Zamfara State has expressed shock at the death of the Emir of Kwatarkwashi, His Royal Highness, Alhaji Ahmed Umar.

According to a press statement signed and issued to newsmen in Gusau, the state capital, by the Special Adviser to the Governor on Media, Hon. Zailani Bappa, the Governor received the devastating news.

The Governor said the death of the Emir of Kwatarkwashi has marked the end of a great era of selfless service to the community.

The statement read in part: “This loss is a great vacuum created in the traditional institution of our dear state, but we are confident that his contribution to the development of our dear state will live on even after his demise.

“The late Emir was not only a responsible father and grandfather to all of us, but a link between the last and the present generation of our traditional leadership. He had served as a bridge between the two generations which made his contributions to our developmental efforts very unique.

“On behalf of myself, my family and the government of Zamfara State, I wish to call on our people, especially those in Kwatarkwashi Emirate, to consider this loss as an act of God which is bound to happen to each and every one of us.

“His Royal Highness, Alhaji Ahmed, the 28th Emir of the historical Emirate of Kwatarkwashi died on Thursday evening in his Palace after a fruitful reign of 61 years.

“May his soul rest in perfect peace in jannat-al- fiddaus.”

Toward 2023: The Igbo cause and structure of the Nigerian politics