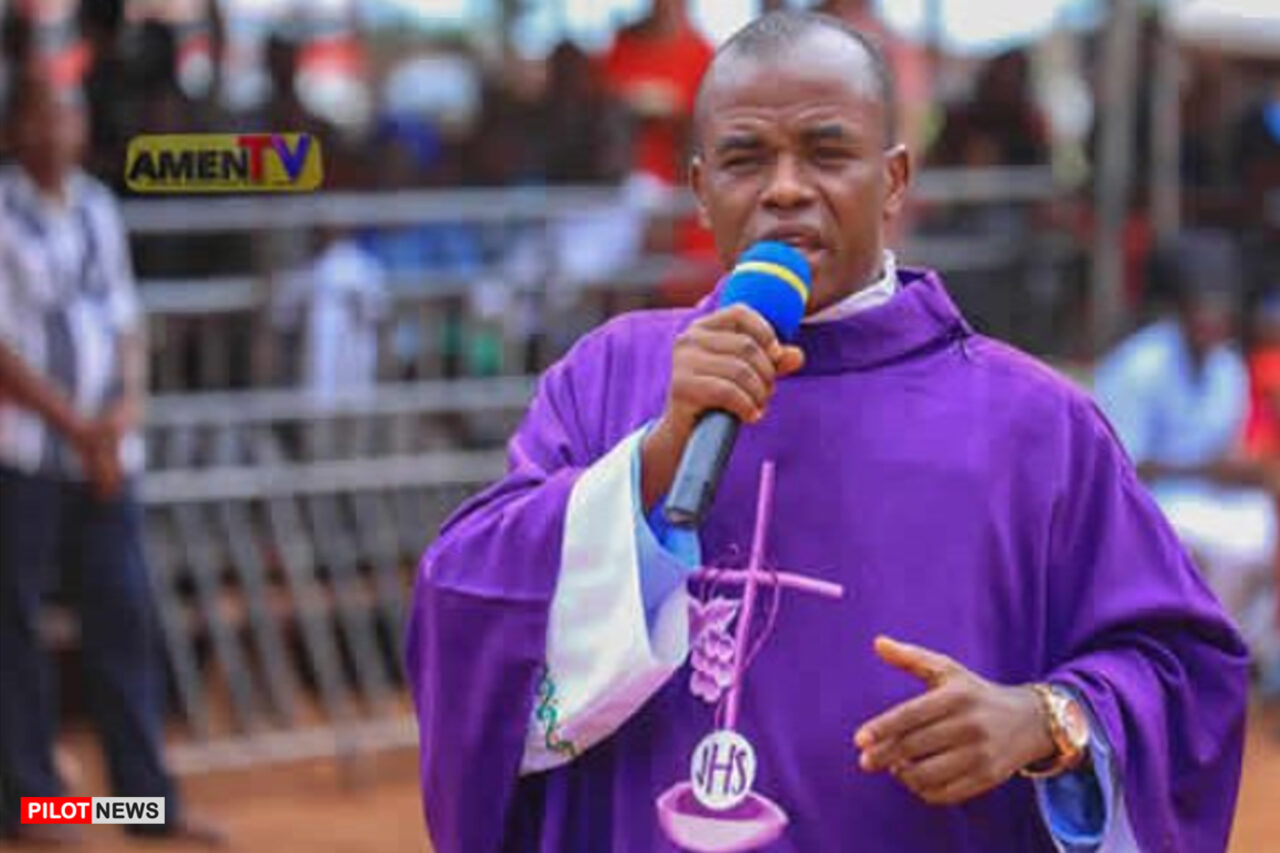 ENUGU — Having apologized to Peter Obi and his supporters for his utterances which were frowned at by most Nigerians including the Catholic Church leaders, Rev. Fr. Ejike Mbaka called on his ardent followers, all ADORES to convene on Sunday 19th June 2022 for Mass and Adoration of the Blessed Sacrament and Fellowship by 10 am prompt.

However, a letter signed by the Chief Shepherd of the Catholic Diocese of Enugu, Bishop V.C Onaga addressed to all clergy, Religious and Lay Faithful under his Diocese prohibits the aforementioned from attending all religious and liturgical activities of the Catholic Adoration Ministry until the due canonical process initiated by the Diocese is concluded.

“In the light of the happenings in the Catholic Adoration Ministry Chaplaincy Enugu capable of undermining the Catholic faith and teachings; and after several fraternal corrections and admonitions to Fr. Camillus Ejike Mbaka, the Chaplain of the Ministry and after having given him pastoral directives and guidelines for the Ministry Chaplaincy which he persistently violated; and in fulfillment of my pastoral duties as the Chief Shepherd with the obligation to promote and safeguard the Catholic faith and morals in Enugu Diocese,”

“I hereby prohibit all Catholics (clergy, religious, and lay faithful) henceforth from attending all religious and liturgical activities of the Catholic Adoration Ministry until the due canonical process initiated by the Diocese is concluded.”

Bishop Onaga then called on all Christians to pray for Fr. Mbaka and the Catholic Diocese of Enugu.

But the Bishop’s decision did not go down well with Fr. Mbaka’s followers as today they were seen carrying green leaves in a demonstration against the Bishop’s stand.

Women On Low-Cut, Men On Braids: The New Cool