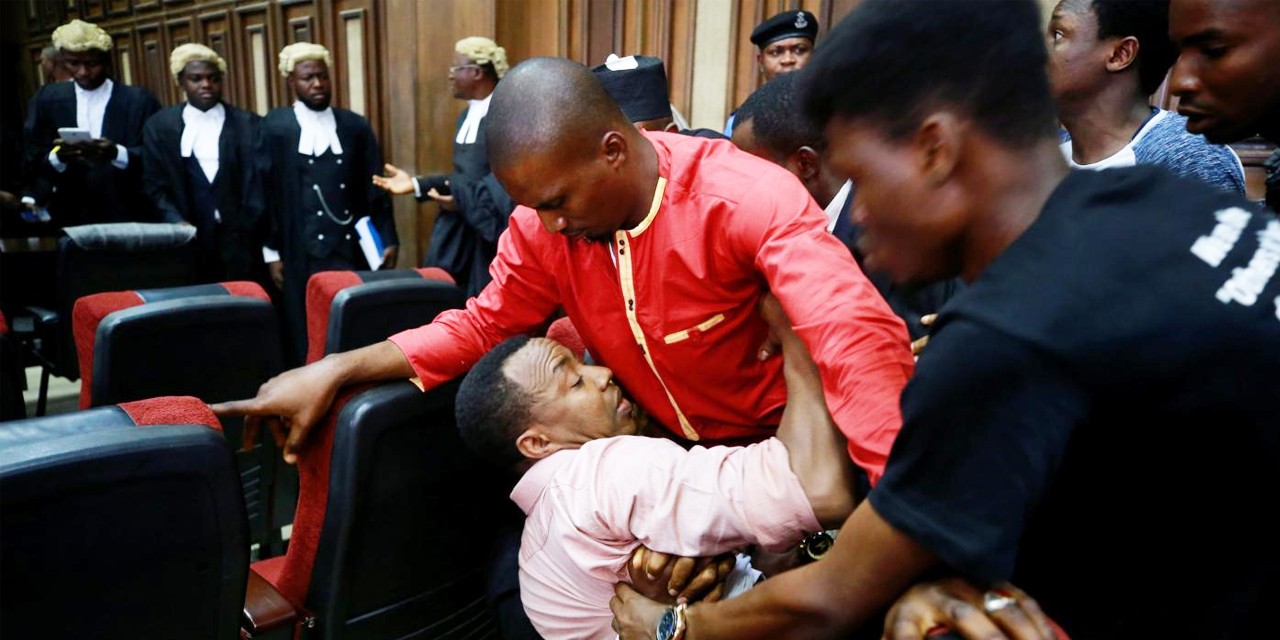 Culled from the (CNN)

Nigerian activist and journalist Omoyele Sowore was dramatically re-arrested Friday just hours after being freed on bail, in a case that has raised questions over free speech in the country.

Sowore, who is the publisher of US-based Sahara Reporters newsite and ran for president in February’s general elections, was detained after calling for a nationwide demonstration against President Muhammadu Buhari. He was charged with treason, money laundering and cyberstalking the President, but denies all charges.
Sowore is being held by Nigeria’s intelligence agency, the Department of State Security (DSS), since his arrest on August 3 — despite two court orders granting him bail. 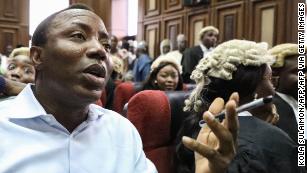 Fears over crackdown on free speech as Nigeria refuses to release prominent journalist
The journalist was released briefly on Thursday after a federal court gave the intelligence agency a 24-hour ultimatum to release Sowore pending his trial.
But DSS officials, wielding guns, stormed a federal high court in the capital Abuja on Friday where the journalist is on trial for treason and attempted to “forcefully arrest” him, his wife Ope Sowore and other witnesses told CNN.
The judge and court staffers fled the courtroom in the chaos that ensued, Ope Sowore said.
“Armed DSS operatives strangled and forcefully harmed my husband in an attempt to rearrest him. The judge fled the courtroom for her own safety. And with brutal force, the DSS operatives were successful in taking my husband again,” she told CNN.
CNN has reached out to DSS spokesman for comment and has yet to receive a response.
CNN earlier spoke to Sowore’s mother — Esther Sowore — on Friday where she became visibly shocked as she learned of her son’s re-arrest.
She told CNN about the toll her son’s arrest had taken on her health. “I cannot eat, I cannot sleep. It is affecting my health. It has been four months now. I plea to Buhari again in Allah’s name, I plead to him to release my son.”
She also called on President Donald Trump to intervene and help free her son during the CNN interview.

Sowore, a former student union activist-turned activist has spoken against corruption and poor governance in Nigeria. The popularity of his RevolutionNow movement has been a thorn in President Buhari’s side.
“Simple elections can no longer save Nigeria or improve Nigeria’s democracy. We deserve or must have a revolution in this country,” Sowore said in an interview with Arise television in July.
The journalist’s arrest alongside another activist Olawale Bakare has sparked protests and fierce criticism from rights group against the Nigerian government. 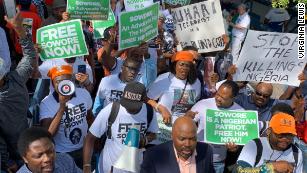 Nigerian journalist charged with treason is granted bail but lawyer says he is still being held
Amnesty International declared Sowore and Bakare and another journalist Agba Jalingo, detained over treason charges as prisoners of conscience.
“When we see cases of injustice like this, it’s important to bring the world’s attention to it. They are prisoners of conscience, and it’s important that the world stands to demand from the Nigerian government to release them unconditionally Amnesty International Nigeria Director Osai Ojigho told CNN.
The Robert F. Kennedy Human Rights and prominent figures, including Amal Clooney, co-president of the Clooney Foundation for Justice, have condemned Sowore’s arrest and continued detention.
“It is outrageous that Nigeria continues to imprison a journalist and Presidential candidate after a court has ordered his release. TrialWatch will continue to monitor Mr. Sowore’s trial and calls on the authorities to implement the court’s order as soon as possible,” Clooney said.