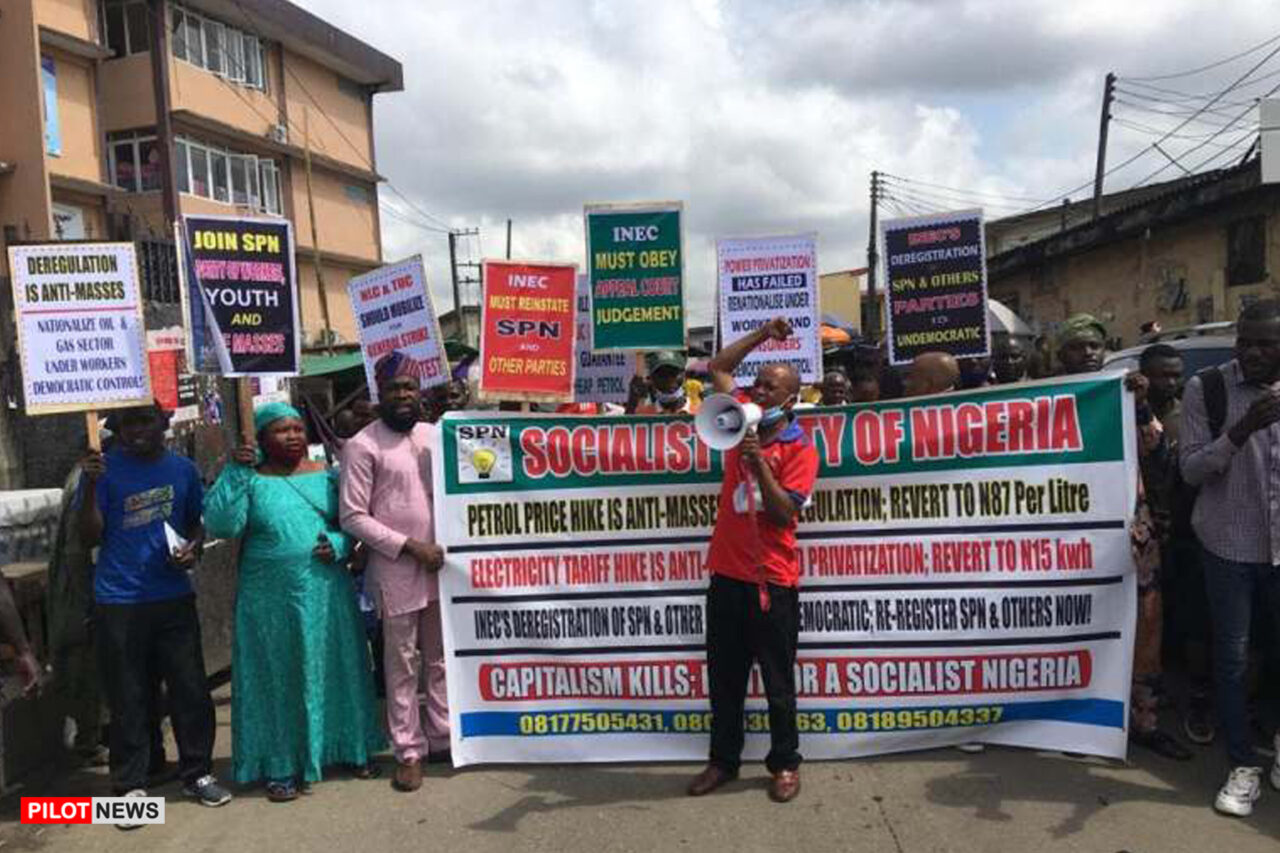 Four journalists have been arrested in Lagos while covering a peaceful protest against increase in petroleum price and electricity tariff and the deregistration of the Socialist Party of Nigeria.

The journalists were arrested along with protesters at Ojuelegba area of Lagos on Thursday. Their phones and gadgets were ceased as they were forced into police vehicles and taken to the State Police Command, the spokesperson for the Organizers of the protest – the Socialist Party of Nigeria said.

“IPC disapproves of the harassment and brutalization of the course of legitimate duty and particularly decries the seizure and damage to their working tools.

“IPC reiterates that the right to peacefully assemble and ventilate grievances over government policies is covered by the laws of the federation and should not be tampered with arbitrarily,” the statement read.

One of the journalists told the West African Pilot News that they were later released but the protesters were still held by the police.