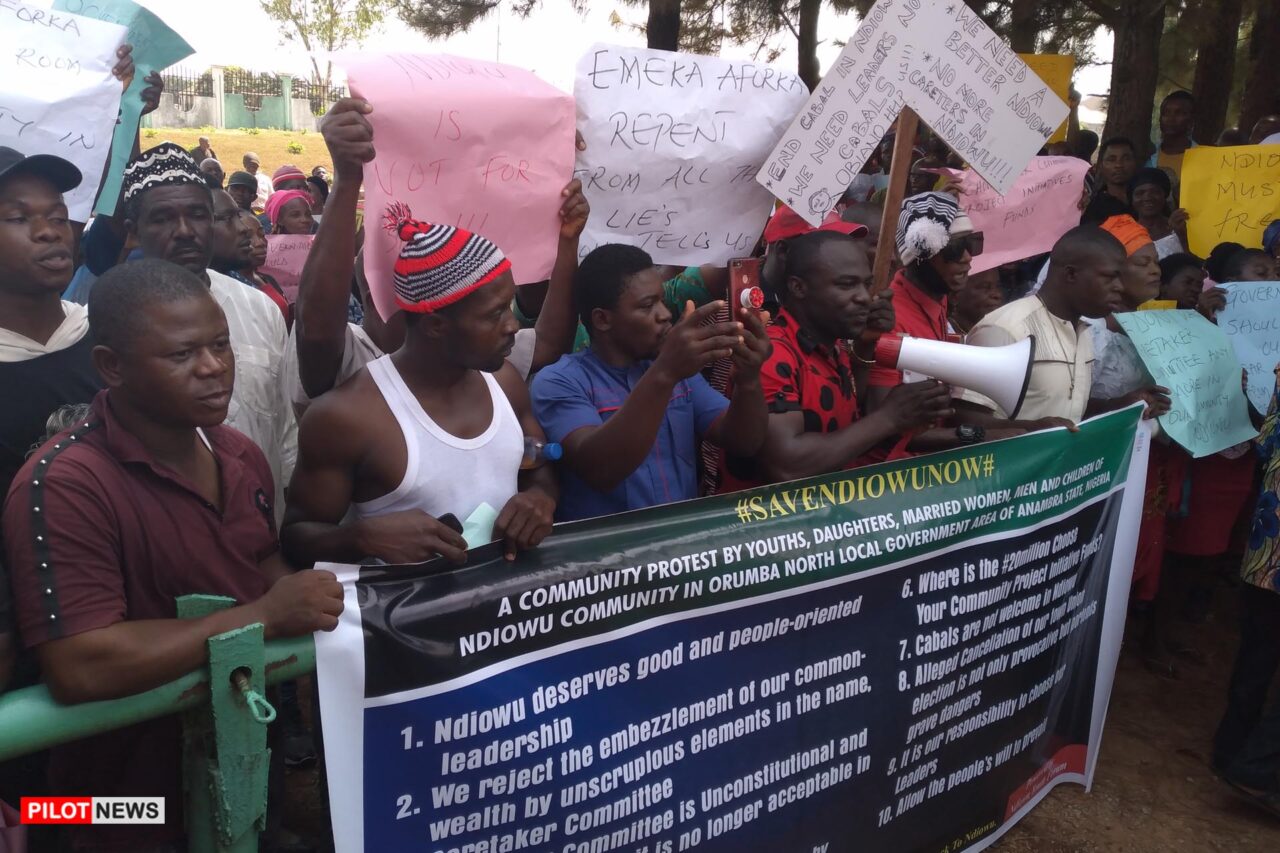 Since the Agulu People’s Union-APU- held its election in December of 2020, there has been series of controversies associated with the election, which forced a notable Senior Advocate of Nigeria from Agulu, to join the suit in court.

However, it appears there is no progress with the court action just yet, against the appointment of the caretaker committee, as all issues raised in the court arising from the election have not been resolved.

The fact that Agulu is the home town of Anambra state’s former governor, Mr. Peter Obi has not made it any easier as more and more people are picking interest in the matter and some now see it as an extension of the political standoff between former governor Peter Obi and Governor Willie Obiano. Consequently, not many people are particularly careful or really interested in the facts of the matter, as they are. As of now, certain considerations that were not part of the process have dominated the discussion, making the matter even more complicated than it was.

In a letter dated 18th January 2021, addressed to the Commissioner for local government, copied to Anambra state Commissioner of Police, Director of DSS, and others, the APU caretaker committee observed that during the Agulu town union election in December 2020, “government observers for the election did not participate up to the end of the election”.

The letter also acknowledged that “thugs infiltrated the venue and actually caused violent fighting”. Going forward, the committee equally noted that there was “Very poor voters’ accreditation”, as well as activities that “amounted to official rigging of the election”.

Yet, in the same letter, the committee also appealed that the “government should uphold the last election and also allow the already elected inaugurated exco to continue their job”.

Here, it is not clear why the committee is making observations of irregularities that marred the election in writing but still asking that those irregularities and clear illegality be condoned.

What is known is that the government had based its cancellation of the election on various petitions of irregularities it received which were said to have featured prominently in the process, as has also been collaborated by the letter from the caretaker committee. The contradiction in the letter by the appointed caretaker committee, however, speaks to the simple fact that there is an attempt to lure the government into approving illegality, though one may not be so sure, this is apparently the most observable standpoint imaginable in this case.

However, the question is, why should the process be marred and acknowledged to be so, still there is a demand for such irregularities to be overlooked, hence, adopted and sanctioned by a government authority?

Before now, a motion for expatiate injunction filed against the caretaker committee was denied by the court, even as the court urged that the status quo be maintained. Although the matter is back in court and was last heard on the 26th January 2021 and there is no final take by the court, just yet.

Therefore, one may say the case is sub judice and until the court takes a definite position on the matter, discussions on the issue remain mere exchange of personal opinions, however, facts will remain facts. But then, why must town union elections be fraught with diverse controversies all of the time, in Anambra state? If it is about community development, why must there be this level of heated politicizations?

For APU and indeed all Agulu people, it is important that they quickly galvanize and resolve their differences so that they will be united in moving their town forward. Nobody can resolve the ongoing differences arising from the election more than they can do it, by themselves.