After a dramatic mayoral election meltdown, Attorney Tony Buzbee is facing another challenge ―this time in a district court.

Rusty Hardin, an attorney, is not well-known to me, as my usual interest is in politicians and leaders or perhaps, politics and leadership. However, I do recall a few of his litigation endeavors. For instance, when the former Houston Oilers quarterback, Warren Moon, was acquitted by a Fort Bend County jury of choking and beating his wife. And in 2004, when an NBA Hall of Famer, Calvin Murphy, got off scot-free from charges that he sexually abused five of his ten daughters. Also in 2008, when the wife of the televangelist, Joel Osteen, walked away from a case involving a flight attendant who accused her of assault. As well as in 2012, when former MLB pitching legend, Roger Clemens, faced federal charges of lying to Congress and obstructing justice. Hardin represented Clemens in the Washington D.C. trial where a jury acquitted him of all charges after eight weeks of testimony. 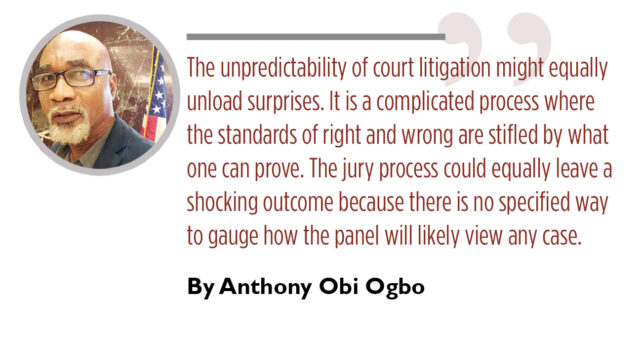 In December 2019, the Houston-based millionaire, Tony Buzbee, was humiliated at the polls, losing his bid to unseat Houston Mayor, Sylvester Turner. He played down his loss, arrogantly defying a customary concession stating, “We didn’t really lose, we just ran out of time.” Today, attorney Buzbee is facing another challenge; a courtroom battle over a high-profile case that he initiated. The problem might not be the case but rather the counsel on the other side, Rusty Hardin.

There were reports over a number of lawsuits filed against Houston Texans quarterback Deshaun Watson, accusing him of sexual or civil assault. The accusation started a media blitz. Tony Buzbee who turned out to be the attorney for the plaintiffs, shuttled between social media and local news outlets to amplify the allegations made by his clients. He packaged his information and released it at intervals to generate suspense—the type that would get the accused’s attention and lure him to the negotiation table.

As of April 9, a total of 22 civil lawsuits have been filed against Watson and recorded on the Harris County District Clerk’s website accusing him of a range of actions during massage appointments over the past year; from refusing to cover his genitals to forced oral sex. But Watson blatantly denied the allegations in the lawsuits, which did not name any of the women.

Matters rather got interesting after attorney Hardin finally filed an answer on April 19, to the 22 lawsuits filed against Deshaun Watson. Hardin accused all the women suing Watson of lying. “Today we answered the lawsuits filed against our client Deshaun Watson. Therefore, the answer to the question of whether we are saying that all 22 plaintiffs are lying about the allegations of sexual misconduct by Mr. Watson is a resounding yes.”

It appeared that Buzbee spent more time on internet newsfeeds than with his clients.

In the weeks after this allegation, it appeared that Buzbee spent more time on internet newsfeeds than with his clients. Outrageous headlines related to these incidents dominated the news in different composition formats.

Around March 23, Tony Buzbee announced his proposed lawsuits on Instagram, bragging on social media that more sexual assault allegations would follow. Within a week or so, 16 women had already made similar allegations of misconduct in 16 separate lawsuits. At some point, the number of accusers rose to 22.

Buzzbee, familiar with a clique of Houston’s local media, built his case around social media, exclusively branding each lawsuit and accusation, aiming to promote a showdown. He organized a press conference on April 6, when one of the 22 women accusing Watson publicly narrated her allegations of sexual assault. But Hardin hit back, revealing that her lawyer had asked for a $100,000 settlement before filing the lawsuit.

Watson did what most celebrities in his predicament would do; he maintained his composure and opted for a good lawyer who knew the difference between social media conviction and the courtroom litigation route. Attorney Hardin’s first task was to investigate the case. Those familiar with Hardin’s litigation pattern would attest to his investigative prowess; the ability to gather every available piece of information to substitute a volatile mixture of myth and innuendo with undiluted facts.

Interestingly, Buzbee had at the time paraded a bevy of nameless accusers, citing the need to shield their identity as victims. Hardin quickly accused Buzbee of using anonymous allegations to destroy Mr. Watson. He claimed in a statement, that he tried to get Buzbee to identify his clients, but he was asked to file a motion. Hardin did that and obtained a judgment. In two separate hearings on April 9, state court judges agreed with Watson’s legal team, which argued that Watson could not defend himself if his accusers, who all filed their civil lawsuits under the name Jane Doe, were allowed to remain anonymous.

Earlier this month, Watson’s accusers amended their petitions to disclose their names. A new lawsuit was added at the Harris County District Clerk’s office by a freelance makeup artist who detailed two separate incidents that occurred during massage sessions in September and November, when Watson allegedly assaulted and harassed her “by exposing himself, touching her with his penis and groping her”.

Hardin’s response to the individual petition signals what might be the beginning of an imminent contentious courtroom duel. Buzbee appears battle-ready. The former Recon Marine Officer began his legal career as an attorney at Susman Godfrey LLP in Houston, and in 2000, he founded Buzbee Law Firm. He spends more time promoting himself than his practice, and it has paid off. For instance, the New York Times Magazine described him as “One of the most successful trial lawyers in the country.” The New York Times Magazine based their endorsement for Buzbee in his role in the litigation against BP, following the Deepwater Horizon Oil Spill in the Gulf of Mexico.

Hardin remains a household name in the legal community. He is not new to the Harris County Court districts, joining the Houston legal confraternity in 1975 as an assistant district attorney and starting his practice after 15 years. Hardin is familiar with the streets, the intersections, and even the traffic lights within Houston’s downtown, the abode of the civil courthouses. He could close his eyes and identify the courtrooms, seating arrangement, and possibly, the presiding judges.

The jury process could equally leave a shocking outcome because there is no specified way to gauge how the panel will likely view any case.

All indications show that the major focus, in this case, may shift from the allegations to a clash between two legal luminaries. It might boil down to Buzbee’s media crusade versus Hardin’s dogged courtroom litigation aptitude. Buzbee, it appears, invests most of his time promoting his clients’ allegations to draw a favorable public opinion.

However, the unpredictability of court litigation might equally unload surprises. It is a complicated process where the standards of right and wrong are stifled by what one can prove. The jury process could equally leave a shocking outcome because there is no specified way to gauge how the panel will likely view any case. Hardin is already requesting a jury trial.♦ Professor Anthony Obi Ogbo, PhD, is on the Editorial Board of the West African Pilot News