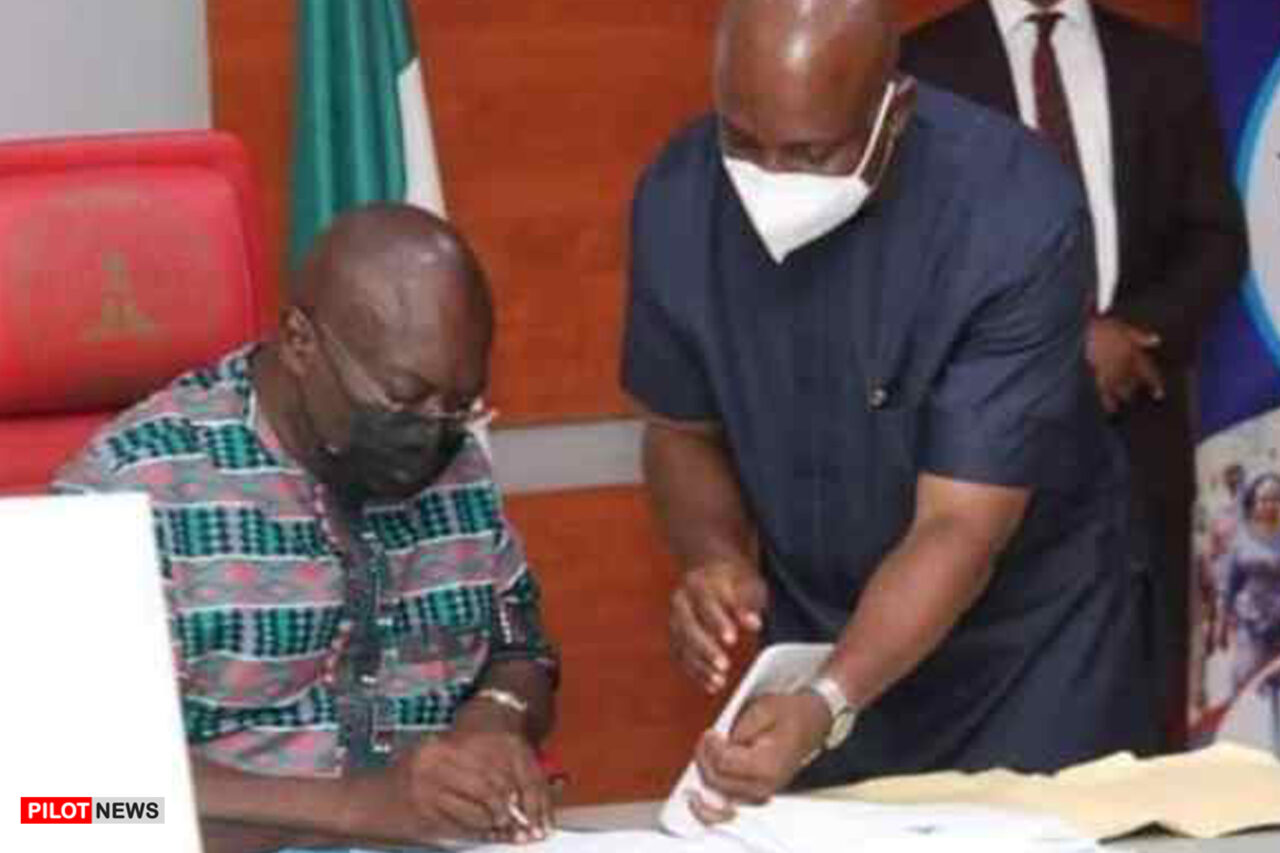 Gov. Okezie Ikpeazu of Abia Tuesday signed the Abia State Water Bill into law to facilitate the state government efforts in providing affordable potable water to all households in the state.

Speaking during the ceremony at the Government House, Umuahia, Ikpeazu described water as a very critical element that played an important role in improving the socioeconomic status of citizens.

The governor said that the law would provide a legal framework that would guide the actions and mandate the state government to provide affordable potable water for households in Abia.

He said that the law enunciates the responsibilities and duties expected of citizens to make the provision and accessibility of portable water to be a success in the state.

Ikpeazu said that to give impetus to the Law, the state government had launched the Abia State Water, Sanitation, and Hygiene (WASH) Policy.

He said that the policy had seven components that were evolved based on the background, geography, and hydrology of Abia.

According to him, it is expected that this policy would aid the government in deploying efficient strategies that would improve access to potable water, as well as boost sanitation and hygiene awareness in the state.

Ikpeazu said that clearly defined issues on finance, research, development, monitoring, and evaluation were encapsulated in the Abia WASH policy.

“Officially, I declare a state of emergency in the WASH sector. This is another requirement that will catalyze the achievement of our dreams and goals.

“People are no longer allowed to defecate in public places. The public is advised to caution and guide their actions.

“We are going to give impetus to the Ministry of Environment and Abia State Water and Sewage Corporation to enforce government’s desires,” Ikpeazu added.

Earlier, Mr. Chris Ezem, the Secretary to the State Government, described the event as a milestone achievement that would contribute to the development of the state.

Ezem, who is also the chairman of the Steering Committee on Abia Water Bill, said that the signing of the bill into Law would facilitate receipt of water, sanitation, and hygiene projects from development partners.

He said that the government was desirous to work with USAID E-WASH in the rehabilitating of water schemes and establishing facilities that would transform the water sector.

Also, Mr. Chika Okey, the Acting Permanent Secretary of the Ministry of Public Utilities and Water Resources said that the Abia Water law and Abia WASH policy were veritable tools for socioeconomic advancement.

Okey said that this move had set Abia on a path of success toward winning the fight against waterborne diseases and adequate provision of potable water.

The Managing Director, Abia Water And Sewage Corporation, Mr. Leo Ogbonna, described the signing of the Water Bill into law and the launching of the Abia WASH policy as a call to service.

Ogbonna promised that the corporation would ensure effective implementation of the law and policy.

Saraki Urges FG to Seek For Help On Insecurity