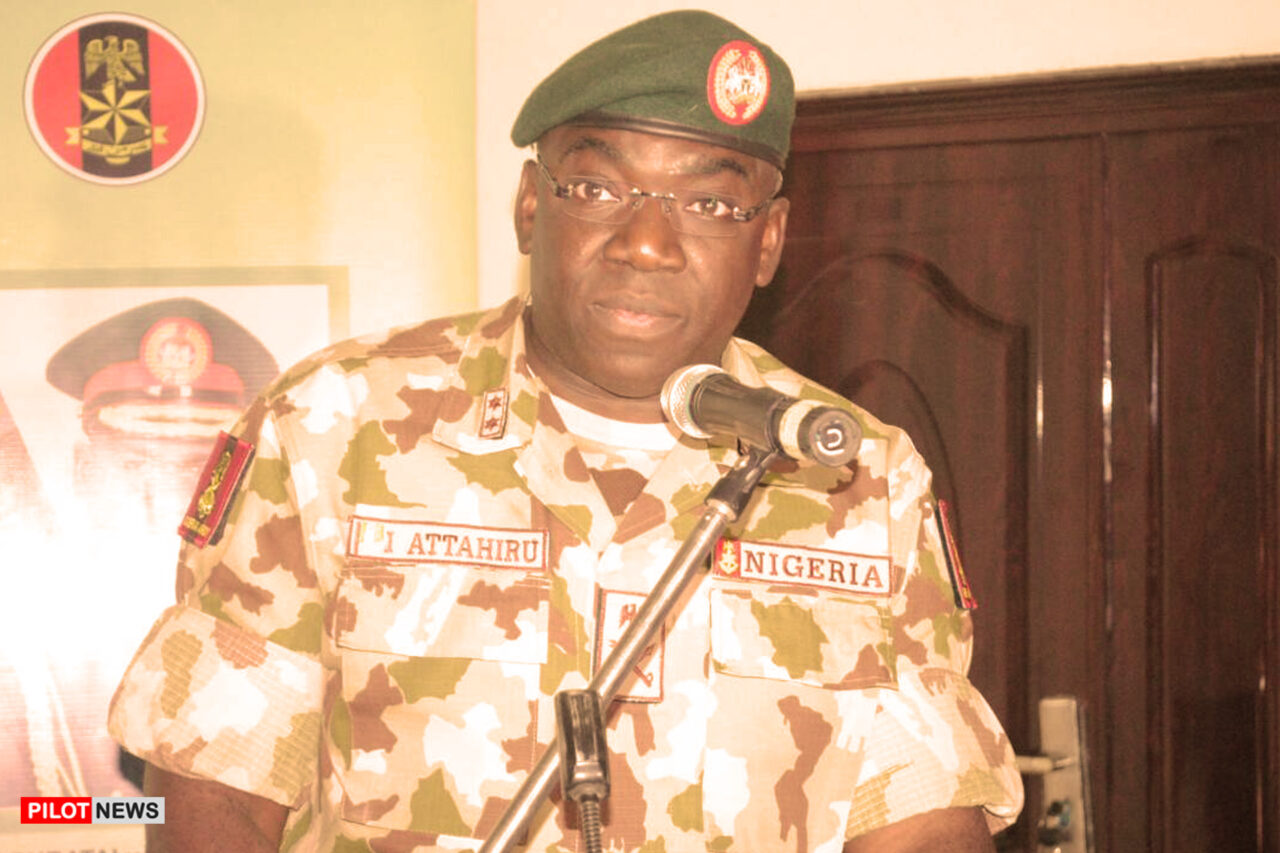 ABUJA — The Nigeria Governors Forum on Saturday expressed shock over the death of the late Chief of Army Staff, Lt-Gen. Ibrahim Attahiru and others died in a plane crash in Kaduna, on Friday.

Governor of Ekiti State, Kayode Fayemi who is also the Chairman of the Nigeria Governors Forum in a statement titled, ‘Demise of the Chief of Army Staff, Lt. Gen. Ibrahim Attahiru,’ in Abuja, on Saturday, said the NGF received news of the death of the senior and junior military officers as well as members of the crew of the ill-fated aircraft with shock.

The statement read in part “The Nigeria Governors’ Forum (NGF) received with deep shock and utter disbelief the death of the Chief of Army Staff, Lt Gen. Ibrahim Attahiru, in a plane crash at the Kaunda International Airport on Friday evening.”

“Lt. Gen. Attahiru, who was appointed Chief of Army Staff on 26th January 2021 by President Muhammadu Buhari, was an exemplary soldier whose zeal, dedication, and professionalism inspired his men in the ongoing war against terrorism and to secure the peace and stability of the nation.”

“Already, all well-meaning Nigerians are enjoying a renewed confidence in the army, while the soldiers themselves are showing appreciation for their leaderships’ encouraging impetus in boosting their morale on the battlefields.

“Our thoughts are with the families of the entire crew members and others in the entourage of the Chief who lost their lives in the unfortunate plane crash. They were worthy and dedicated soldiers who devotedly fought for our country on the battlefield. May the souls of these heroes rest in peace.”

The governors then prayed for the repose of the souls of the departed and that God should grant the families they left behind the fortitude to bear the loss.

Nigerian Politics 101: Malami was not comparing – he was wisely threatening and instigating a reprisal