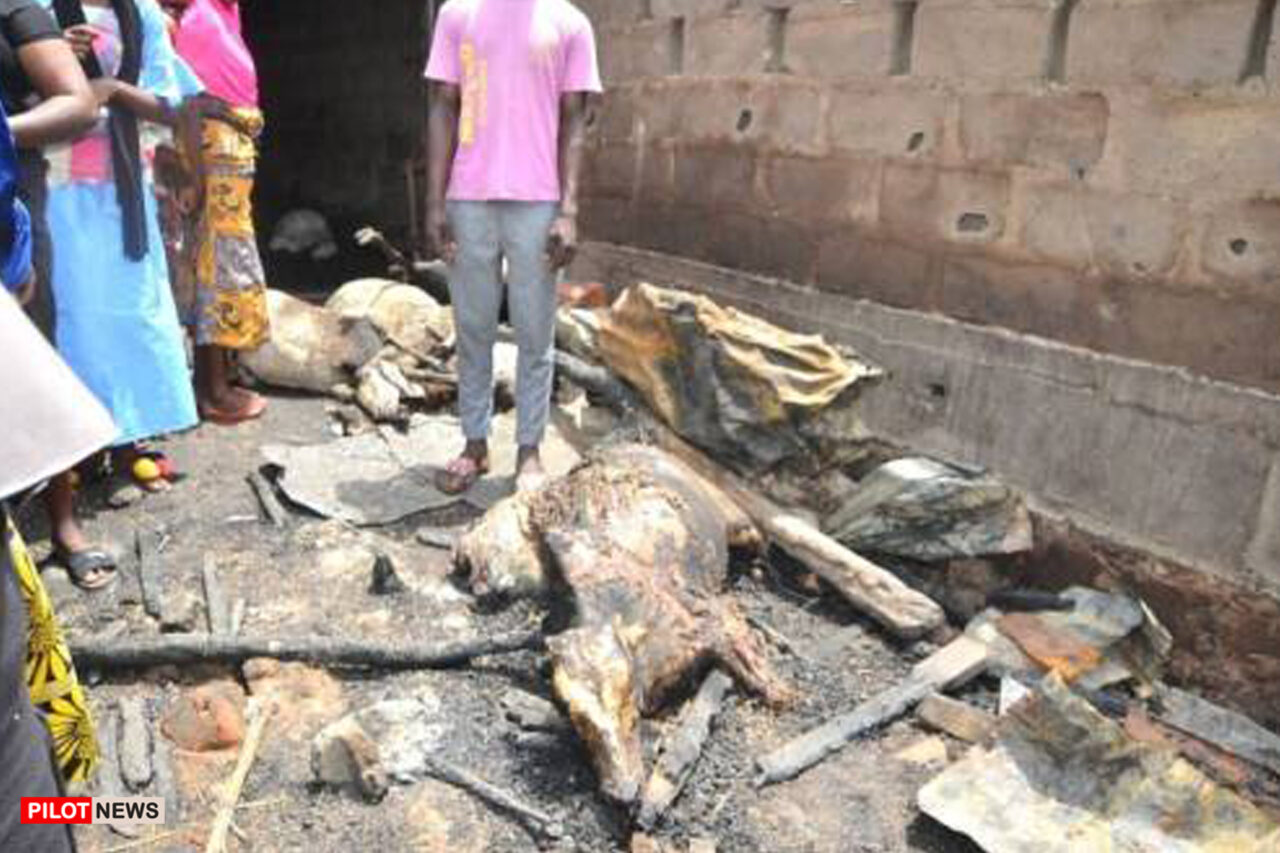 A late-night inferno that started around 11 pm on Thursday at the popular Ipata Meat Market Ilorin has left butchers counting their losses with no fewer than 70 cattle burnt to ashes.

Shops at the market were also razed in the process.

It was gathered that the fire emanated from refuse collected by traders in the market which was later spread by the wind to the animal ranch close by.

Hassan Adekunle, Head of Department, Media and Publicity, Kwara State Fire Service, who confirmed the incident, said “three shops and an open big shed constructed with planks for goat sellers were destroyed by the inferno.”

“Despite the intensity of the blazing fire, the firefighters were able to put it off on time and prevent it from spreading to surrounding buildings in the market area.

“More than 470 shops were saved from the ravaging fire by the firemen,” he added.