Seated on a wooden chair, there in my house, an evening came by to keep me company.

She looked simple but I noticed she had some escorts. They were three in number: a rumbling cloud looking like some fairly used newspaper, a whistling and roaming breeze, and a gang of some chattering trees. They had to wait outside because my small apartment could not shelter them all. By the way, even if it could, they would have to respect my boundaries as I would not want them in. 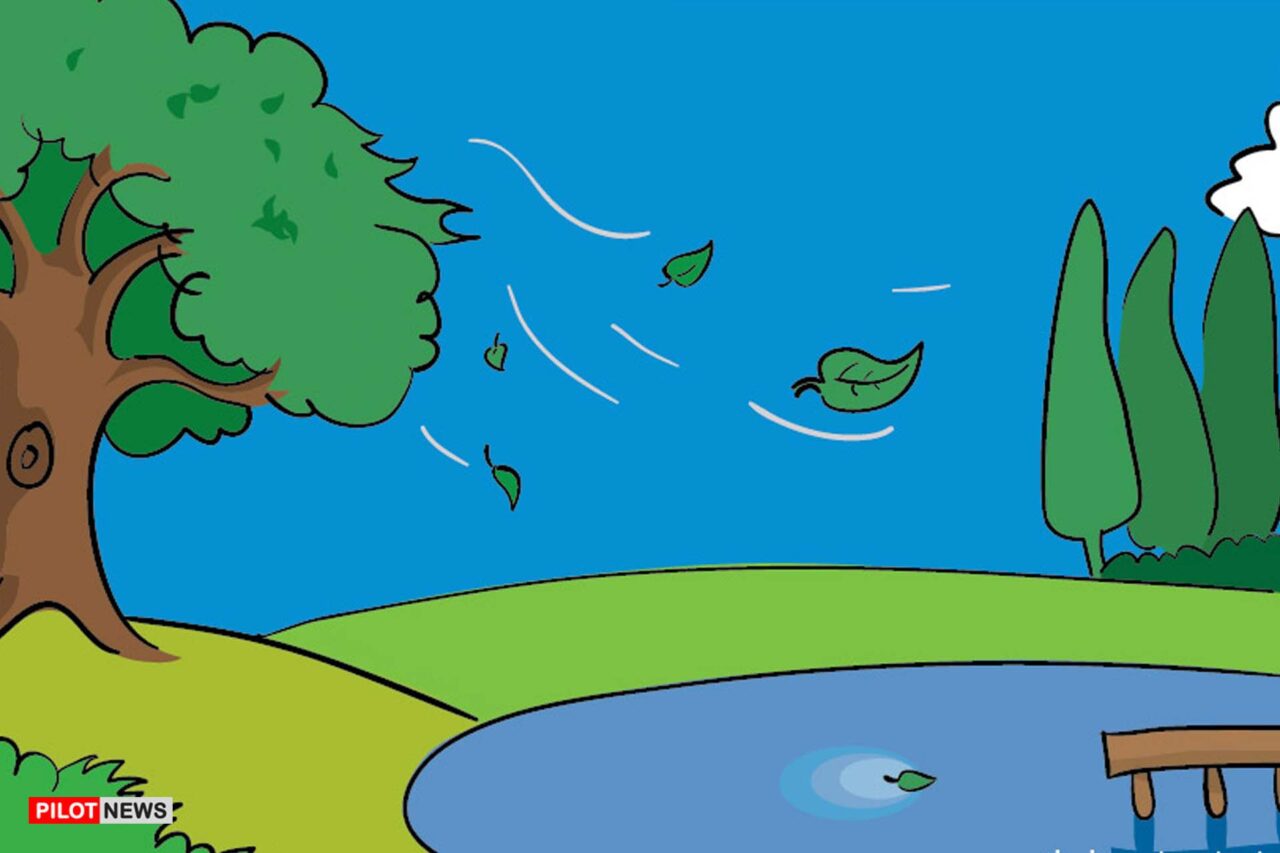 The consciousness of this visitor, who obviously seemed to want a friendship with me, began to weary me.

‘Why would she not begin a conversation?’ I thought. She just sat beside me, smiling for whatever reason I could not fathom. I studied Economics and know the importance of resource management. There had to be a cogent reason for me to spend my widened lips and exposed teeth, before it happens.

‘Since all she knew how to do was smile, she would feel the definition of ignorance today’, I conceived. Having some escorts should not make her feel like some dignitary that does not exchange pleasantries, especially when she is the one in my space.

Her escorts continued to rumble, roam and chatter, respectively. The temperature of my patience began to rise. Maybe to further test my faith, the breeze turned into a wind and did the unspeakable.

It had been laughing aloud and uncontrollably outside, but I did not think it would lack so much control to stumble into my house. Not only did it stumble in, but it also fell on me, rose up, and fell on my curtains, almost ripping them apart. It began to slam my doors as it had a frequent spike in laughter.

My eyes turned red. This was the most unruly of all. I arose angrily and headed for the windows. ‘You lack manners’, I shut it out.

As if that was not enough, the already rumbling cloud suddenly became a disco light exhibitor, flashing lights of colours into my house.

‘What in heaven’s name was this supposed to mean?’

“Will you be civilized for once!” I screamed.

Trying to curtail its excesses, the cloud replied:

“Forgive me, ma’am. It’s an old friend of mine. We have not met in a long while. I’m really sorry about that.”

The ever-talking gang, too, was annoying. ‘What was it that they discussed that would not give them a minute of silence? Hian’.

I returned to my seat and could not find my uncourteous visitor.

‘Where had she gone to?’ I wondered. I would have been happy if the answer was ‘out’ or ‘home’ or ‘away from my house’, but her escorts were not only present out there but very active.

I began to walk into the different sections of my house to quench my curiosity. I opened the door of my room, reluctantly, as my last guess. And there she was, lying majestically on my bed.

My jaw dropped as forces of rage found their way from my belly to my mouth.

Right at the verge of unleashing, the trespassing wind banged my window. My attention moved, my lips paused and I walked towards it.

It pretended not to understand the meaning of my silence and continued banging to my face. The lead of patience on my fury container broke, and I opened the window for an outpour.

The wind had stuffed my face with some clothes and carried its mistress before I knew it. I removed the clothes and saw that it was mine.

I heard the blade slaps of a helicopter and ran to my veranda to unravel this mystery.

The cool evening and her escorts were waiting to board it and like a helpless fellow, I screamed, “my clothes!”

I ran outside and packed in my dry clothes hanging on the thin wire.

Halfway in, the blade slap drew nearer and it began to rain. Like the dawn of the day, it became clear what the evening meant.

She was not the one in my space. I was in hers. She, being a gracious fellow, looked out for all that occupied her space. No, she was not being rude; her mode of communication was simply artistic. I had just missed an opportunity of sweet communion with Mother Nature.

She comes by every day, in different styles: grand or serene. Do not emulate my reactions.