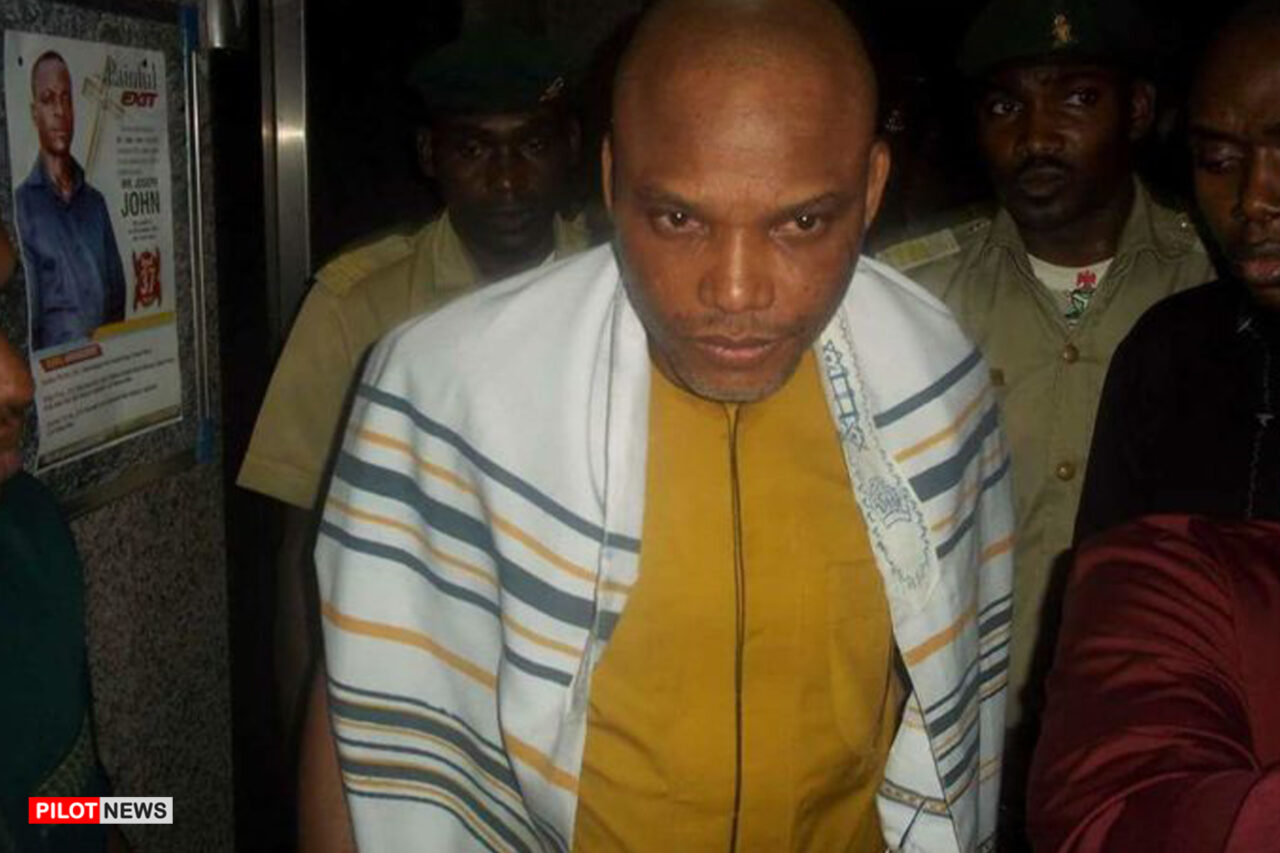 ABUJA — There was obvious increase in security around the Federal High Court on Monday morning ahead of the resumption of the trial of Nnamdi Kanu.

However, Kanu did not appear before the court as expected, which made the court adjourn the hearing till October 21, 2021.

When the case was called up, the court was informed by the prosecution counsel, M.B. Abubakar, that the matter was slated for hearing and that they were ready to continue.

Kanu’s lawyer, Ifeanyi Ejiofor, told the court that there was a pending application before the court to transfer Kanu from the custody of the DSS to the correctional centre.

Justice Binta Nyako said that the trial cannot continue in the absence of Kanu since he is not available to stand his trial.

Justice Nyako then called on the DSS to produce the activist in court for trial.

According to the report, major entrances to the court were blocked by security operatives.

Kanu is the leader of the Indigenous People of Biafra (IPOB), a group seeking for the self-determination of Igbo people of southeastern Nigeria, to form the Republic of Biafra.

The IPOB leader was first arrested by the Nigerian authorities in 2015 on an 11-count charge bordering on “terrorism, treasonable felony, managing an unlawful society, publication of defamatory matter, illegal possession of firearms and improper importation of goods, among others.”

It is expected that the Federal Government will bring new charges against the activist on Monday.

Kanu had fled Nigerian in 2017 after he was granted bail based on medical reasons.

He fled the country after the military in Afara-Ukwa, near Umuahia in Abia State invaded his home.

Before his re-capture by Nigerian authorities, he had been sighted in Israel and had continued to rally his supporters in Nigeria through his Radio Biafra broadcasts to continue to work toward achieving secession.

Kanu was intercepted on June 27 and was repatriated to Nigeria in a shadowy operation conducted by Nigerian security operatives in collaboration with international partners.

The Nigerian government has promised to grant him a fair trial.

Counsels To Igboho To Block His Extradition