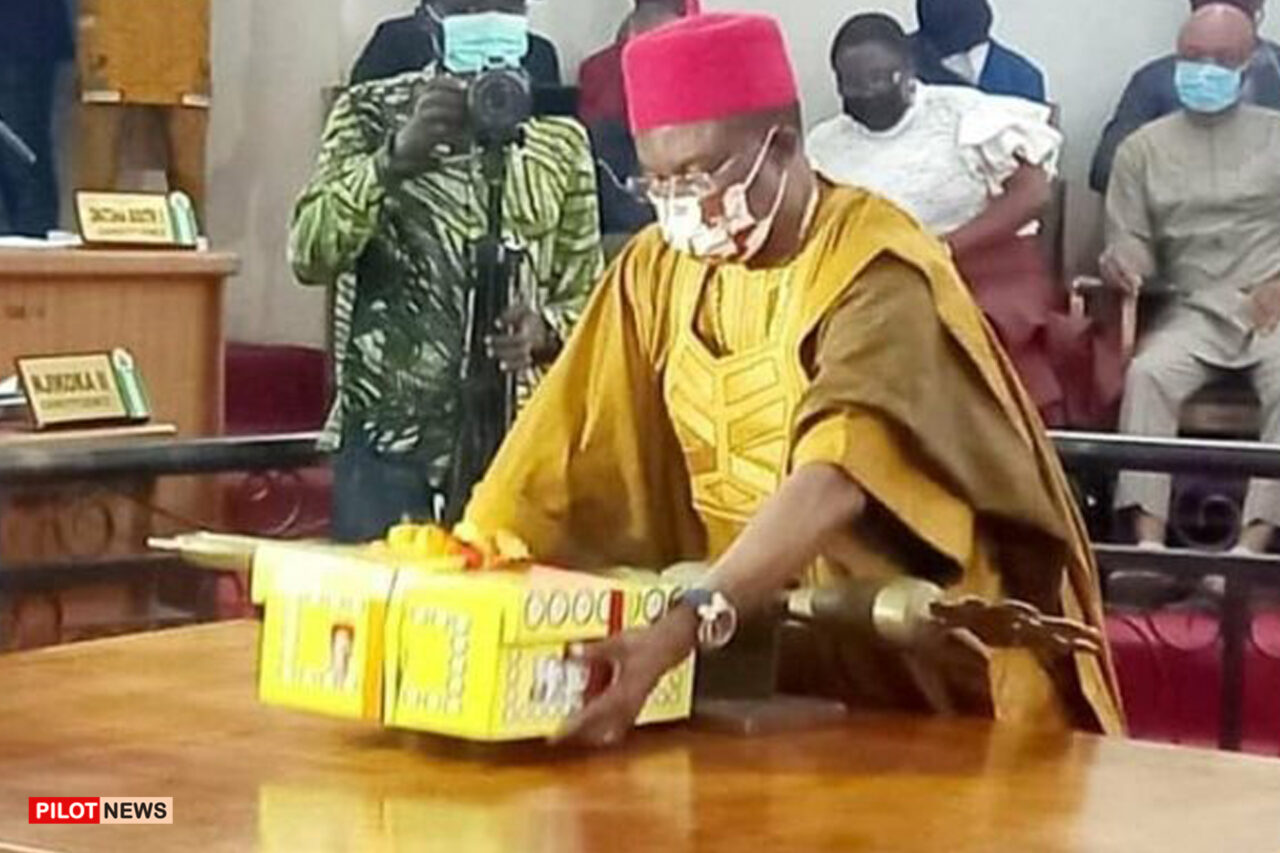 Any student of politics will recall that one of the most distinguishing features of political power is that it is transient.

Every kin observer must have taken careful note of the significance of all that transpired yesterday (October 14) during governor Obiano’s presentation of the 2022 draft estimate to Anambra State House of Assembly. It is like watching a replay of a defined end. For some of us, it is an opportunity to sit back and observe how it feels to be at the point of exiting powerful political office, but even more importantly, how people tend to treat someone about leaving an important political office. In all, it was an experience filled with lessons for all political officeholders. Any student of politics will recall that one of the most distinguishing features of political power is that it is transient. That is to say that it just disappears. No matter how long you are able to keep it, no matter how comfortable one gets with it, it is just as certain as day and night, pass away. These are lessons that expose the hypocrisy of not just politicians, but human beings, especially in our clime.

All the thirty members of the Anambra State House of Assembly are fully aware that the governor is coming to present the 2022 budget to the House. Governor Obiano has done this for about seven years or in short for seven times before that of yesterday. In my experience, any day the governor is coming for a budget presentation is a special day and rightly so. Usually, the House gets to its business around 10 in the morning, and before the governor’s arrival about an hour later around 11am, the House is completely set and prepared to receive the governor. As a matter of fact, any day of the budget presentation, the business of the day for the House is all about that budget presentation by the governor. But for the very first time, till almost 11 in the morning of yesterday, House members were still strolling into the complex. In fact, they gathered and started taking photographs and an argument ensued.

The argument lasted for a better part of twenty minutes, by which time the governor’s convoy was already in the Assembly complex, almost thirty minutes before the governor’s advanced team had arrived at the complex at which time only a handful of members were around. Upon Governor Obiano’s arrival, the members were still having their photographs and this lasted for another fifteen or twenty minutes, while the governor waited in his car. When they finished, they all moved at their own pace into the plenary for the business of the day. Then the governor allowed them to settle and about fifteen minutes later, he came out of his vehicle and went into the plenary for the business of the day.

This would be the very first time the governor is coming to the Assembly and waiting for the members to finish sometime as, if you like, trivial, as taking photographs, and having to wait for as much as close to an hour before he conducts his business with the House. Note that ordinarily, in the instance where the legislature and the executive enjoy equal or similar, but mutual dignity and respect, this may not matter at all. But here is a system in which the legislature has been configured by the members themselves, to be at the service of the governor. The only reason that justifies the attitude of the lawmakers yesterday was that governor Obiano will cease to be governor in a few months. In other words, they are just passing a message that his time is up. The governor himself, even when he came out of the vehicle, despite his already busy schedule, which time spent waiting on the House members had already started to distort, he looked calm and relaxed; a little more yielding and conforming to the reality that he is now almost a former governor of Anambra state. Observing all these, it is not so easy to articulate exactly how I should feel for the governor or for the legislators, many of whom may have seen the governor as their own oppressor, rightly or wrongly.

Now during the governor’s long speech, which understandably is his last budget speech and a summary of his eight-year stewardship, occasionally some House members will look at each other and laugh in mockery of diverse claims as proof of his administration’s efforts at developing Anambra state. Many of these members were the same people who called the governor all sorts of names in admiration and exaltation. But then, the governor, not seeming to notice, continued in his calm and almost sober tone of voice reading his speech till the 14th and final page, in an unusually serious and focused demeanor. Then during the closing remarks by Hon. Obinna Emeneka in which he said that he knows the governor will miss the House and that he was sure the House will miss the governor, the reaction was unambiguous.

Very clearly, the impression by House members is that they will not miss the governor. Apparently, House members were happy to have kept the governor waiting for that long because like many of them say, “let him wait for us. When we go to see him he keeps us waiting too”. The point really is that at this moment, it is clear that Governor Obiano has absolutely nothing on the members. In other words, the members do not need him for anything, politically speaking. At least, they still have two years before their own exit. However, it is the governor who needs them and he has not more than five months to the end of his tenure. The Governor needs them to pass the 2022 budget and to make his exit smoother. He needs them to cooperate with him politically ahead of the November 6 gubernatorial election. Governor Obiano acknowledged this in his speech when he said thus; “Bearing in mind that this is an election year, our hope is that you will continue to work with the executive and give the budget an accelerated consideration”. The import of that comment is that the governor understands that there is a shift in power equation and he no longer holds a position of advantage over the House members and in which case, the members may wish to hold the budget hostage or altogether sabotage him by other means.

Recently, many members of the Assembly have joined APC from APGA for various degrees of discontent with the party and its leadership. The development, along with other high and low profile defection from APGA to APC, has suddenly put the APC in a rare position of advantage ahead of the November governorship contest. In the final analysis, Governor Obiano is leaving office in five months after eight years. Right now, he is likely preoccupied with having a conversation with himself to be sure he truly did his best. But those who feel wrongly treated by the governor or by the government under his watch will not stop at anything less than dangling the vanity of power in his face. Power victimizes both those that have it and those whom it oppresses.