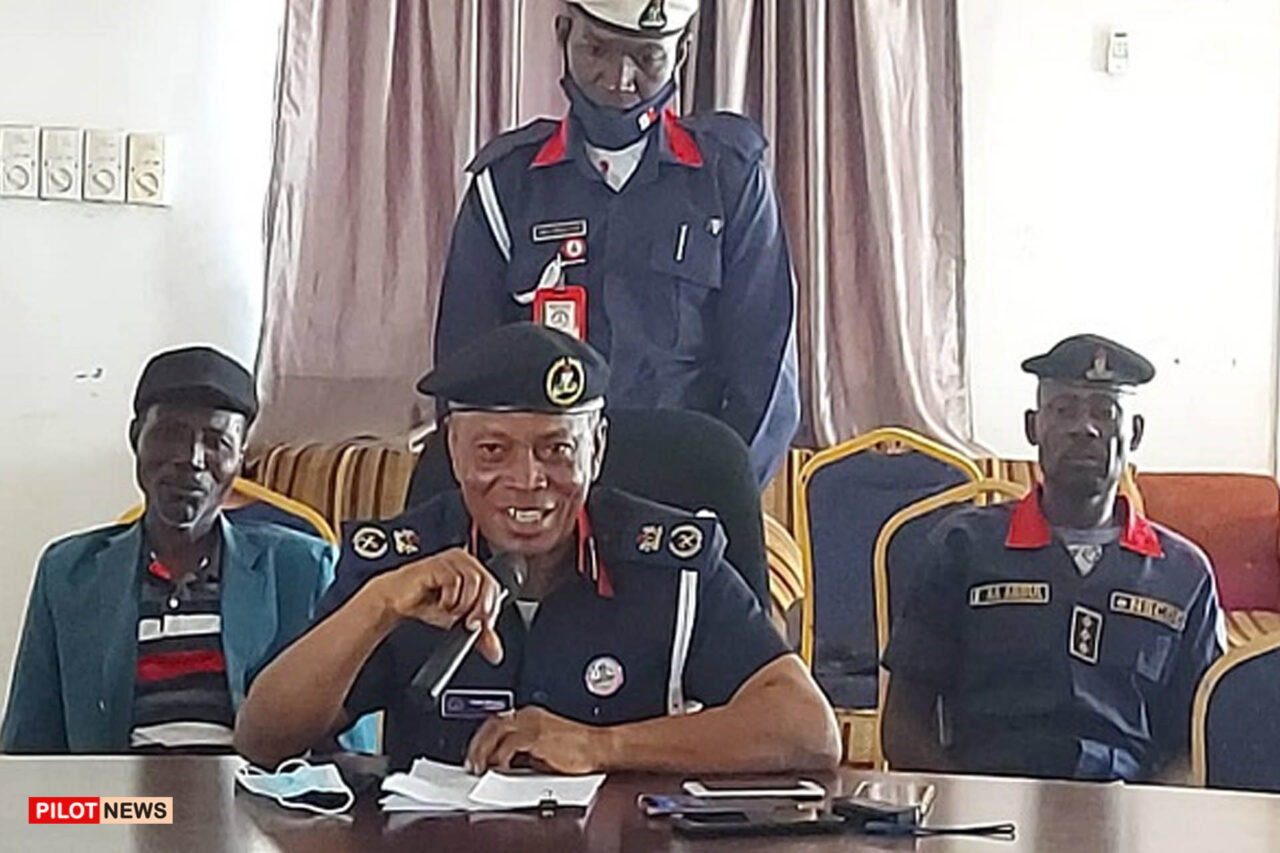 Farouq during a visit to the leadership of Nigeria Union Journalists at NUJ Secretariat in Maiduguri decried the level of vandalism of critical infrastructure which plunged most parts of the state into darkness for nearly ten months.

“NSCDC with the core mandate of protecting critical national assets and infrastructure, it is committed to providing surveillance to the facilities.”

“This is not without challenges, we cannot do it all. That is why we crave synergy and collaboration with the NUJ and Correspondents’ chapel. This crusade cannot be ours alone.”

“Federal and Borno state governments have invested huge resources in the provision of networks of roads, drainages, railway, and power installations but are being vandalized by some unpatriotic people,” Musa said.

Talba assured that Journalists will support the Command in its crusade against vandalism of critical infrastructure.

10,000 Internally Displaced Persons To Be Train On Digital Literacy