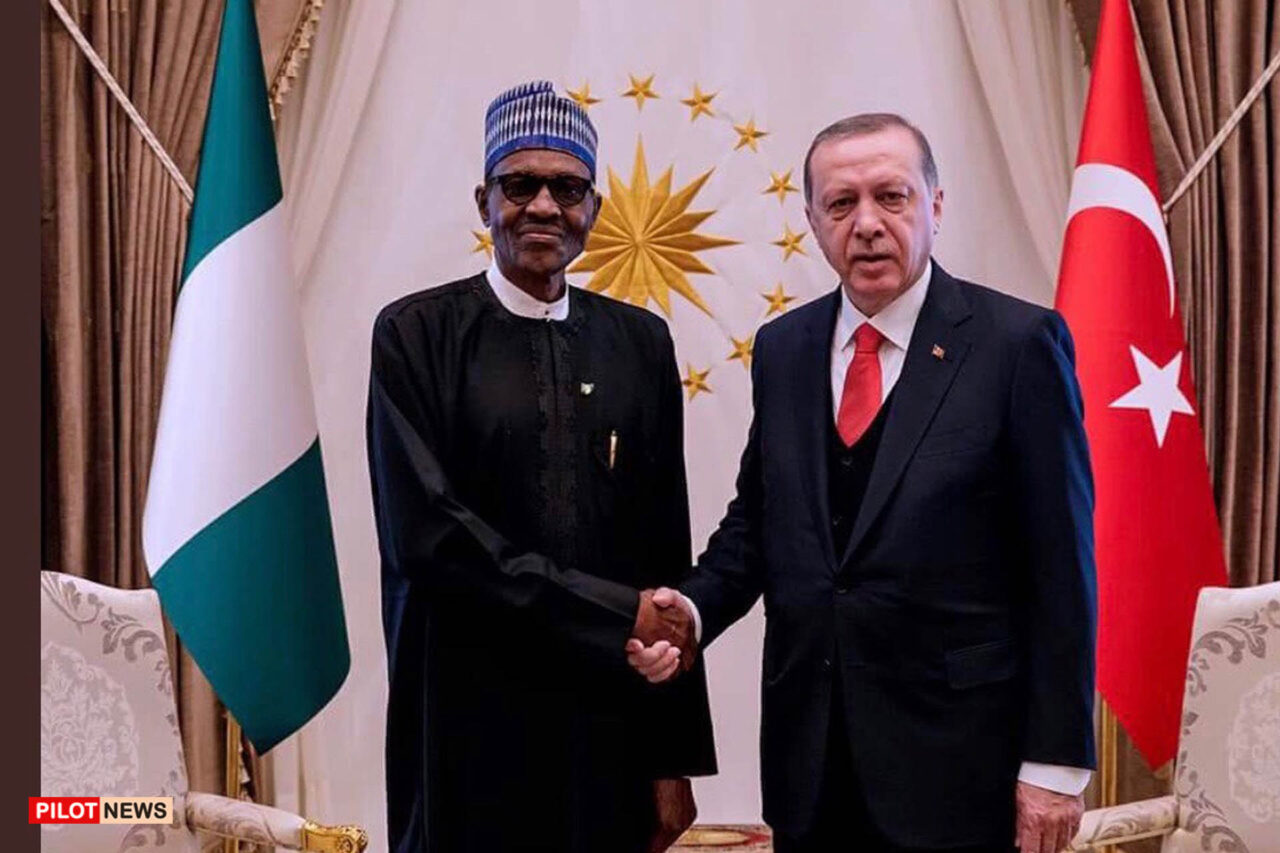 ABUJA — The President of Turkey, Recep Erdogan, says the terrorists who tried to remove him through a coup in 2016 are still active in Nigeria.

Erdogan said this on Wednesday at a joint press conference with the President, Major General Muhammadu Buhari (retd.), on the occasion of his two-day official visit to the country.

Recall that Erdogan had in 2016 accused allies of renowned cleric, Fethullah Gulen, who own Turkish schools and hospitals across Nigeria, of sponsoring the coup.

Turkish envoy in Nigeria, Mr. Hakan Cakil, had at the time called on Buhari to close the Turkish schools and hospitals in Nigeria belonging to a group of private Turkish investors who are inspired by the philosophy of the Hizmet movement.

The Nigerian government had, however, rejected the proposal, causing tension between both countries.

In what appears to be a reconciliatory move, Erdogan on Wednesday told Buhari that his administration would share intelligence with Nigerian authorities.

He said, “As Turkey, we have been closely monitoring the development in Nigeria, our brotherly and friendly nation. The terrorist organisations, the armed gangs and the marine vendors are continuously active in Nigeria and the Nigerian authorities are continuously fighting them.

“In order to cooperate further in the field of military operations, defence and security, we are doing everything that will be available. We are ready to share our capabilities, every extending capacity as Turkey with Nigeria, especially in the field of defence, industry and security which are being praised by the globe.

“The sensitivity we show in fighting terrorism, I hope will be reciprocated by our Nigerian brothers and sister and our counterparts. The perpetrators of the heinous failed coup of July the 15 FETO are still very active in Nigeria. And we are continually sharing our intelligence with Nigerian interlocutors and authorities.”

The Turkish President stated that he hoped to expand trade volume from the current $2bn to $5bn between Nigeria and his country.

In his speech, Buhari revealed that he signed eight major agreements/Memoranda of Understanding on several key sectors including energy, defense industry, mining and hydrocarbons among others.

This is as he added that implementation of all eight agreements will commence immediately.