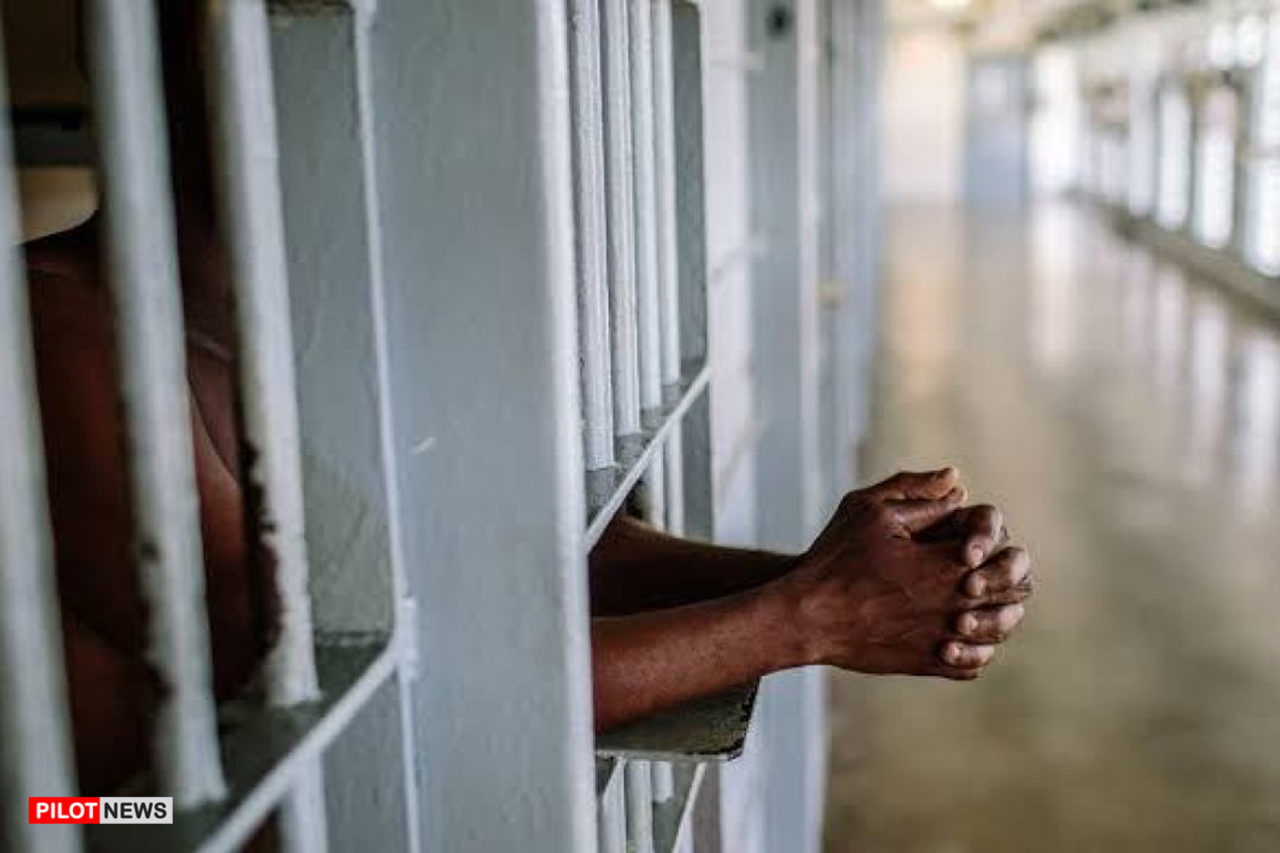 At least 371 out of the total 1,641 suspected kidnappers in Nigerian correctional centres have escaped within six months.

The jailbreaks tracked occurred between March and October this year.

A list obtained by Daily Trust Saturday from the Nigeria Correctional Service (NCoS) revealed that the 371 kidnappers escaped from two correctional facilities in Imo and Oyo states.

On October 23, 2021, gunmen invaded a correctional centre in Oyo and set free 837 inmates, out of which 104 were suspected kidnappers. Although NCoS said it had recaptured 262, it is not clear whether any of the kidnappers has been recaptured.

In an attack on a correctional centre in Imo State on April 5, 2021, 1,884 inmates escaped, 267 were kidnappers awaiting trial.

The list also showed that 95 per cent of the suspected kidnappers, including those on the run, have spent over one year awaiting trial.

The Minister of Interior, Ogbeni Rauf Aregbesola, said a total of 3,906 prisoners who had escaped the nation’s custodial centres during various incidences of prison break were still on the run.

Aregbesola, during a recent ministerial briefing hosted by the Presidential Media Team at the Presidential Villa in Abuja, said a total of 4,369 inmates escaped from the centres from 2020 to date, adding that 984 of the number had so far been recaptured.

He noted that the biometrics of all custodial inmates in the country had been taken, which he said would enable the escapees to be rearrested.

The minister said, “How long can they continue to run from the state? The state is a patient bird. You can run but you can never hide.

“We have their biometrics. Whenever and wherever they appear to transact any business, their cover would be blown open.

However, a senior NCoS official said the rising cases of prison break in the country was connected to the keeping of criminals like kidnappers and robbery suspects in prison for a very long time without trial.

The official said, “They (kidnappers) are kept in various correctional centres for years awaiting trial. This always gives them opportunity to establish contacts with their gang members who mostly attack the prisons and set them free.

“Until we get it right, this will continue unabated. So, it’s high time for the government to do something about these criminals, because keeping them without trial is like setting them free, indirectly. We are tired of keeping them here.”

In late October, around 9pm, gunmen invaded the Oyo Medium Security Custodial Centre, Abolongo, Oyo State, and freed 837 inmates, out of which 262 have been reportedly recaptured.

According to the NCoS Comptroller of Oyo State, security agents have launched a manhunt for the fleeing 575 inmates.

During the attack, the invaders engaged and overpowered the NCoS officers on duty and blew up the prison’s walls with dynamite.

Two security agents, an Amotekun official and a soldier were said to have lost their lives during the encounter, while others got injured.

The attack on the Oyo prison is the latest of the three jailbreaks that happened within six months.

On April 5, 2021, gunmen broke into a correctional facility in Imo State with explosives and freed 1,844 inmates in an operation that lasted from 1am to 3am.

The operation was said to have begun after the assailants sang a solidarity song in front of the Imo State Government House, Owerri, telling the inmates that, “Go home, Jesus has risen. You have no reason to be here.”

On September 12, 2021. The Medium Security Custodial Centre in Kabba, Kogi State, was attacked by gunmen around 11pm, where 240 inmates out of 294 in the centre were freed. But, the NCoS claimed that it had rearrested 114.

However, with the spate of jailbreaks in Nigeria, many people believe that more kidnappers will be set free if the government does not take appropriate action.

Reacting, Mrs Ogechi Ogu Es, Deputy Director, Prisoners Rehabilitation and Welfare Action (PRAWA), attributed jailbreaks in Nigeria to the congestion and degrading conditions of custodial centres, saying that over 90 per cent of the inmates in some facilities were awaiting trial.

“When an inmate stays too long awaiting trial under cruel, inhuman and degrading conditions, there is likelihood of extreme reactions which may come by way of jailbreak.

“Such frustrated inmates are likely to buy into anything that will help them out of custody no matter how risky that is.

“This is where we have found ourselves today, and unfortunately, some external forces yet to be identified by the government are helping these inmates escape by invading the facilities.

“Going by the enlisted challenges, the solutions are very clear: there should be intentional effort by arresting agencies to ensure that inflows into custodial facilities are reduced and pre-trial detention is used strictly for deserving cases.

“As much as possible, investigation should be done and prima facie cases established before arrest and detention.

“There should be intensive capacity building for investigators of serious offences such as kidnapping. Technology and forensics should be deployed and resources for this be made available to law enforcement agents,” she said.

In his comment, Dr Aliyu Ibrahim, a Law lecturer at the Umaru Musa Yar’adua University, Katsina, said the police were the ones saddled with the responsibility of investigating the commission of criminal offences, but that the time it took them to complete an investigation largely determined whether the case would be prosecuted timeously.

“Investigation of serious crimes like kidnapping by the police takes a minimum of one year before the case diary is forwarded to the Ministry of Justice for it to determine if the defendant has a case to answer.

“In the meantime, those accused of the offence are taken to magistrates’ courts periodically for cognisance and returned to prison. This has greatly increased the number of pre-trial detainees.

“The Administration of Criminal Justice Act (ACJA) was passed in 2015 to address, among other issues, this inordinate delay by providing that persons should not be kept in pre-trial detention for more than 58 days without being properly charged before a court of competent jurisdiction.

“However, the law has not made much impact to change the situation. There is need for both the federal and state governments to ensure that the police complete their investigation within the 58-day timeframe provided by ACJA. This will reduce undue delay in the prosecution of kidnappers.”

When contacted, the spokesman of NCoS, OF Enobore, said so long as a person escaped from lawful custody, the only thing that would separate them from being recaptured was death.

“If they don’t return, it means they will remain fugitives for the rest of their lives, Mr Enobore said.

On the 371 kidnappers that escaped from the Imo and Oyo custodial facilities, he said, “I don’t have that information and don’t know where you got it, because there’s no time we have a compound figure of kidnappers in our custody.”

11 Killed in Attack On Plateau Community