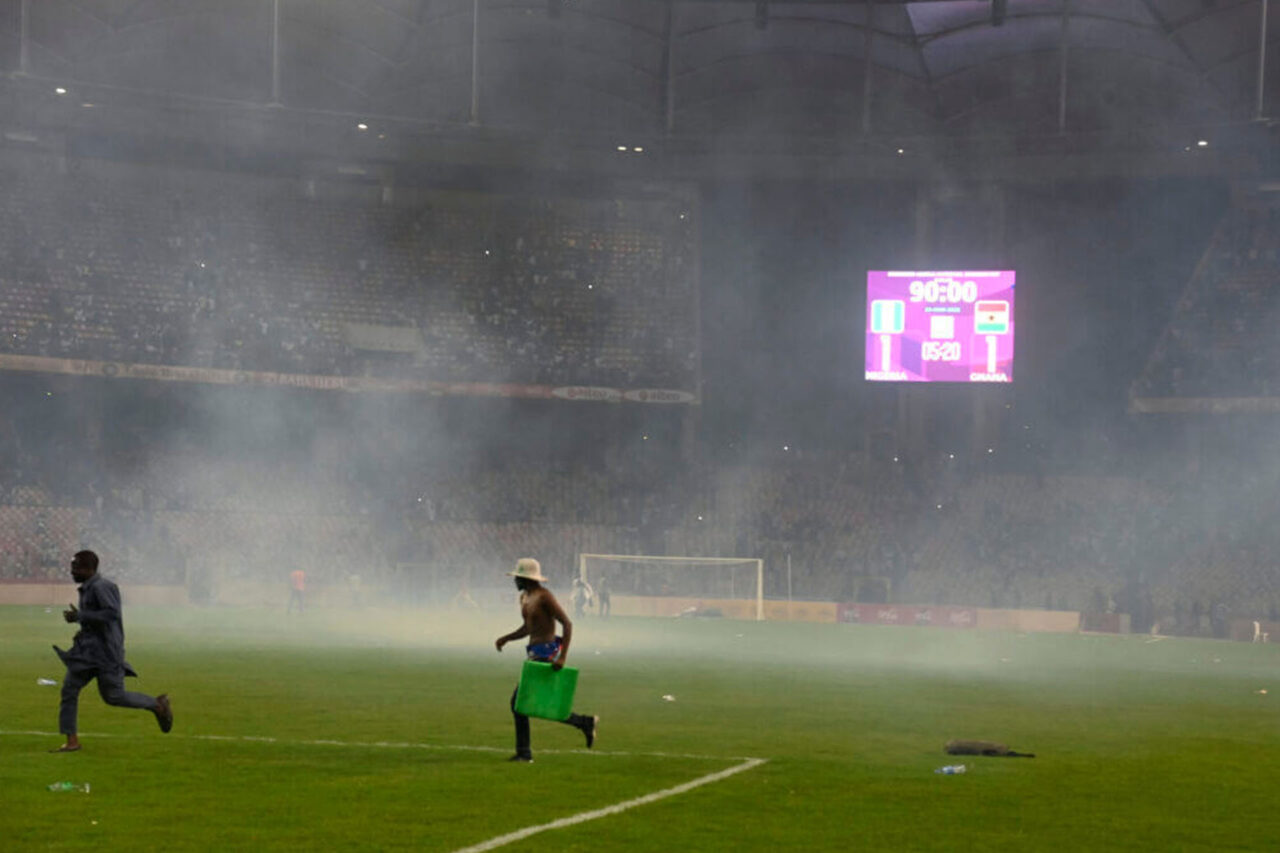 The result of Nigeria vs Ghana World Cup qualifier football match has created an opportunity for many Ghanaians to banter with Nigeria on social media.
The Black Stars held the Super Eagles to a 1-1 draw at the Moshood Abiola National Stadium in Abuja on Tuesday to qualify for this year’s World Cup in Qatar.
The two teams had settled for a goalless draw in the first leg played at the Baba Yaro Stadium in Kumasi on Friday, March 25.
During Tuesday’s encounter, Thomas Partey and William Troost Ekong scored the goals of the match.
With the result, Ghana has qualified for its fourth World Cup while Nigeria’s quest for its seventh appearance at the world’s premier soccer tournament will wait for another four years.
Reacting to the Black Stars’ victory, John Dumelo shared a video of himself celebrating the win at a restaurant in Ghana.
The Ghanaian actor said the result of the game was a confirmation of his initial description of the Nigerian team as “Super Chickens”.
“I told you they were Super Chicken!!!! Congrats black stars!!!” Dumelo wrote in a Facebook post.
On his part, singer Wale published numerous voice notes of himself making jest of Nigeria on the microblogging site, Twitter.
He accompanied the clips with a terse caption that reads: “Don’t try Ghana…”, suggesting that the Ghanaian national team is simply better than the Super Eagles.
Ghanaian social media influencer, Kaly Jay, also embarked on a troll mission directed at Nigerians who are still nursing their heartbreak from the Super Eagle’s defeat.
In a series of tweets, the influencer threw jabs at Nigerians and even made a comment about eagles not being able to fly over stars in the sky.
His tweets: “Nigerians didn’t Cedis coming.”
“Italy: We didn’t qualify for the World Cup.
Nigeria: Naira did we.”
Lastly, “You see eagle wey fly higher than star before.”
Meanwhile, popular TV host, Frank Edoho has clamped down on Kaly Jay for making a pass at the Super Eagles.
Quoting Kaly Jay’s tweet, Edoho wrote, “Don’t worry. When you get eliminated in the first round of the World Cup, una go kuKUMASI.”