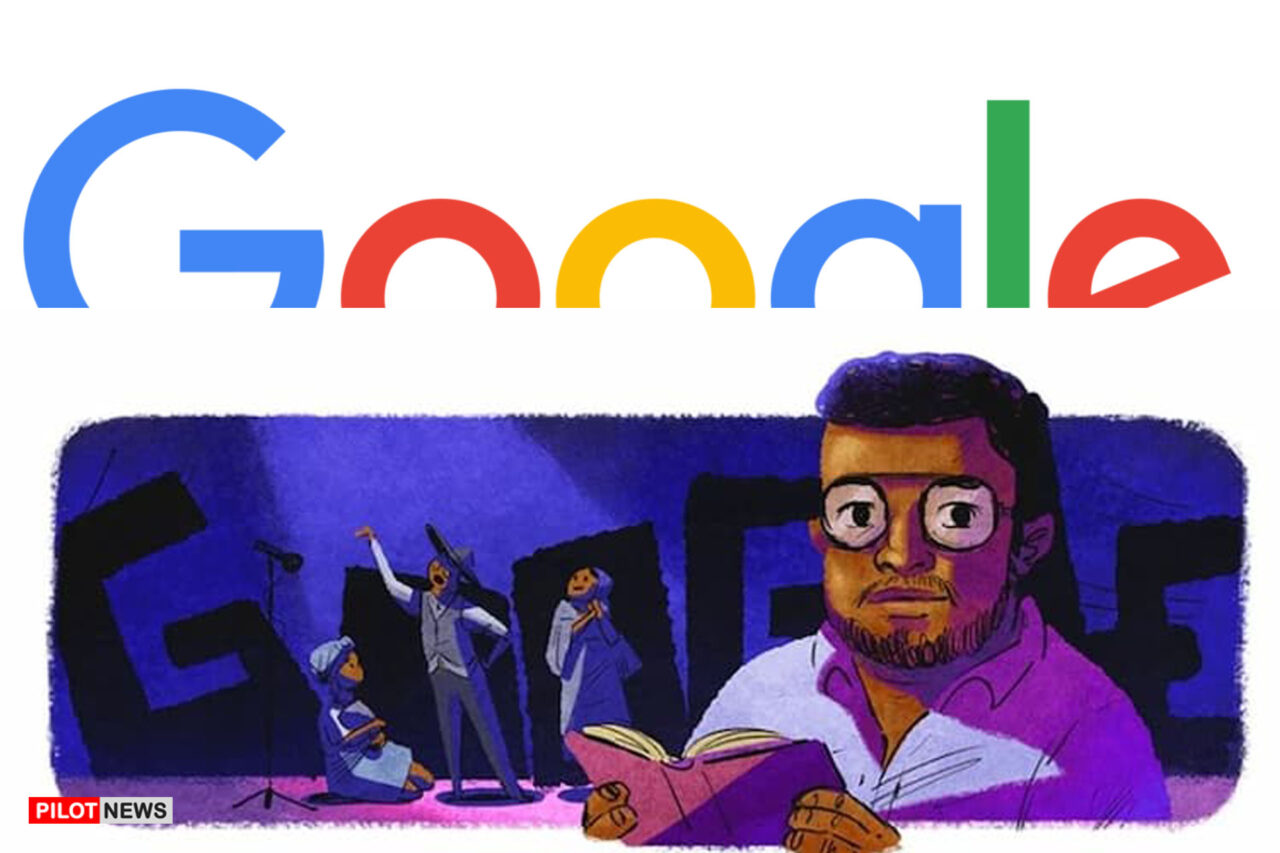 If you’ve opened your google browser today, there is a high chance you’ve seen the Ola Rotimi’s doodle.

Today, Wednesday April 13, 2022, Ola Rotimi should have been 84 and Google has honoured him by displaying a drawing of the playwright on their official logo.

The image is that of a bespectacled Black man with a receding hairline and scrubby beards with an open book in his hands.

In the background, three figures are acting in a play that looks like a scene from The Gods Are Not To Blame.

Ola Rotimi was born on April 13, 1938 to a family of artists that triggered his desire and passion for the arts.

His mother, an Ijaw managed a traditional dance group while his father, a Yoruba man ran a community theatre.

At the age of four, Rotimi was featured on stage for the first time at a play produced and directed by his father.

During Rotimi’s career, he wrote and directed numerous plays and short stories that mirrored the richness of Nigeria’s culture, diversity, and local traditions.

He was nicknamed ‘a complete man of the theatre’ because he was an actor, director, playwright, choreographer and designer.

Some of his most celebrated and award-winning works include The Gods Are Not to Blame, which is a 1968 play adapted from the Greek classic Oedipus Rex, Our Husband Has Gone Mad Again, Kurunmi and Ovonramwen Nogbaisi.

Fear Not, There Are Still Good Marriages, Omotola Preaches