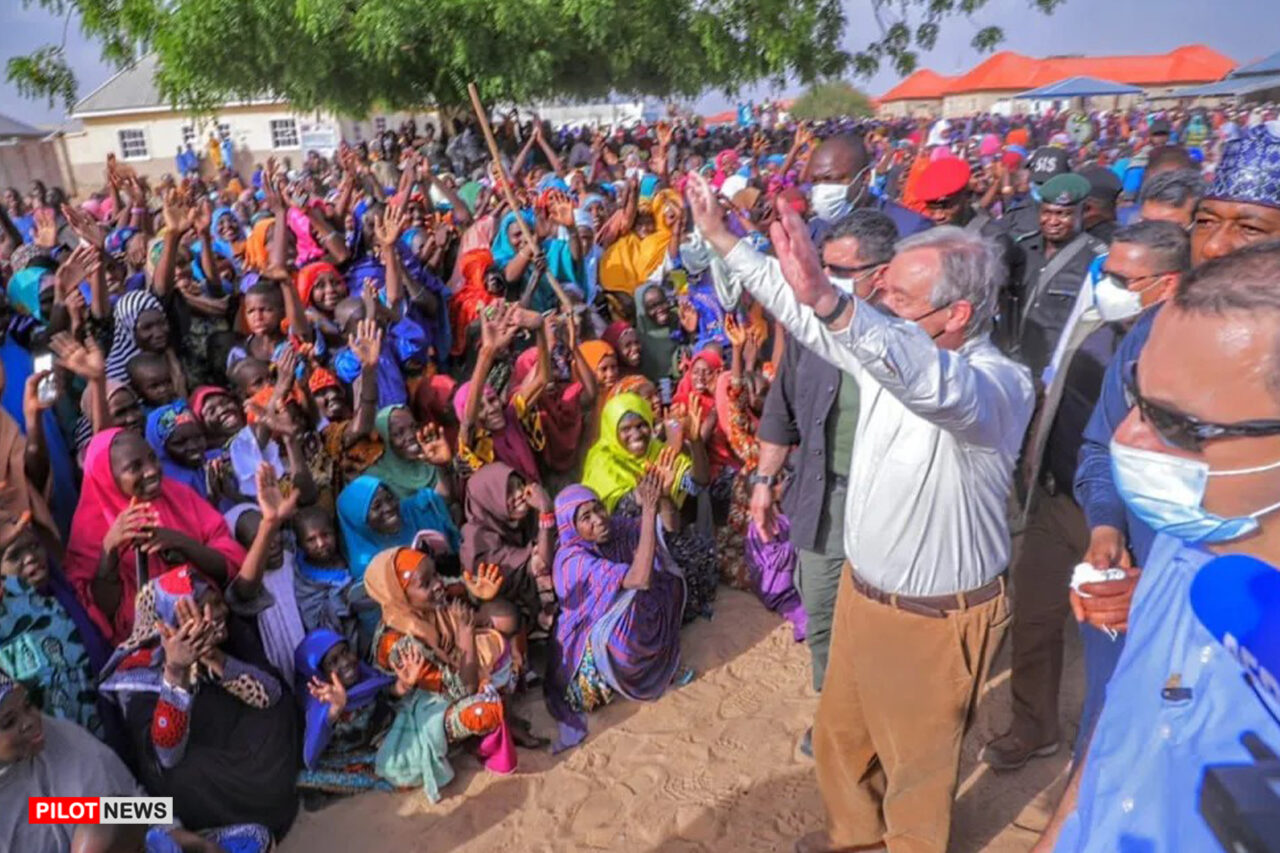 During the visit to Maiduguri, Borno state Gutteres said the UN will continue to support the rehabilitation centre for victims of Boko Haram and an Internally Displaced Persons (IDPs) camp in Maiduguri.

The UN Secretary-General, who showed concern over the plight of the affected persons, said Boko Haram insurgents would soon disappear because they had already been weakened.

“I am very impressed in the IDP camps to see that what they want is not food, support, blankets. And of course, they want to be able to go back home in dignity and safety, but I understand the dimensions of the problems require much more resources.

“I saw the people who had suffered, smiling and hoping for the future. I saw ex-combatants, ex-terrorists, trying to re-integrate into society. I discover here in Borno, that if you shoot the terrorists, of course, that won’t stop terrorism. You have to address the root causes and the governor is determined to address the root causes of the problem.

The Governor of Borno State, Babagana Zulum, who briefed the secretary on the situation in Borno, lauded UN for its support to the state and urged for more, particularly in the areas of the ongoing rehabilitation, and reconstruction and resettlement of the IDPs.

Zulum said many of the IDPs had stayed for several years in camps and were eager to return to their recovered homes but the destroyed structures were yet to be reconstructed.

Borno Commissioner for Women Affairs and Social Development,  Hajiya Zuwaira Gambo who received the delegation at the rehabilitation home, said from 2016 to date, the centre had rehabilitated 7,039 women and children affected by the insurgency.